Plus one I finally gave up on, and two for which I need your opinion

Maybe it was the blank slate of a new year. Perhaps it was the dreary weather keeping us cooped inside. Or, blame that Marie Kondo Netflix show everyone pretended they loved.

But one day at the beginning of this year, I took visual inventory of the overstuffed bookshelves in my office, and wondered, “What the hell are all these books and do I care about any of them?”

Having never read The Life-Changing Magic of Tidying Up and barely making it through Episode 1 of the Netflix show, this was my “spark joy” equivalent.

I spent the subsequent afternoon sorting through and carting 50 books to our building “library,” a mishmash of weird, wonderful, and often outdated tomes piled just inside our parking garage (it’s like a free book bazaar that is kind of an eyesore, but everyone puts up with it because you occasionally find something great). And whaddya know—miracle of miracles! The bookshelves looked great! So fresh! So clean! My workplace productivity increased by 50000%!

The office clean out spurred a similar one for our hallway closet, previously a mess of folding chairs, Christmas ornaments, and an avalanche of those never-used nylon grocery sacks. My favorite discovery in that black hole was two fishing rods last used by Joe in 2007, on his first and last fishing trip to Lake Tahoe. We certainly sparked joy reminiscing about how his fishing buddy had spent 40 minutes readying the line, only for Joe to attempt his inaugural cast and tangle the entire thing so as to be unusable.

No one has offered to take him fishing since.

But while the whole Marie Kondo method—or its basics, at least—has worked in virtually every other space in our house, I’ve never attempted it with the clothing in my closet.

Why? Because I don’t trust it to keep me from doing something I’ll regret. 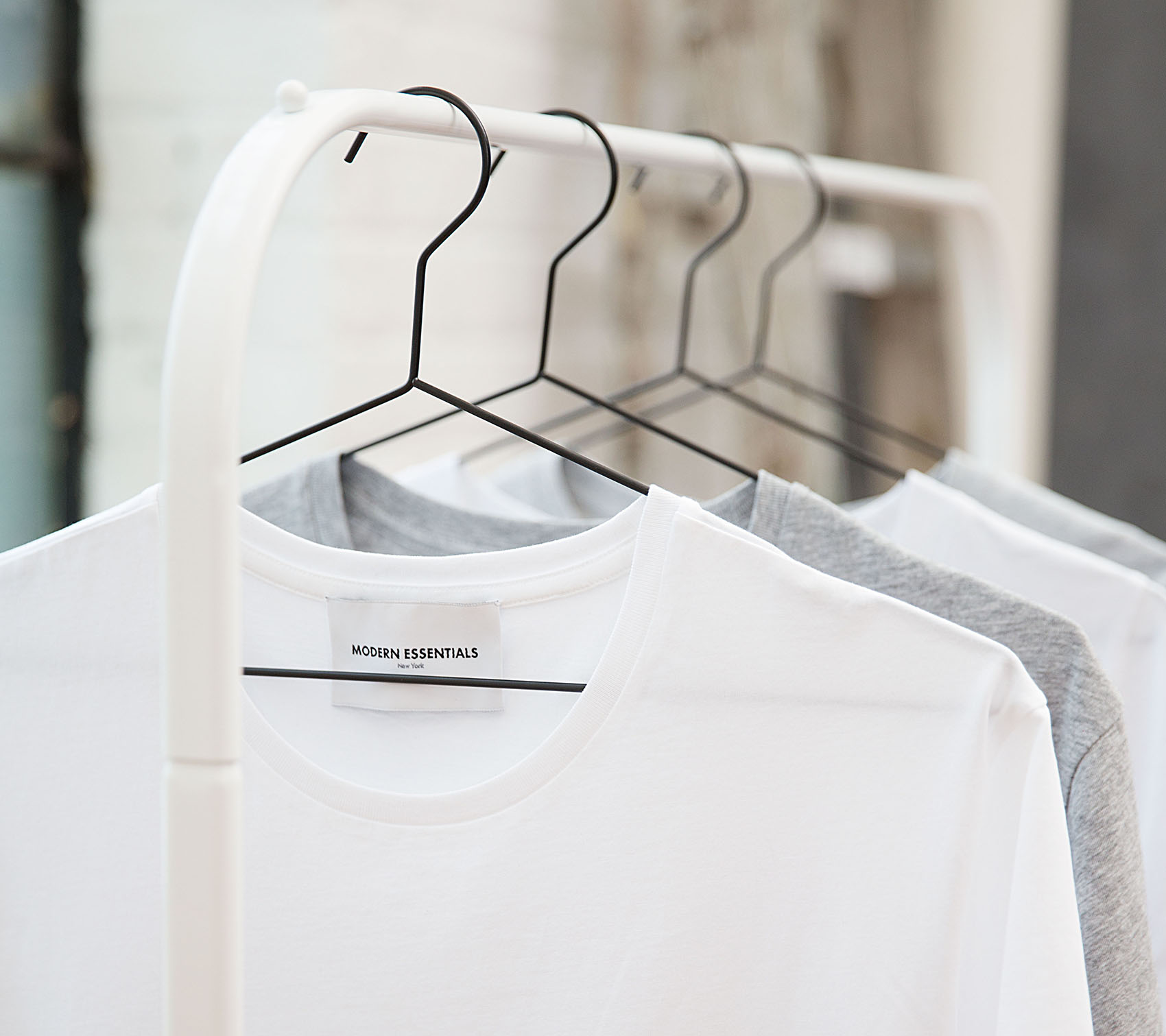 Like, what if the pursuit of joy had resulted in giving away the knee-length, wide-rib, tie-waist J.Crew sweater cardigan I’ve owned since—get this—1999? Procured during the fall of my sophomore year of high school (let that sink in for a minute), it was my autumnal topper of choice when I’d run out the front door of my house and hop into my friend Kat’s puttering, beat up Chevy Blazer, inevitably off to the Gateway movie theater where after, I’d call my mom on a payphone to tell her we were going to T.G.I. Fridays.

Over the years, that cardigan landed atop a giveaway pile more than once. It languished in my closet during college; it almost didn’t make the move with us to New York in 2013. But I adored its thick, warm, chunky weave. So even when it was absurdly out of style, I could never let it go. Lo and behold, enough time passed, and long cardigans became a thing again. I bought a similar piece from Everlane a few years ago, and as much as I love it (the material is very soft), I reach for my vintage one more.

And so during a recent closet clean out—and to be clear, they do happen often—I made peace with my purging instincts, mentally tagging a few items I’ll never part with. They (mostly) do not bring me joy at present, they are taking up needed space, and I haven’t worn four of these items in YEARS. And yet, here they are, in all their never-gonna-give-you-up glory: 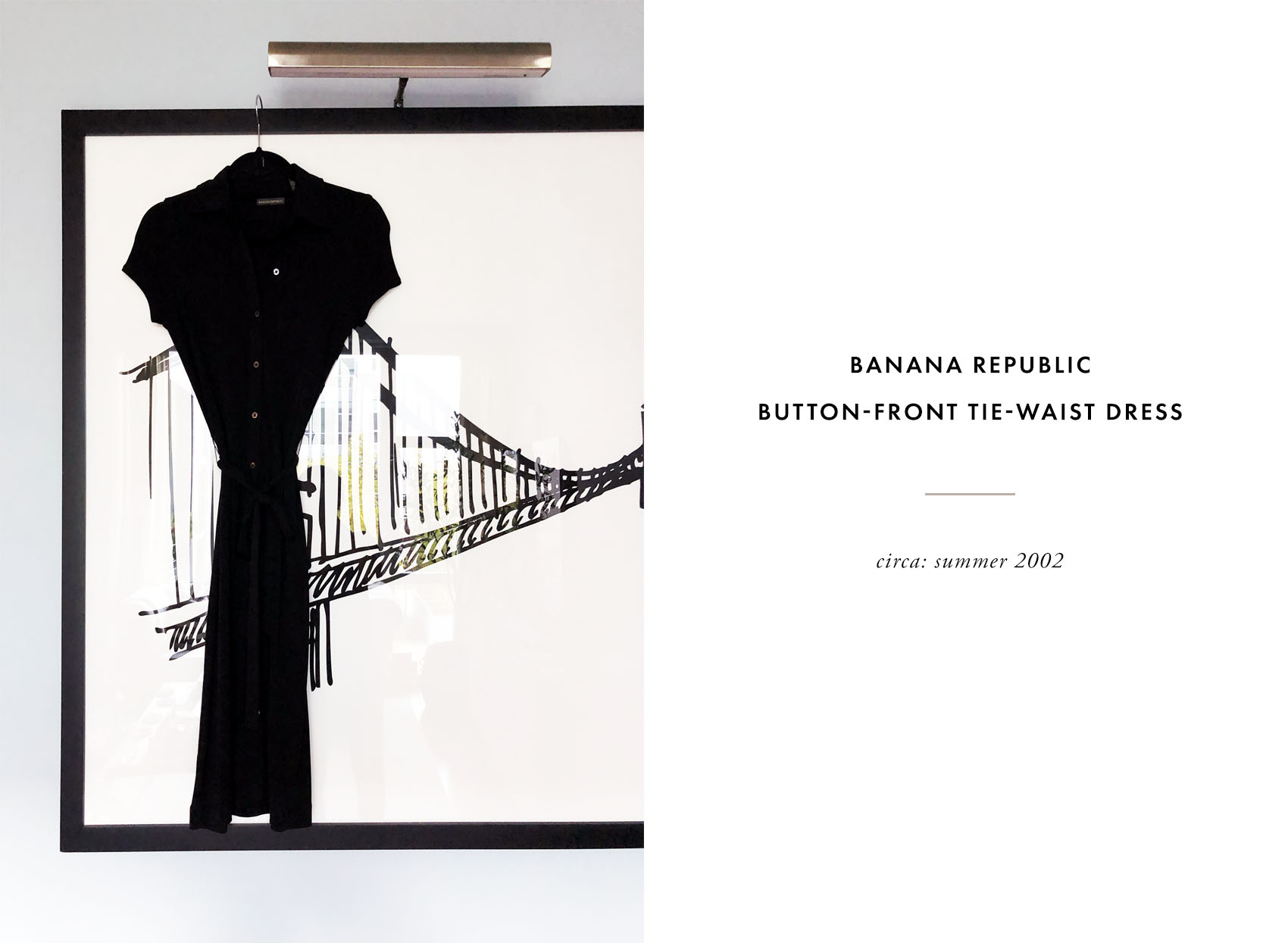 Ready for this? I wore this dress on the first day of my senior year. Of high school. In 2001. I photographed it on a hanger because on the rare occasion it’s warm enough to wear, it also requires three days at the gym and an all-vegan diet a week before. No matter—it’s such a classic silhouette I refuse to part with it. Contemporaries? Kinda. If you Google “black button front collar dress,” there are similar styles, but none I like as much as this one. I love you forever, my LBD baby you’ll always be. 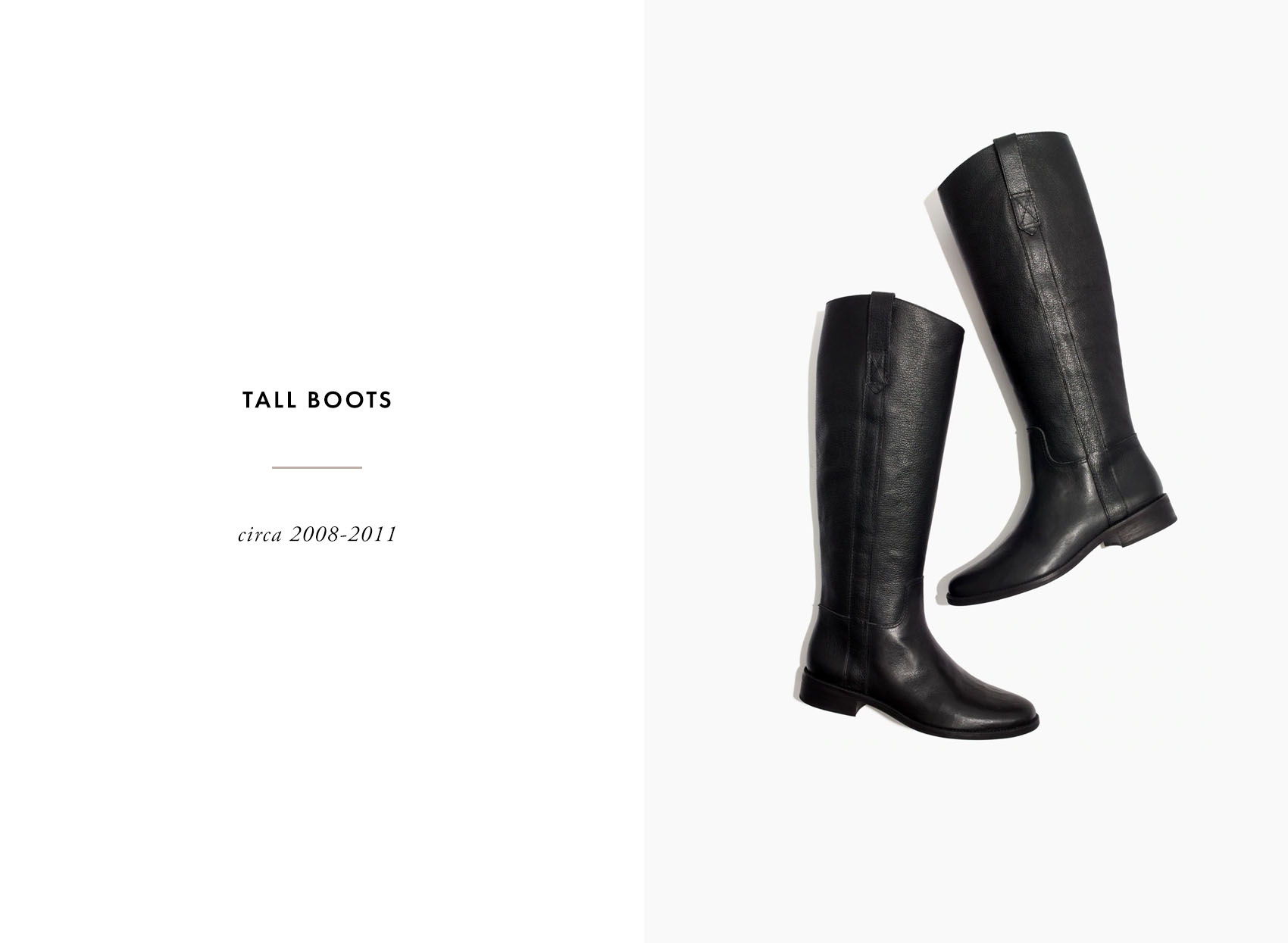 Have I worn boots of this height in the last three years? No. The over-the-knee trend arrived, and swept me and my entire winter budget allocation away with it. But we all agree there is a forever-place for tall boots in one’s closet, right? Though when their time arrives once more, I suspect they’ll take some getting used to, like when we inevitably all give in to wearing low-rise jeans again. 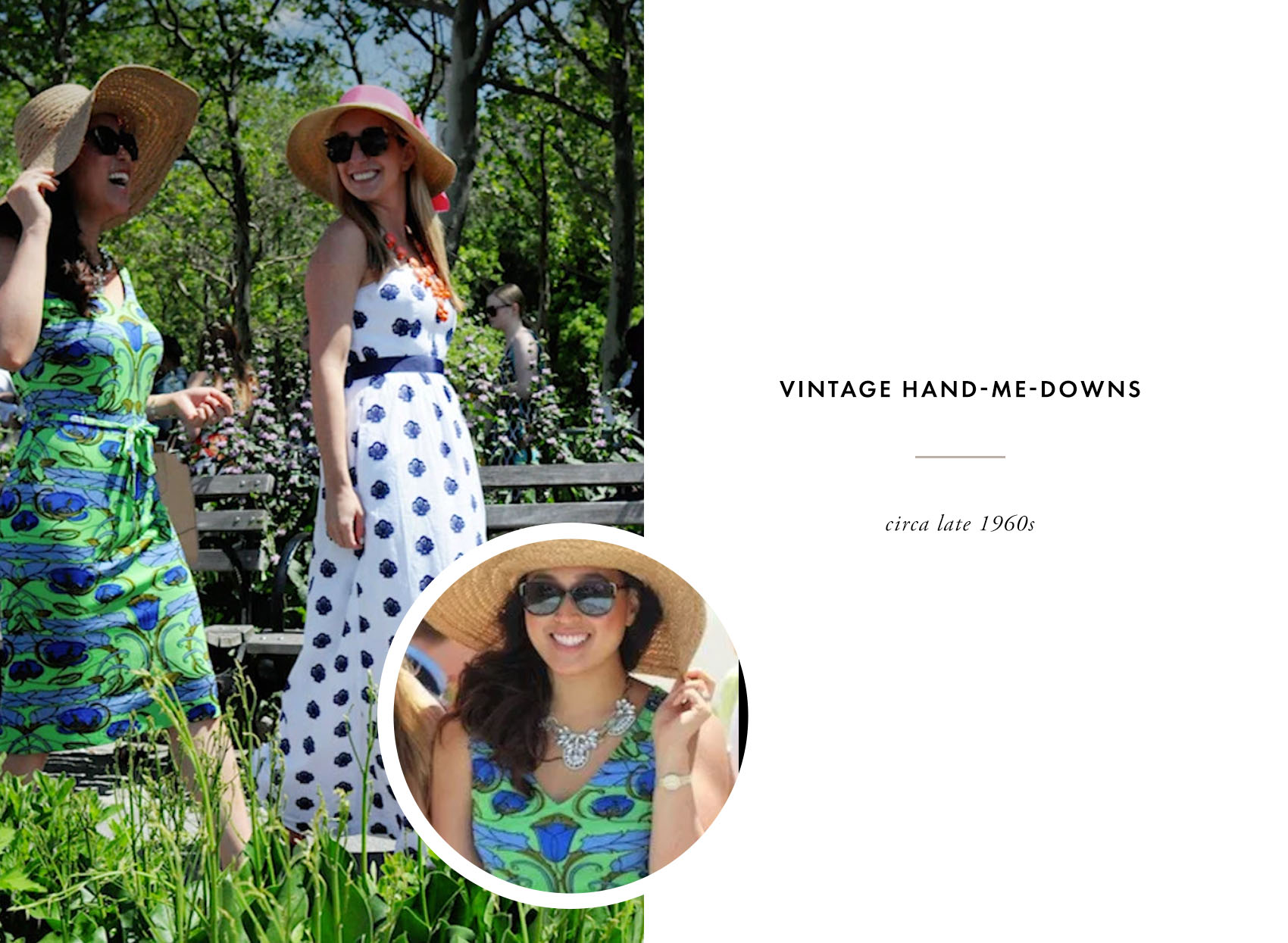 This dress is Neiman Marcus circa late 1960s, and it belonged to my grandmother. She saved it for over 50 years and gave it to me shortly before we moved to New York. I was wearing it when the late Bill Cunningham photographed me on my way to that Veuve Cliquot Polo Match thing that happens every May. (Much like Joe’s first fishing trip, that was definitely a one time thing.) It is rare that I wear it (I have done so only twice) and it’s not even really my style (“neutral” is, uhhh…not a word I would associate with it). But I can never, ever give it away. In other news, that necklace has since sparked whatever the opposite of joy is. 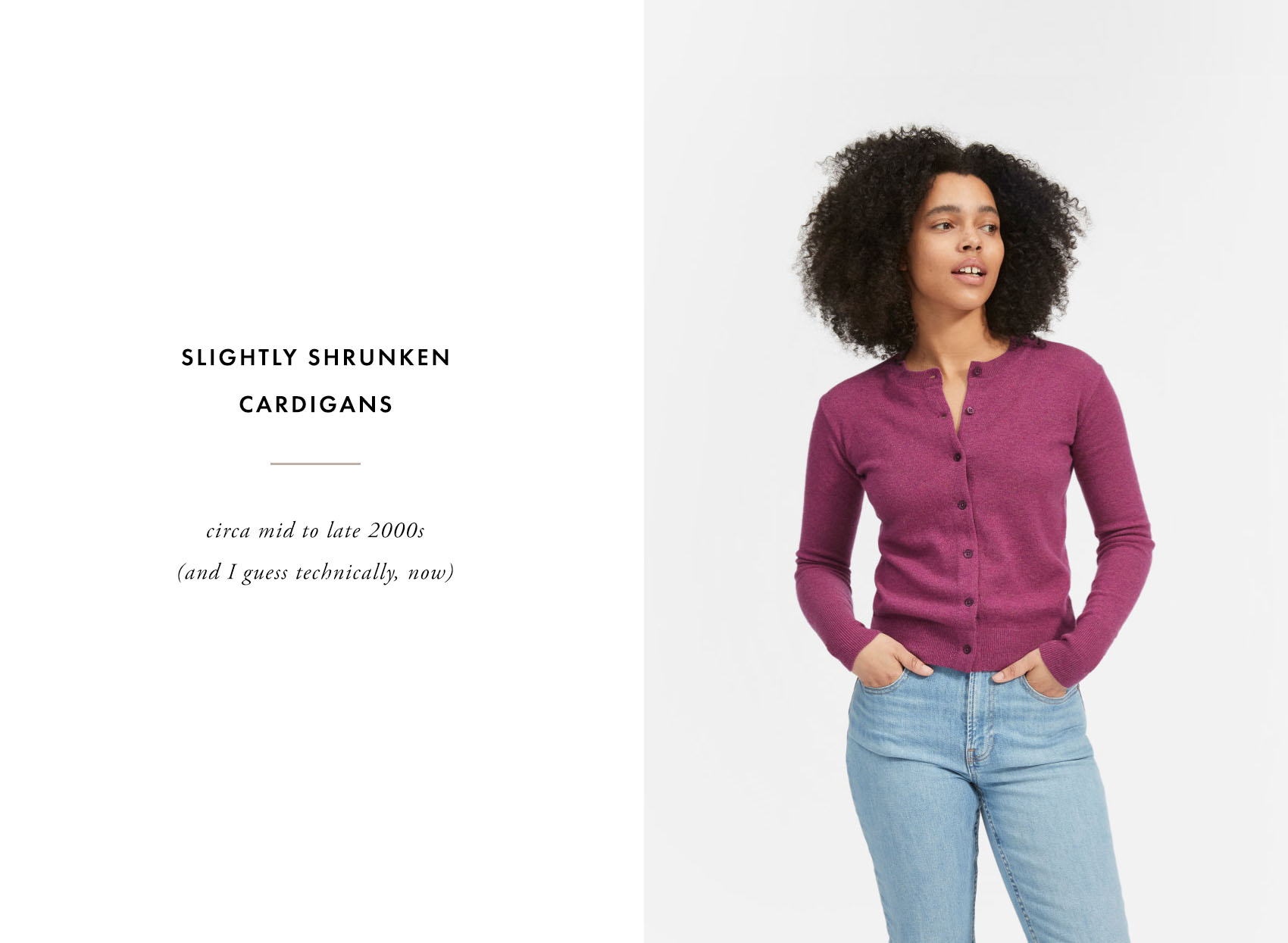 My cubicle days resulted in a plethora of short cardigans, all in various colors, textures, and materials. Many have been culled from the collection over the last 7 years, but there are three holdouts I just can’t seem to part with, even though I never wear them (and honestly, my body was not made for the current trend of wearing them buttoned up, like this). But if my 20-year old J.Crew sweater cardigan was any indication, wearing these unbuttoned—maybe even over a matching shell—is in my future, right? And, in keeping with the theme of clothes I still have from high school, there is one light purple, wool-silk blend cardigan from Banana Republic circa 2002 I don as loungewear around the house. It is in perfect condition despite being 17 years old. Can we bring back the J.Crew and BR quality of yesteryear, please?

I have a few different sweaters that when purchased were just, you know, sweaters, and these days would be merch’d as “cropped.” Translation: they now look great with high waisted jeans. I bought my favorite among them—a silk cashmere, thin-ribbed V-neck sweater from J.Crew—in 2003. It’s very fitted and on my particular body hits right at the natural waist. It bid its time during the late aughts and early 2010s, waiting for the day when like the waistlines of denim it could rise from the ashes. I can’t tell you how many times it was thrown into a giveaway pile, only to be retrieved at the last moment. I like to think it was the Ghost of Fashion Future, planting the seed of regret, so I wouldn’t donate such a treasure. Well over 15 years old, it blows my mind that this puppy has no pilling and is still in excellent condition. Rediscovered at some point last year, it’s been my favorite to pair with boyfriend jeans and demi bootcuts.

Then there are the items that have been KonMaried and for which I have zero regret.

Things I gave up on and will never regret abandoning

A faux fur vest. Purchased circa 2015 , never worn, recently offloaded at a thrift shop. Two lessons: a) do not buy things just because everyone else has them, and b) you will never be a faux fur vest kind of woman.

Items I’m thinking about breaking up with

How does everyone feel about short booties with a rounded almond toe, kinda like this? Are these still a thing (recent obsessive Nordstrom reviews seem to indicate they are)? And if they’re not, will they circle back into our lives, once the point and square toe trend passes? Asking for two friends—both of whom are currently gathering dust on the floor of my closet.

Also, polling you guys and don’t freak out: who has sold or donated their wedding dress?

So yes, I basically just wrote an entire post about how I wear clothes I have had for twenty years. I’m ok with it. What I want to know is, what are the items you’re holding on to, despite being unworn, not in style, total joy-suckers, et al? 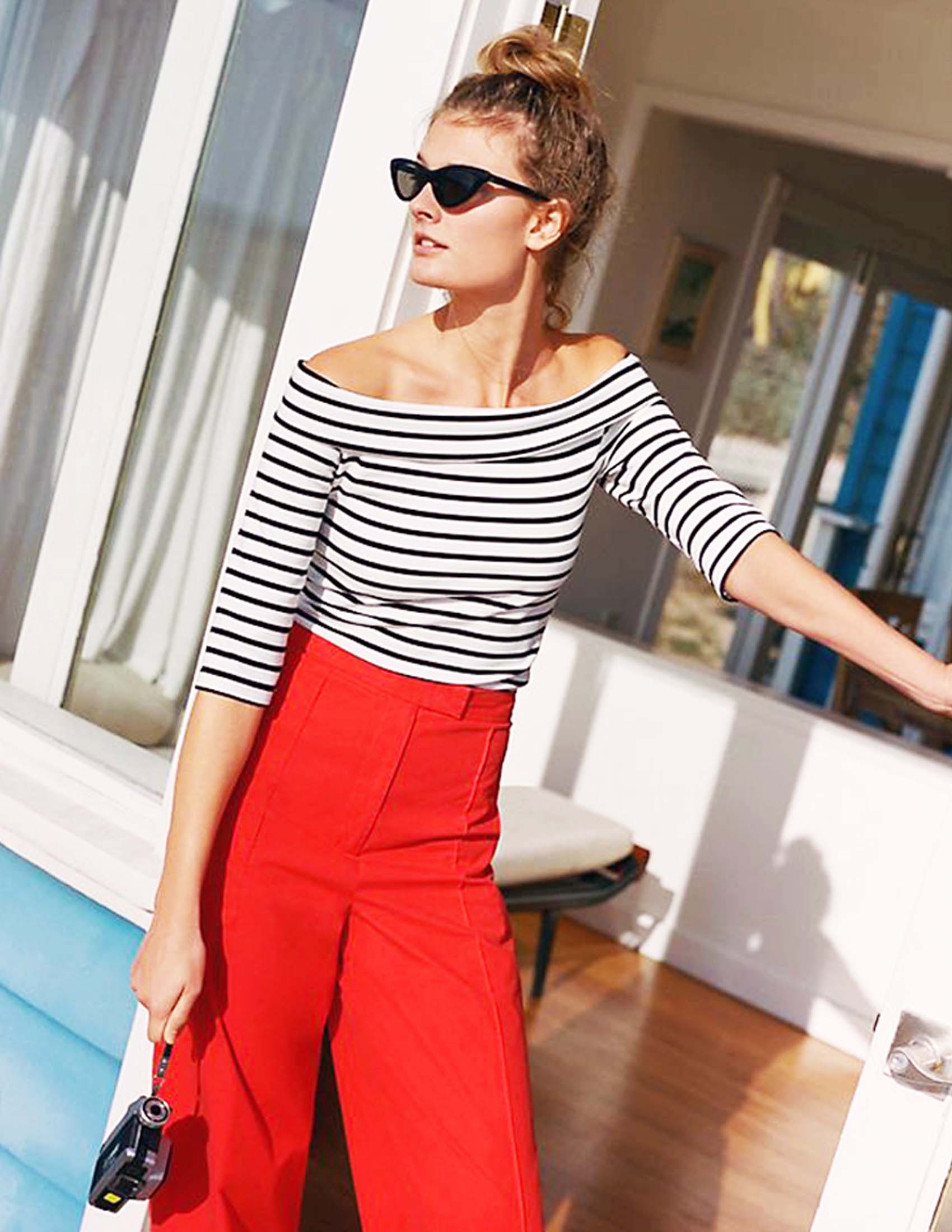