Reflecting on this past year, and what's to come in the next. 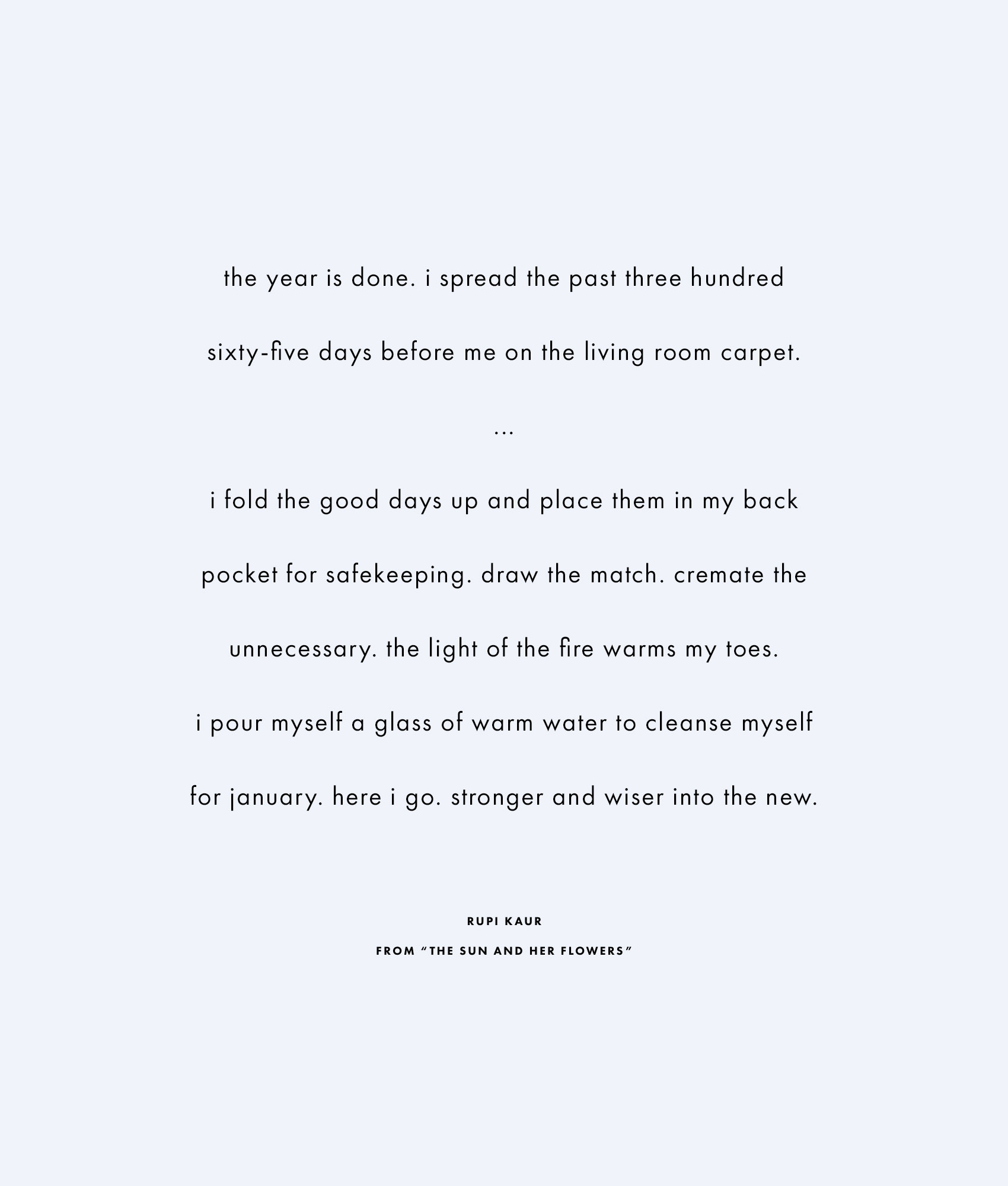 Work, work, work. Year five of business, and I was incredibly proud of how the studio evolved and grew. But, I’ll be the first to admit that I worked more this year than anyone should, assuming they wish to stay sane. That I stand on this side of your 365 days and “burnout” is the first word I’d associate with you tells me I may have overdone it.

This year, my new business ventures had true pros and cons, some of which I’m still digesting. With retainer services leading to a larger roster of active clients, I got to work with more businesses regularly, and feel like I could truly be a part of multiple teams. I loved that about you, 2017. On the other side of the coin, it seemed like I had everyone’s business strategy but my own floating around in my head. And like I did nothing but create for other people; certainly, I did less creating for myself and definitely less creating for the hell of it. It’s something I really want to change in 2018.

So if I had to sum you up in a nutshell, 2017, that’s it. I worked a lot — too much even — and have good and bad to show for it, including an acute case of burnout and a sense of wondering if I lost some piece of myself in the process.

I’d be remiss if I didn’t mention that you were a shitshow politically. And like every year preceding you since words could be written, bad, unthinkable things still happened in this world. You also brought about engagements, weddings, babies. Pure joy and meaning in the lives of those we love, so I can’t be mad at you for that.

From where I sit, here were some more highs and lows we experienced together: 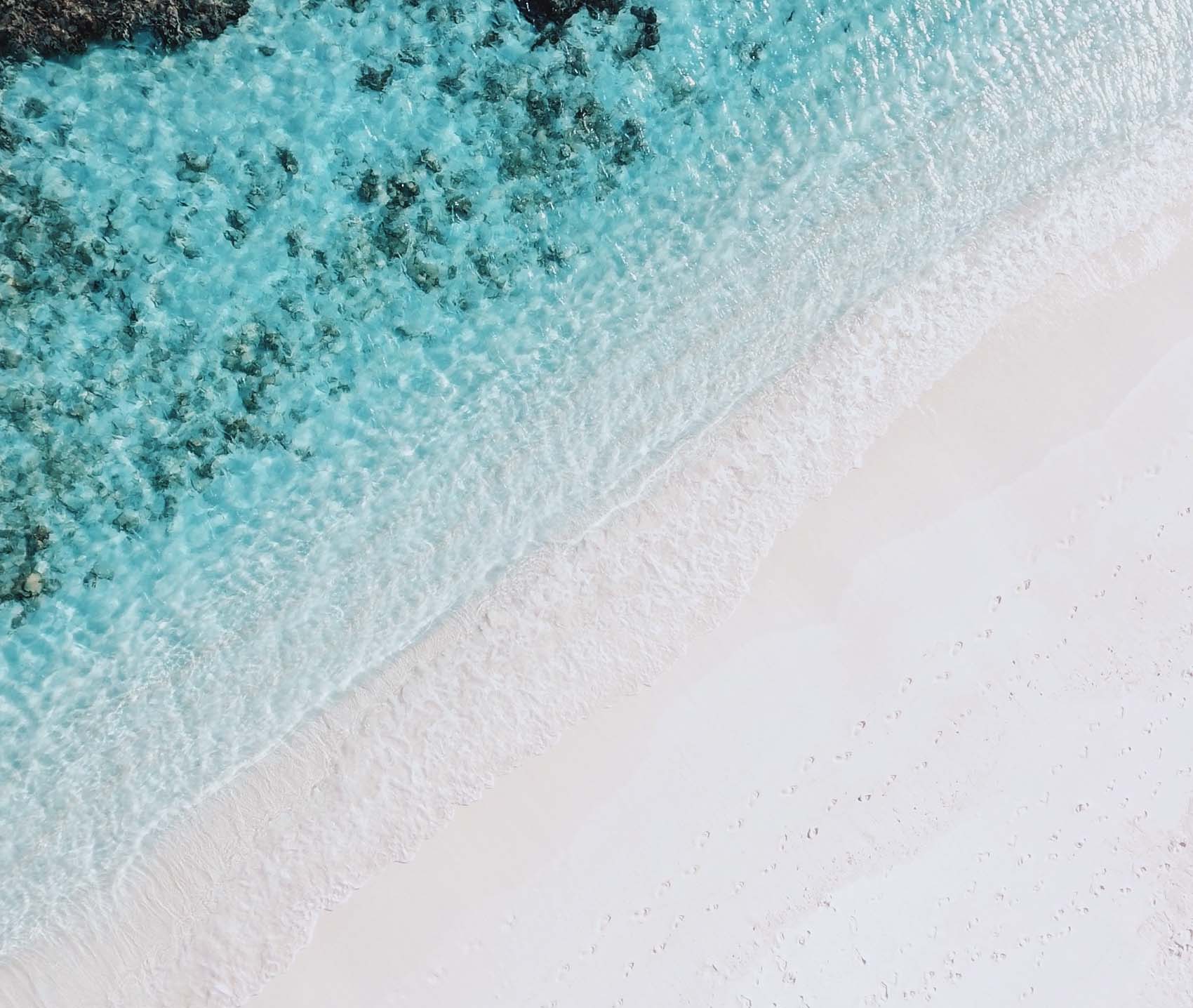 Lightweight High: getting back into a real exercise routine. I let myself go after the election last year (the anticipated anxiety for the times ahead seemed treatable only with wine and takeout, you see), so finding a rhythm again felt really, really good. I’ve been spending Sunday mornings at Soul Cycle, and a few weekday mornings at Epic Hybrid Training, a local gym that’s a — well, hybrid — of CrossFit, TRX, HIIT, sometimes yoga, and sometimes even acrobatics and obstacle courses. Carving out this time for myself in the back half of the year was a small but significant thing.

Lightweight Low: I still adore living in San Francisco and it’s hard to imagine life anywhere else. But 2017, you saw a heavy increase in traffic in my neighborhood and increased drive times to get anywhere in this town. For the first time in 10 years, I found myself occasionally wondering how sustainable living here would be, and whether the quality of life was how I remembered it from just a few short years ago. We always assumed we’d move out of the city at some point in the far, far future, and this year, I wondered if far was nearer than we anticipated. Some weeks, living here felt harder than it used to. 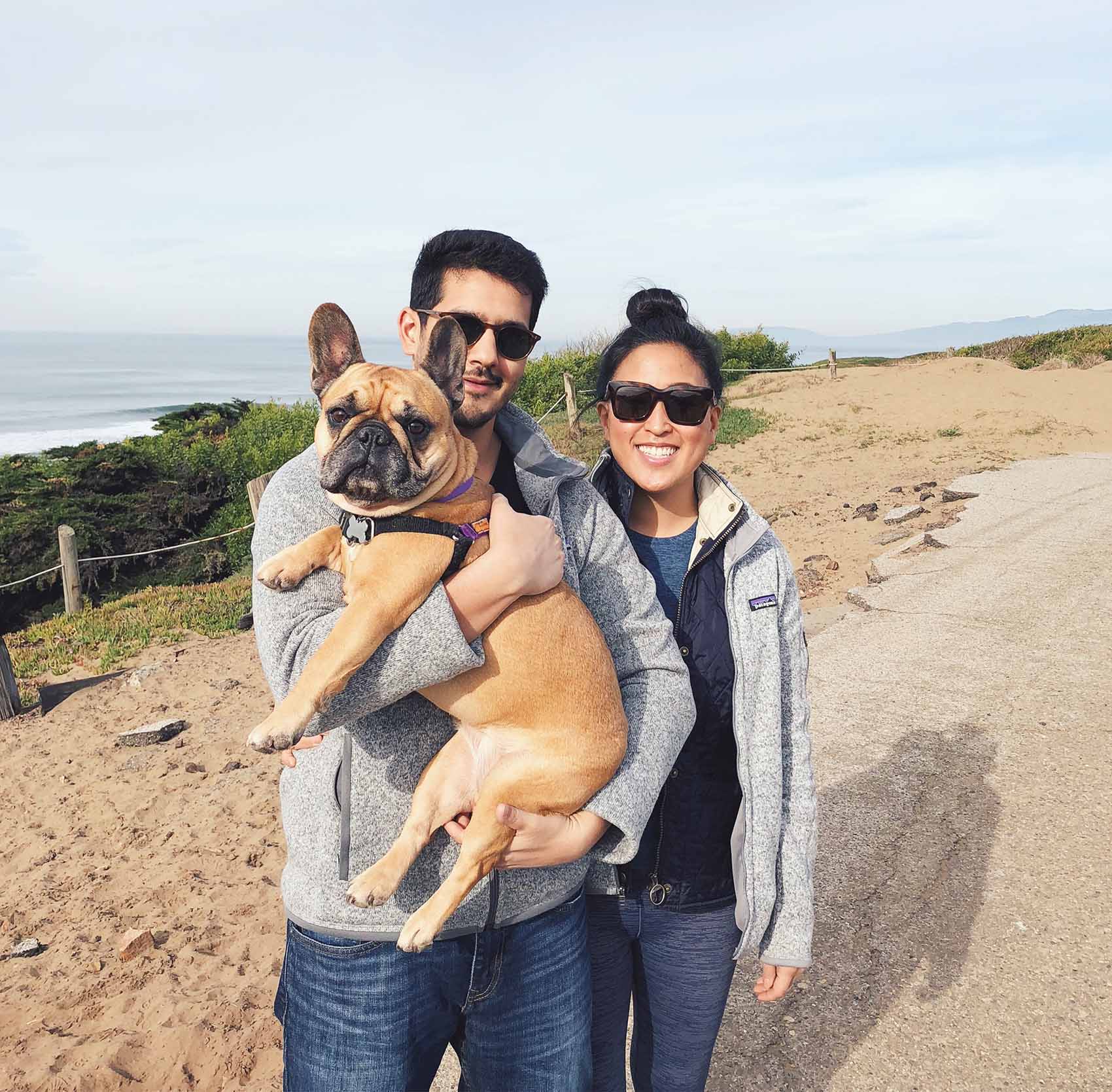 Heavyweight High: After a series of tough life events that stressed us out immeasurably over the last 3 years, I felt you brought a lot of peace to my marriage, 2017. At your closing, Joe and I realized that we were more in love than we had been in 15 years. It’s amazing that you can be with someone so long and still have so much to learn about them, while at the same time, feel like you know them better than they know themselves. The greatest gift you brought to me, 2017, was a sense that a relationship could still surprise and even inspire me, in the best ways possible.

Heavyweight Low: This year, I decided I’d get serious about pursuing my origin story — that is, my adoptee story. You know, where I came from. I got some big pieces of information (like learning I was not, in fact, full Korean, which I’d suspected most of my life but finally received DNA results to prove it). I also learned how trying and arduous this process can and will be, and how impossible it is to look for a needle in a haystack (especially when that haystack is half way across the world and speaks another language). But despite moments of discouragement and despair, I don’t know if I can truly classify this adventure you wrought as a real low, 2017. Because while I’ve had to accept it’s entirely possible I’ll never know what happened to me during the first six months of my life (and truthfully, in the 10 months preceding it), the journey has reminded me of what it is to hope, over and over again. It has continued to bring out a quality I hold dear in myself — the ability to have faith in the future. And it’s brought into focus what it means to have a sense of self and to find a home in your own identity. So thanks for that. It’s been both the heaviest, most joyful, and hardest experience of my year. It’s also something I hope to continue talking about here on the blog (with greater detail, for everyone who hasn’t been along on the ride with us thus far, 2017). 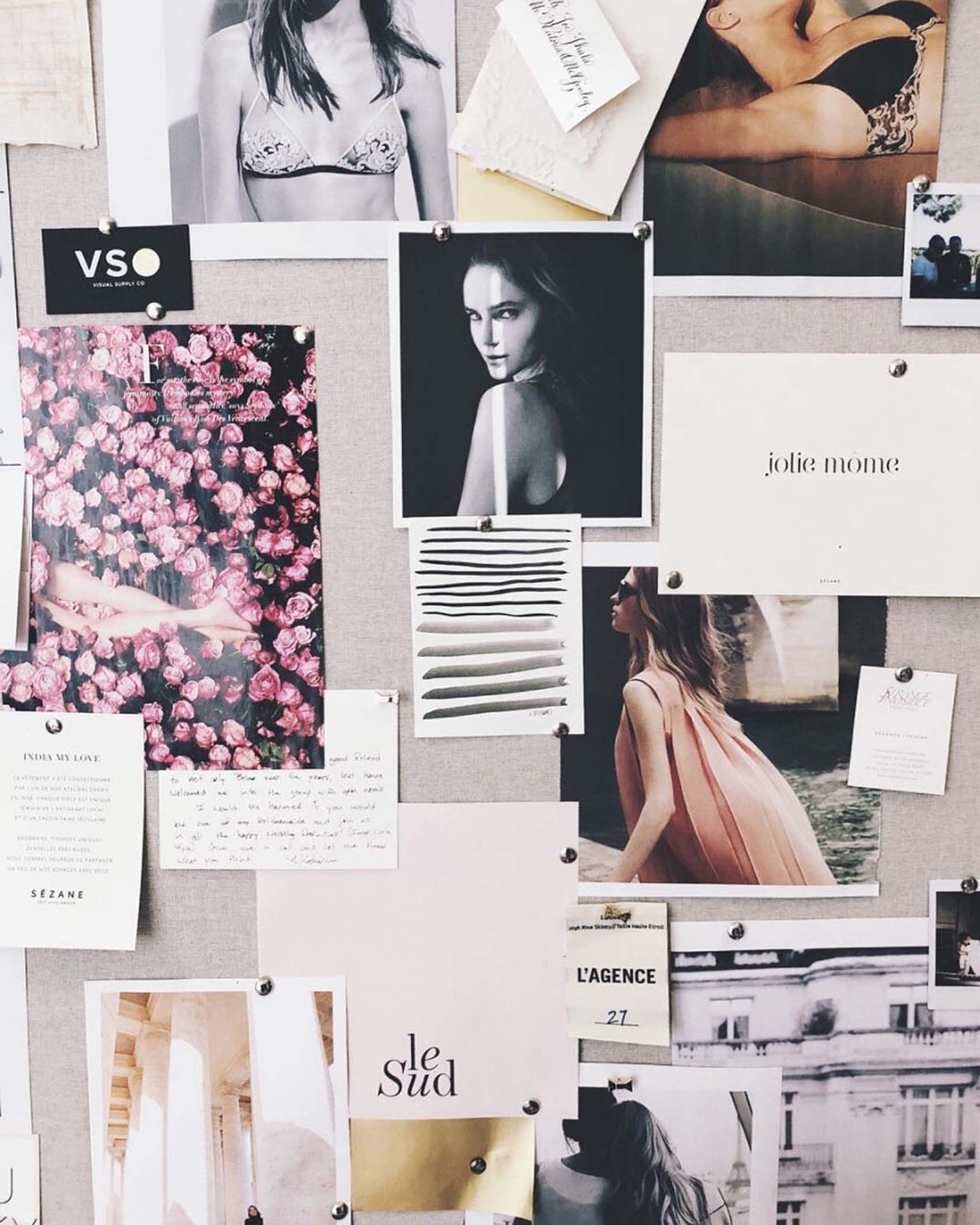 Are you still following? My thoughts to you are a little jumbled, I know. I think I can attribute that to not having spent as much time in this space — the physical one, here on the blog, and the figurative one, in which I open myself up to an unknown entity on the other side of the screen. With no time or inclination to regularly unload and organize my thoughts, somehow all of the ideas in my head are scrambled up too.

To be honest, 2017, during this past year, sometimes I’d wonder if I had anything left to say in this space. The blog world is so saturated, and with our attention waning and diverted to places like Instagram, at times it didn’t seem as if I could contribute anything of meaning to anyone’s life. But every now and again, I’d be at book club or out with a friend and talking about something I found interesting, and friends would encourage me to write about it. 2017, is it strange that such reactions surprised me? That after nearly ten years of blogging it seems improbable that I’d have more to say? A good friend told me this past week that she thought I’d always have more to say; I hope she’s right, and I hope that at least a few readers might agree and better yet, might still be along for the ride. What do you think?

And this brings me to your neighbor, 2018. Next year, I’m really hoping to blog more. I know I’ve said that before, but as the year came to a close, I realized I’ve missed sharing my ideas and the things I love with more regularity. I suspect that because I was so busy, it was hard to even know what was inspiring me in my daily life. Or — gulp — if anything was. With a singular focus on everyone but myself, I had no time for my own creative nourishment. That was a mistake I made this year, and one I hope not to make again.

As you can probably tell from this letter, it’s ironic that I wrote here less frequently this past year since it’s pretty obvious I had a lot going on. So much change, so much that stayed the same. Sometimes I wasn’t sure where to even start to explain the complexities of my journey with you. Other times I wasn’t ready to talk about particular topics. More than once, I wondered if anyone would even care. But I think I’m feeling more ok with all of it now. I’m ready to share again. 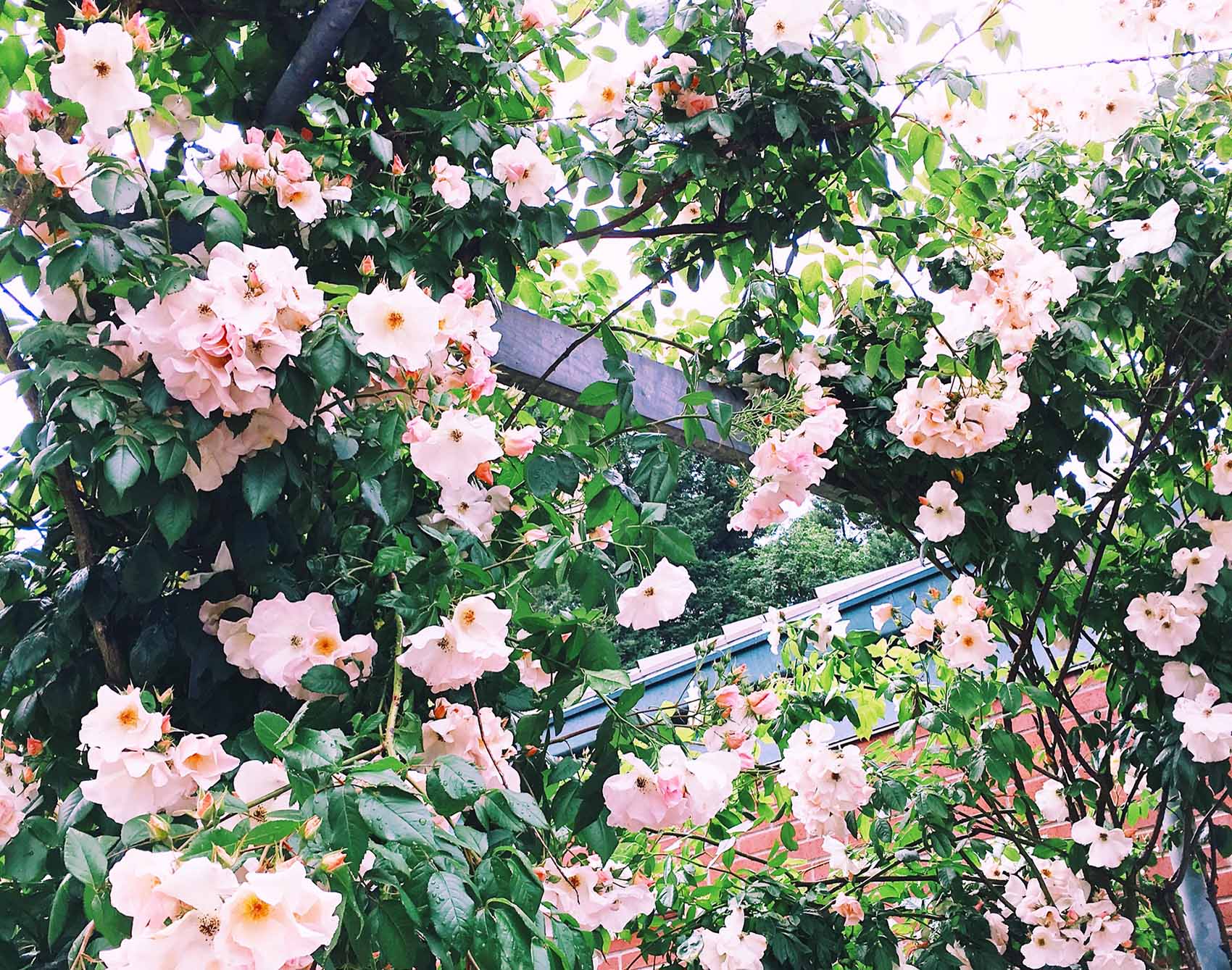 Finally, 2017, I want to remind you of one of my favorite stories from this year: the petunias.

On our small patio balcony, Joe and I have a series of box planters that hang over the edge of the railing. When we moved in to this apartment nearly three years ago in the spring of 2015, we planted them with bright pink petunias, and they flourished. But soon, when summer arrived, they became infested with aphids and whiteflies, and shriveled into brown husks of their vibrant springtime selves. Joe was having a hard time at that point in the year, too. In fact, I can’t even imagine the letters he would write to years 2015 and 2016. We all have our personal trials and tribulations to go through, and 2017, let’s just say that those few years were some of the hardest for him.

Anyway, disgusted with what the flowers had become, one morning he silently went out to the patio and cut the stems down to the dirt. We didn’t plant anything in the boxes for six months.

But you brought about something miraculous, 2017. In your early spring, we noticed small shoots of fuzzy green stems and leaves bursting forth from the dirt around the succulents we’d planted months before. By May, the petunias were back: long, vining, covered in the brightest magenta flowers we’d ever seen. They were unstoppable. When we thought they could produce no more, five new blooms would appear overnight. They were reminders. Blessings.

We never found a single aphid or whitefly on the petunias all summer long. Time heals everything, and with enough of it — say, two winters worth — anyone can come back stronger, more resilient.

2017, there are already signs that the petunias will return in 2018. Despite a year that felt like a bit of a rest stop in my own life (a rest stop in which you do exactly the opposite of what the name implies), you were pretty okay. You showed me what it means to ground myself again, to take a step back, to assess. To be truly present, and with flashlight in hand, to open the final doors to the parts of yourself you have long ignored or wished away. You set me on a pillar rising from the center of a vast ocean, with every direction a possibility. But you also comforted me with the knowledge that it’s ok to be unsure of which way the wind might blow you next.