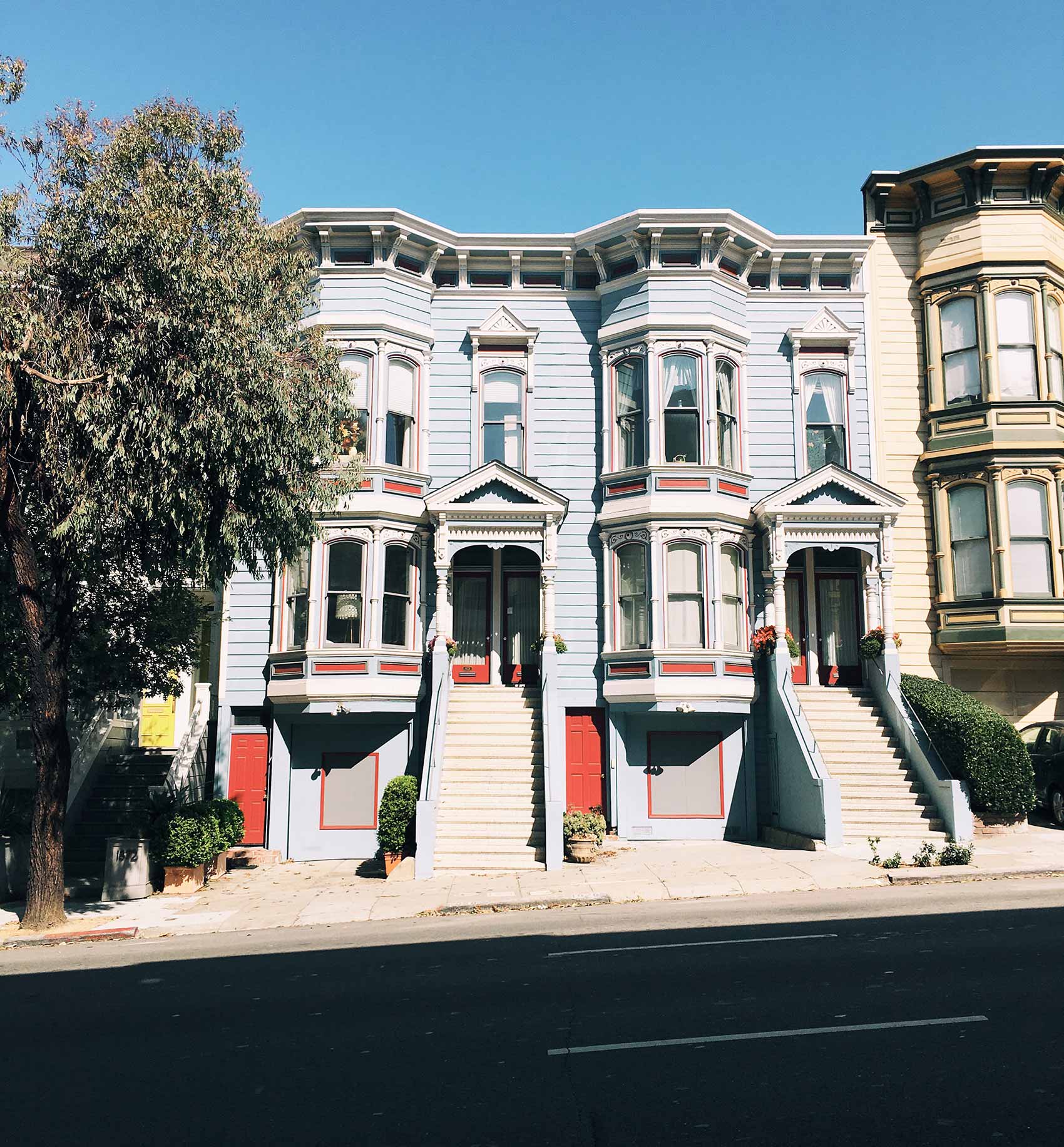 I enjoyed writing our last interactive Thinking Out Loud post so much, that I thought I’d pop in and do it again! It was really fun hearing from all of you, with all that’s on your mind. Let’s make this a semi-regular thing, ok? Fair warning that this edition has a mix of light things, and some heavy things too. It’s rare that I’m this publicly opinionated about certain cultural and political issues, but in the interest of truly thinking out loud, I wanted the mix to reflect what’s really happening on this side of the screen. Let’s do it:

Making Me Happiest So Far in October

I think the satisfaction of having a full life at the moment. Maybe that sounds corny (maybe it is?), but it used to be that this much activity and “stuff” going on would stress me out. Alright, it still does a little bit, but when I step back and look at the bigger picture, I can definitely see that the flurry of activity is attributable to evolution in various areas of my life. Work has exciting new projects and collabs on the horizon (a new intern/mentee, a growing part-time Art Director role with a local company, interesting new clients and ideas for the start of 2017). Two good friends recently got engaged; I spent last weekend in Lake Tahoe amongst women and conversation that were good for the soul; this coming weekend I get to see old New York friends for the first time since moving away in 2015. And a real vacation at the end of this month, with Joe! There’s just a lot of good stuff happening, and I can’t help but feel grateful.

It’s a toss up between reading the news on my phone every morning, and washing my face. Let me explain. So, the news should come as no surprise — I’ve talked about this habit a lot before. I acknowledge I’m fully addicted to the pleasure of that first digital hit of info each day, but what can I say? I really, really enjoy seeing how all these stories and narratives develop every day (and when I allude to stories, I mean both the serious, light, sad, ridiculous, upsetting, and funny. All of it.).

The other thing I’m really enjoying is the simple pleasure of cleansing my skin. I recently bought my second bar of Herbivore’s Pink Clay soap. I’ve been using it since the middle of the summer (part of that whole rash thing), and I adore it. It might be my mind playing tricks on me, but I feel like my skin is softer and more moisturized when I use it. It’s so gentle and pleasant! Ok, that probably sounds nuts to get that much pleasure out of a soap, but it just makes me happy. It also doesn’t hurt that I keep the soap in one of the hand painted antique saucers from my tea cup collection, so I start my mornings looking at a personal treasure that brings joy.

Thing I Can’t Stop Worrying About

How to get everything done this month amongst all the fun. October = prioritizing at its finest. Recently, I’ve noticed I’ve been waking up earlier or waking up in the middle of the night, and I can feel the adrenaline coursing through my system again. I’m taking note and making sure to not overdo it like last year. But, I’m still a little worried. I’m trying to remember that adage that goes something like “worrying is praying for what you DON’T want.” It’s all going to work out, one way or another.

It should also go without saying that I’m worried about the election and the current political climate in the country. I think it’s on everyone’s minds, no?

I’ve been watching less TV given said prioritization. But, there are a few things I manage to clean out of the DVR each week.

Light shit: The Real Housewives of Orange County (has this season jumped the shark?); Below Deck (no joke, probably my favorite reality show ever. It always makes me laugh); Million Dollar Listing: LA (fun to watch and makes me glad I don’t still live in LA). I also sometimes watch Property Brothers: Buying and Selling while eating lunch. I can predict the script before it’s even said, but it’s an easy way to relax mid-day.

Quality shit: Last Week Tonight (duh); South Park (no really — didn’t you know it’s the great satire of our time?); Real Time with Bill Maher (a weekly thing since 2006). Masters of Sex a little bit, though we’re behind a few episodes and decided we’ll just binge on the whole season over the holidays. I also DVRed the new nightly Vice news show, which is premiering tonight.

Yeah, not a ton of serials at the moment (I gave up on Shonda Thursdays). I’m mostly holding out for Game of Thrones and Homeland in 2017… What are you watching right now?

Something That (Maybe Pleasantly?) Surprised Me

Light thing: how easy and well designed the entire Instacart experience was. I personally love to grocery shop. When at various points I ceded control of this task to random Whole Foods shoppers in New York City, the results were hilariously questionable at best, infuriating at worst. I’m not kidding when I say that the difficulty that was grocery shopping in NYC is probably 5-10% of the reason I couldn’t wait to leave. But adventures in Manhattan grocery shopping is a post for another day.

Anyway, as the whole Instacart service has really blown up in SF, I was staunchly against it. Early last week, off the heels of a busy weekend and with no food in the house (and a schedule that wasn’t going to make it easy to get the store), I caved and gave it a try. I must say, I was pleasantly surprised by how easy it was to communicate with the shopper, get substitutes for things that were out of stock, and be super particular about what produce the shopper selected. Don’t get too excited, Instacart, this isn’t going to be a regular thing, because the produce team at my neighborhood Whole Foods legit knows who I am and gives me samples of new/interesting fruits that arrive each week. But it’s nice to know it is an easy to use platform, when you’re in a pinch. Have you ever tried it?

Deeper thing: This is a serious thing, and may seem weird in the context of a “pleasant” surprise, because it’s not pleasant at all. Recently, reading about the women who spoke out about their first sexual assaults, and also Asian Americans who spoke out about racism they’ve experienced felt really powerful to me. On the former, you always hear the stats (like 1 in 5 women experience some type of sexual assault or misconduct), but the sheer volume of stories that were told this week — many succinctly provided over social media, and similar to experiences I’ve had — was simply incredible. I don’t mean to diminish the stories by placing them in the category of something that “pleasantly surprised me”; instead, I guess I’m just saying that hearing people speak up, and seeing/feeling solidarity around saying yo, this is NOT okay, felt powerful in a positive way. In the last year, there’s been so much coverage around various sexual assault cases, but in this instance, hearing/seeing so many women talk about their stories felt very impactful for me personally. I hope that makes sense.

The other piece was this open letter written by a New York Times editor, in response to the woman who screamed at him and his children to “Go back to China” on the streets of the Upper East Side last weekend. We think of New York as this super metropolitan, culturally advanced place, and it is in a lot of ways. But I had similar things yelled at me in NY while I was living there, if you can believe it. His letter, and the response to it, made me tear up a little bit. Both because growing up in Texas, I experienced these types of stories from a young age, but also, I think hearing from others in the same situation made me feel less alone in the experience. Joe is the person who actually told me about the story yesterday, and he reminded me of the time this woman said a racial epithet to me literally outside my apartment in NY. I realized I had all but forgotten about that one experience, not because it didn’t upset me (I cried the day it happened), but that because it’s been relatively commonplace throughout life, you normalize it (when it’s anything but).

Perhaps that seems strange, that people say and do these awful things and hearing other people’s similar experiences makes you feel better, or is even in the realm of being “pleasantly surprising.” I think I’m saying hearing about all this made me feel less isolated, and that by speaking up, we can all talk about it and hopefully begin to change.

Current Thoughts on the Upcoming Holidays

On to easier, joyful things. I’m really mystified as to how November is in our sights — it just doesn’t seem right. But, as we head into mid-October, I gotta say that this next stretch of calendar is my favorite time of the year. We’re staying in SF for both Thanksgiving and Christmas; my family is going to come out for the latter this year. I’ve never hosted everyone before, so I’m looking forward to decking the halls, making a lot of food, and taking some time off. I get a tiny bit stressed when I think about the volume of cooking I’ll need to do…but I figure that’s a problem for early December. Gifts? Oh. Yeah, that one registered in a “I should add this to the To Do list” brain wave last weekend. I feel like I should be planning and buying now, but that’s not gonna happen for a few more weeks, at least. Are you already buying gifts? Or does it still feel like June? (Note: I have been saving fun ideas for my annual holiday shop, so never fear — that’s still happening this year!)

Ok, your turn. If you want to participate in this Thinking Out Loud exercise, copy and paste the prompts into the comments below and have at it! I’d love to hear what you’ve been thinking about (and feel free to add your own if you need to get something off your chest!). Zero pressure to go deep…and at the same time I guess, zero pressure to keep things light if you really want to unload!

Making Me Happiest So Far in October:

Thing I Can’t Stop Worrying About:

Something That Pleasantly Surprised Me:

Current Thoughts on the Upcoming Holidays: