(and some thoughts on creativity, with life updates too) 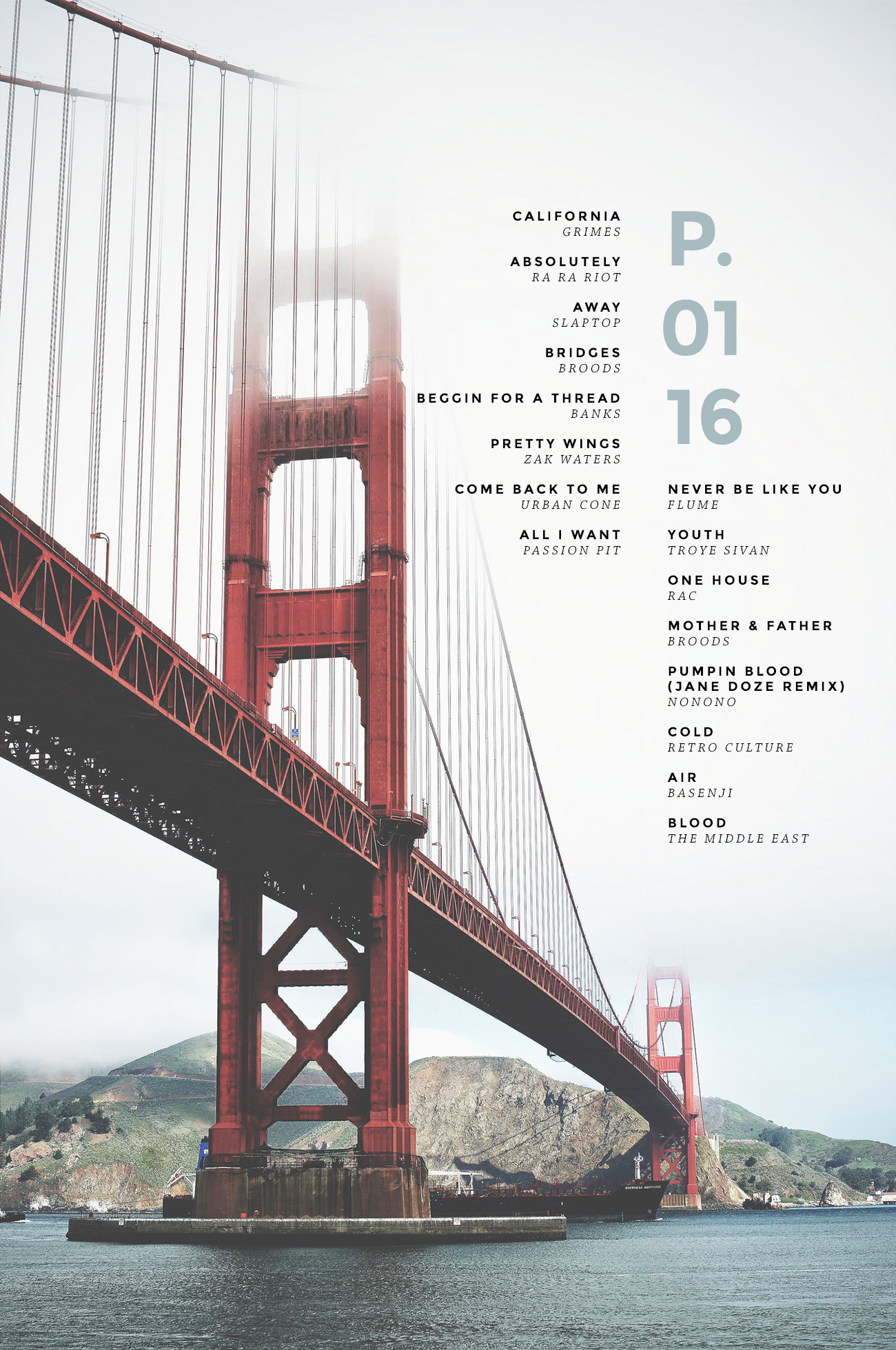 Hello, hello! I’m stopping in to share this month’s playlist, filled with tunes I’ve been enjoying over the last few rainy weeks. You can follow along here, and just as a heads up, I’ve switched up the previous month’s playlists to make most all of them public/available (so you can subscribe to them at any time!).

What’s been going on? Anything new? Things on this side of the computer are jamming. I’ve been incredibly busy with web design projects, pondering (ok, putting into motion) an overhaul of my own website, and trying to find time for the fun stuff too — especially “just for the hell of it” creative endeavors. Results have been mixed (more on that in a minute). I know I haven’t been blogging as much lately, and in truth, I’ve kind of been enjoying posting casually again, like I did when I first started blogging so many years ago and it was simply a hobby. If I’ve said it once, I’ve said it a thousand times, but blogging has changed so much since I started 7.5 years ago (man, I just calculated that and had to double check it was right). I feel like a dinosaur in the space sometimes, though at the end of the day, I could never stop posting completely. But like I said, I’ve been experimenting with (and really liking) this new dynamic, where I kinda just post when I’ve been inspired or have something cool to share with you. It works out well — for me at least, and here’s hoping you don’t mind either — because I only have so much creative juice.

Which leads me to: something that’s been on my mind is how creative energy ebbs and flows, and what gives it life in the first place. Just the other day, for the first time in probably a year and a half, I spent time pinning images that I found on blogs and Tumblr sites. Like, really scrolled through, opened a lot of images, and pinned them. It felt so refreshing, but I think it was because I hadn’t done it in so long; it was a fun exercise to see what was drawing me in. Clearly though, it doesn’t always feel so casually fun, since I hadn’t done it in so long. I wonder if having all these social media mediums can stifle creativity. Committing to so many places in which one is sharing inevitably creates some kind of pressure, and for me, that feels stifling. Maybe that’s because I have to be creative with my work, so I allot most of my creative energy there and (happily) accept the pressure of deadlines and client requests. But if I’m creating for myself, just because, it’s like I get enough of this at work. I don’t WANT to post to Instagram twice a day.

That’s part of the reason I’ve been trying to build in more time for personal creative projects with zero pressure, which I mentioned in this post. I’ve been doing a little painting, though funnily enough, I realized that I’m so used to designing on a computer (in other words, having the undo command at my fingertips) that it was easier for me to plan out a painting on a computer before ever picking up a physical brush. It’s been interesting to map my thoughts during the creative process with paint versus doing a layout design in Photoshop. I’ve done lots of paint sketches on paper, but find it almost daunting to commit paint to canvas. Something about it feels so permanent, like I have to weigh each decision very carefully, and really slowwww down. I guess that’s why it’s simultaneously relaxing and kind of therapeutic for me, too!

Other updates, let’s see. Well, I have a confession to make: I made it through three weeks of French classes, and had to let the instructor know I couldn’t do it. Between the homework, the commuting to the class, studying outside the class, and being in the class itself (I was trying a few different sessions, which ranged from 1.5-3 hours in the evenings), it exhausted me. I thought to myself, “What happened?” When I lived in New York, I could commute 30-45 minutes each way to class in Times Square, sit in a two hour class, and happily work on homework outside of it. I think I must just be tired. Or maybe I’m stretched in other areas, both personal and professional, and I don’t have the space in my brain to focus on anything else. Either way, there was something oddly reassuring in recognizing a limitation, even if it resulted in a slight disappointment. Because the older I get, the more I realize it’s not worth making yourself nuts over things that you don’t even enjoy. That being said, I’m still doing some light study outside the class, and hope to start again when things feel a little less crazy.

What else? Little things, I guess: I’ve watched a couple documentaries recently that I really enjoyed; I’ll put that list together in another post soon. I’m planning a long weekend trip to visit my grandmother in March; we always have a great time antiquing (and eating) when I visit her in Houston. We’ve been trying to put together an early spring ski trip to Lake Tahoe (living in SF, I’ve been multiple times, but always in the summer, if you can believe it!). Joe’s birthday is coming up and I’m making him a chocolate cheesecake, because they’re his absolute fave and do you know how hard it is to find a chocolate cheesecake being served in a restaurant these days? Next to impossible. If I can get it together, I’ll photograph it and show you how to make it; now that I think about it, it’d be an excellent Valentine’s dessert. It rained for the better part of January and the plants on our little terrace blew up and some are even full of pink flowers (don’t hate me, East Coast people). You know, little things.

Anyway, that’s the scoop from here. What’s been going on over on your side of the screen?

Image: by Barn Images, with photo editing and graphics by Victoria McGinley