Plus, reflecting on my first birthday, post-trip 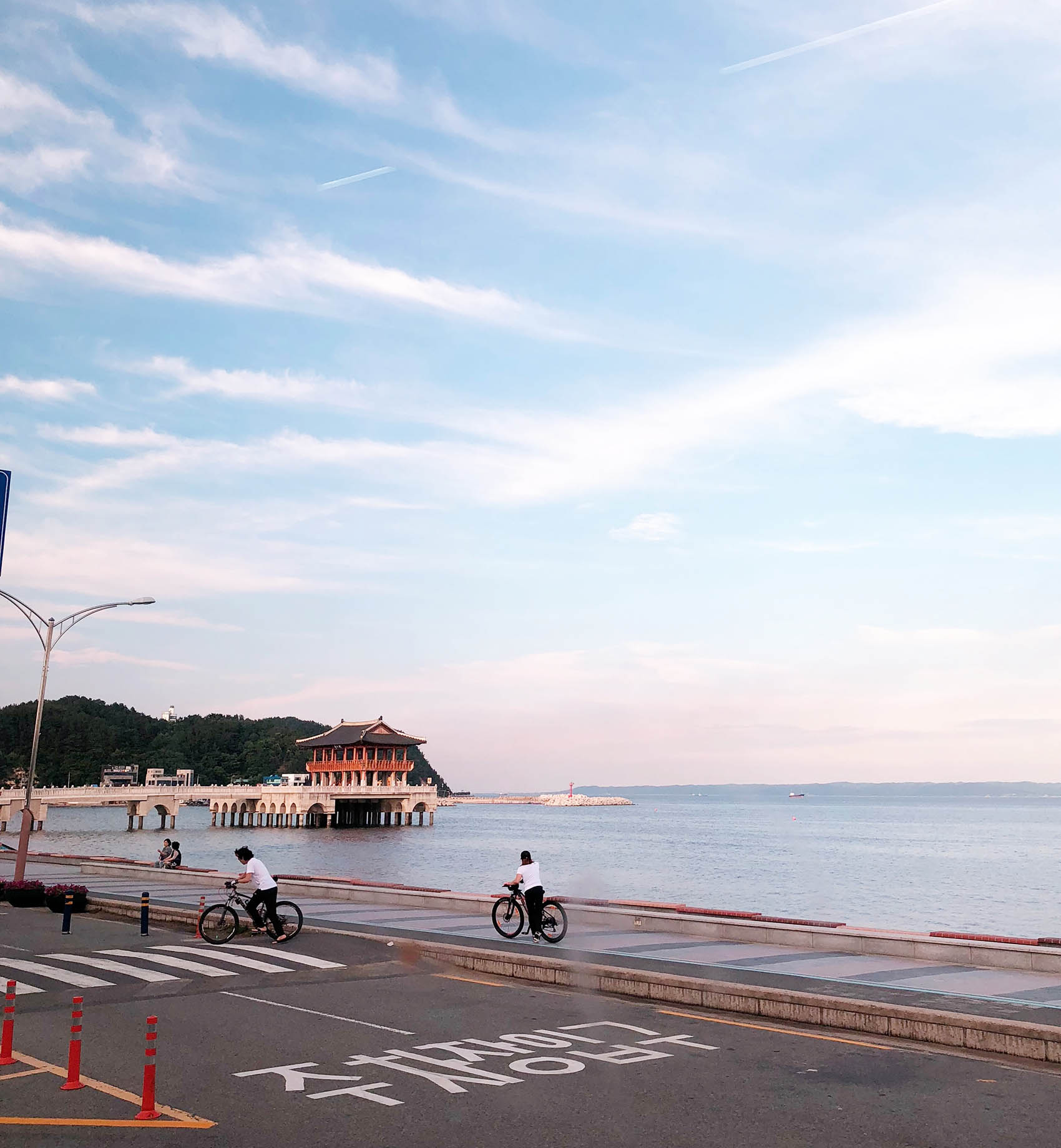 I got home from Korea on July 2.

First, the lighthearted. Something surprising to me is when I returned home, I immediately started missing a few things about Korea. Even more surprising, the feelings have not ebbed — in some cases they’ve only grown stronger! To be sure, there’s a lot culturally about Seoul and Korea generally that I don’t understand (and in fact, don’t like), but there’s plenty about it I do. Here are five simple things:

Safety // Before I left, I’d done a lot of research about what it was like to travel alone in Korea (and as a woman, to boot), and the overwhelming consensus was that it was extraordinarily safe. Having lived in big cities all of my adult life now, I thought I knew what this would mean, but boy was in for a pleasant surprise. In Korea, in my experience at least, worrying about your safety simply wasn’t an issue. I can’t really explain why or how the feeling of safety is different there, but last week as I walked Lucy around my neighborhood in the morning, I realized I felt less safe here in San Francisco than I did walking around at midnight, near Cheonggyecheon stream in the middle of Seoul, without knowing any Korean. There was a knot that loosened as you navigated Korea, whereas in other places I’ve traveled and lived, that nervous knot can tighten easily when you’re out and about. It was interesting.

Anonymity // I should pause and note that maybe the feeling of safety is tied to the fact that for the first time in my life, I felt completely anonymous. I had heard from other adoptees—even other non-adopted Koreans—that being in a place where everyone is Asian would be a revelation. And guess what…it was! A lot of my friends back home in America have been very surprised by this, wondering, “Do you really feel like you stick out, even in California?” The answer is kinda, yes. Don’t get me wrong, it’s not like I feel singled out, or anything like that. One thing I love about living in California is the diversity; when I first moved to Los Angeles for college, I immediately noticed a shift in how I felt—and for the better. But while being treated differently is uncommon here in California, I do often feel aware of the fact that I’m not Caucasian. It’s not an in-your-face awareness, or something that even nags at me constantly — it’s just always there, in the tiniest doses. In Korea, wandering around and having no one give you a second glance, not even a micro-second recognition of your being Asian, was incredibly freeing.

Respect // I’ve always heard about the vast differences between altruistic cultures and our more individualistic culture here in America. But it’s something to experience, that’s for sure! While the differences have pros and cons in both places, one way it plays out in Korea (and from what others have told me, many other parts of Asia) is that there is a huge amount of respect for others as you navigate through the world. For example, someone in our tour group left their wallet in a cab and the driver drove back to our hotel hours and hours later to return it. That would be considered so kind here in the States, but there it was a pretty normal act. After I got over my initial fear, there was one day I was out at a cafe and I left my phone, backpack, and writing materials out on the table where I was enjoying some iced tea. I went to another, out-of-sight part of the cafe to order something else, then came back, and felt totally fine about it. It was unthinkable that anyone would take my stuff. I had read about this dynamic before going, but it was still such a refreshing thing. 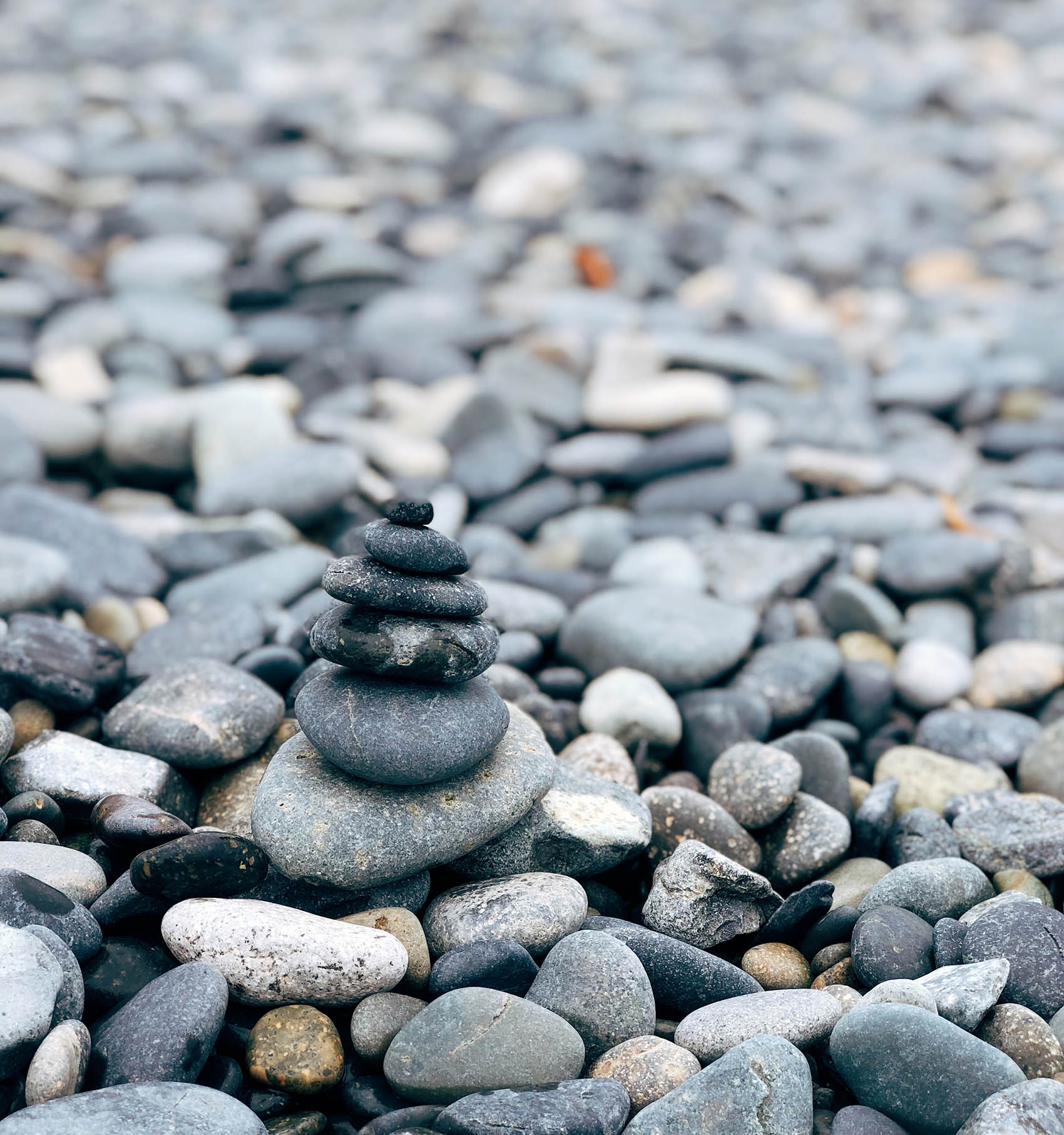 Cleanliness! // Tied into the whole respect thing is that Seoul was the CLEANEST place I have ever visited! There is no trash on the streets, anywhere. And oddly, no trash cans either — people accumulate very little trash, and if they are out and about and have something to throw away, they carry it with them until they get home or to somewhere that has a trash can. It’s amazing to me that with no trash cans, the city is so clean. You can often find underground public restrooms near subway stations, and those have nary a piece of toilet paper or wet paper towel anywhere. When we were driving through the country, we’d stop at these huge rest stops (which is a whole ‘nother thing — rest stops in Korea are like malls!), and the bathrooms would be absolutely pristine. Everything in Korea was just so clean and tidy and as it should be. It was probably very bad before I left, but coming home to SF, I notice the trash EVERYWHERE now. And just how little regard people have for public spaces generally. It is the complete opposite there.

Elevators // This is a super random thing but most elevators in Korea allow you to “cancel” any buttons you’ve pushed. So if you’re going to the 9th floor and you accidentally hit 8, you can hit it again and the elevator won’t stop on that floor. This is the most obvious feature of an elevator and I have no idea why this isn’t a required thing in the U.S. yet.

Skincare // This one I’m kind of conflicted about as I know there is a lot of criticism of Korean beauty standards and the culture around it. But being a total newbie to the whole K-beauty thing, I really enjoyed learning more about it and experiencing first hand just how massive the industry is there.

There are little beauty stores EVERYWHERE. Seriously. It feels like on every block there’s a different store carrying skincare products from this brand or that. One thing that surprised me was how affordable it all was. You could walk into an Etude House (a very popular skincare brand in Korea) and buy a 20-pack of sheet face masks for less than $10USD. I was in Credo Beauty in SF the other day, and one Korean face mask was $11! Face masks are so cheap because a lot of people will use them several times a week, even daily. They’re not a “treat yo-self” type thing like they are here.

I have also come to appreciate how many steps are involved in prepping your skin each morning and night. I’ve started to incorporate this into my own routine, and I don’t mind the extra time it takes at all. It’s something I look forward to — those few minutes where you can pamper yourself just a little bit and do something small to make yourself feel really good.

One thing that made me do a double take the first time I saw it is a lot of the treatments in Korea are labeled as “whitening.” They mean this literally — the standard of beauty there is to have very pale skin. A few other gals on the trip noticed this too and we think the equivalent labels here might read “brightening.” It made us reflect on our own culture back at home, as skincare products labeled as “whitening” would be a strange marketing choice, to say the least.

So those are some simple things I miss. Now, some deeper reflections.

I got home from Korea on July 2.

…Wait, has it only been a month? It feels like days. No, years. Or…hours? Did it ever even happen?

The hardest and strangest part about “re-entry” into life post-Korea is trying to integrate everything you learned into whatever your story is going to be moving forward. I talk about “my mom” and clarify which one. I’m waiting for the first time someone asks me—after learning I am adopted—whether I’ve been back or if I’ve ever met my birth mother, and what that will feel like versus years of succinctly replying “No and no.” Sometimes I’ll tell Joe a story that begins with, “My sister said…” and he does a double take and has to shake himself into our new reality, because never in the years he’s known me have these words come out of my mouth with any regularity (and as an only child, by this I mean NEVER).

Did I tell you had a sister? I have two, in fact. And four brothers. I found out about them back in May, and I’m sure it will take a minute for that to sink in on your side of the screen, because it’s still sinking in for me.

Wednesday was my birthday. My first in this new post-trip, post-knowing life. It was the best birthday I have had in years. My family in Korea all messaged me happy wishes on the 31st, when it was already August 1st there. That was pretty cool. But more significant, this was the first birthday where I woke up and didn’t think, “It’s my birthday! At least…I think it is?” Before, you see, I’d never known if what was in my records was true and accurate.

In years past I would wonder if my birth mother would think about me on the day. I’d wonder what she’d gone through; what the labor was like; where she had given birth; who had been with her; was she okay after? What had happened to me in my first minutes in this life? Did she hold me? See me? Name me? Where had I gone in the days after I entered the world? I hadn’t even been sure where I lived from the time I was born to the time I arrived in the U.S. at almost six months old.

So for my entire life, I have been floating around in these questions, untethered, unknowing, not realizing how aimless I really felt in my ignorance.

This year was different. Knowing was everything. It made me feel rooted, to my biological family, my adoptive family, humanity, the planet upon which we’re flying through space.

But it also makes me feel guilty and sad and empathic for all the adoptees who are searching and will continue to do so. The Korean adoptee community is nothing if not supportive of wherever the journey leads each of us, but still, those feelings remain—so much do I care and hope for their outcomes, knowing what the struggle is like to not know.

The last month has been the most powerful emotional cocktail. I have been drunk off of it many days. But I’m also beginning to feel a joy and peace that I didn’t know was possible in my life, and this has me feeling excited for everything to come.