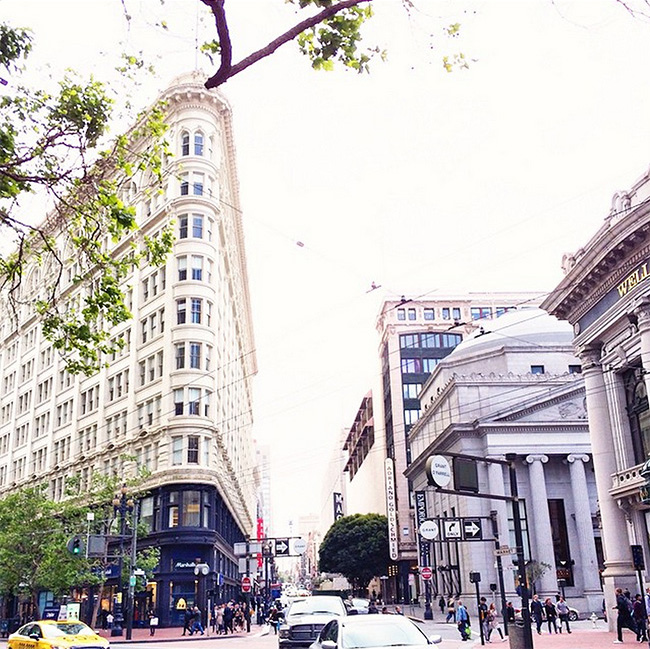 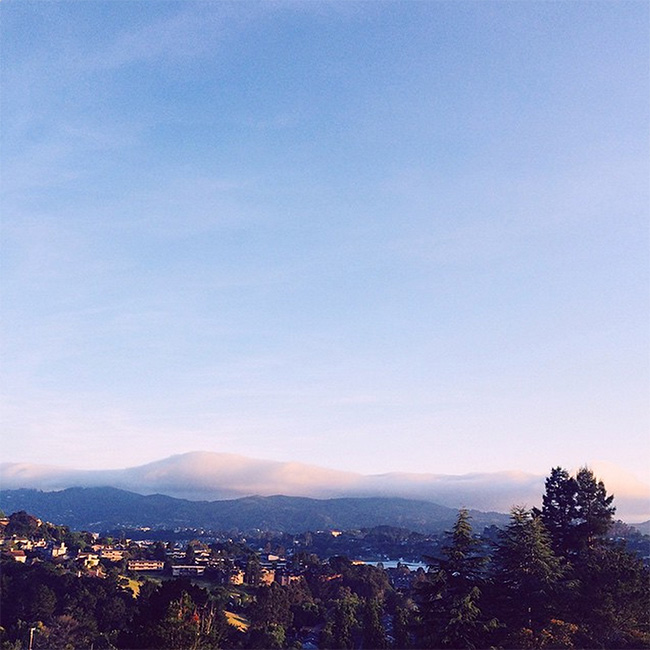 Since being back in SF over the last month and change, it’s been such a joy to revisit places that were near and dear to me for so many years prior to leaving for New York. If you’ve ever gone back to a place after being away from it — city, shop, cafe, or otherwise — you can probably relate to the minor feeling of worry that the place won’t be the way you remembered it. Luckily, for the most part, my old favorite haunts are just as I remembered them (if not better, as my experience in New York made me that much more appreciative). I thought I’d share a couple of these favorites today, both as mini love letters, and to provide a few recs for locals and visitors alike. 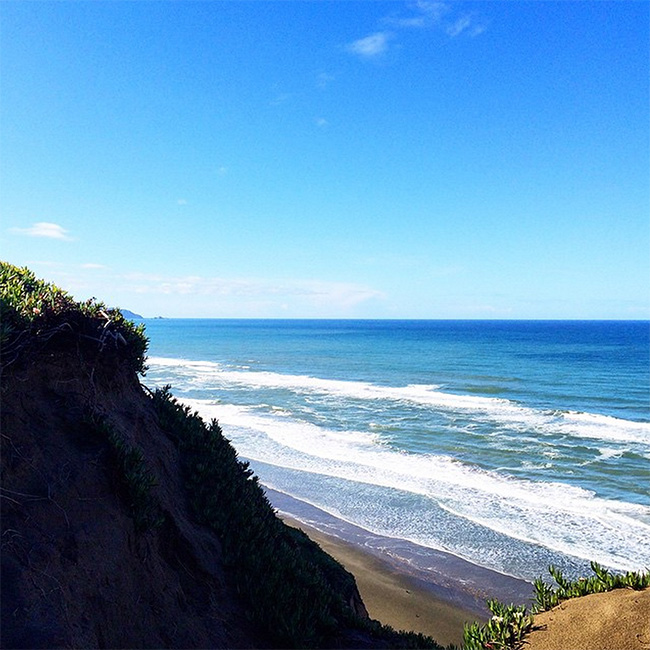 1. All the national parks

It’s kind of mind blowing how much land in the Bay Area is dedicated to national park land. From the Marin Headlands on north, to the Presidio, and Fort Funston (one of our favorites), there’s just so much park space here, and it’s wonderful. Joe and I take Lucy to Fort Funston at least once a week, where it’s unofficially off-leash, and dogs can romp through the largest remaining natural sand dunes on the San Francisco peninsula. Lucy’s not quite there yet physically, but you can also hike down cliffs to the beach and run wild (you or the dog).

We also love getting lost on the trails in the Presidio; taking in the ocean views with hikes in the Headlands, and also driving far up the coast to Tomales Bay, which is just north of the Point Reyes National Seashore area (and also home to Hog Island Oyster Co., where you can stop and feast on oysters freshly harvested from the bay). I don’t think we had realized how much we valued having easy access to nature and the outdoors when we moved away from SF; now that we have it back, we really treasure it. There are so many amazing outdoor spaces to enjoy here, I really couldn’t list them all (though I’d be remiss if I didn’t throw in Golden Gate Park, which isn’t technically a national park. But, 20% larger than Central Park and home to fantastic museums, lakes, a botanical garden, and bison, perhaps it should be!). 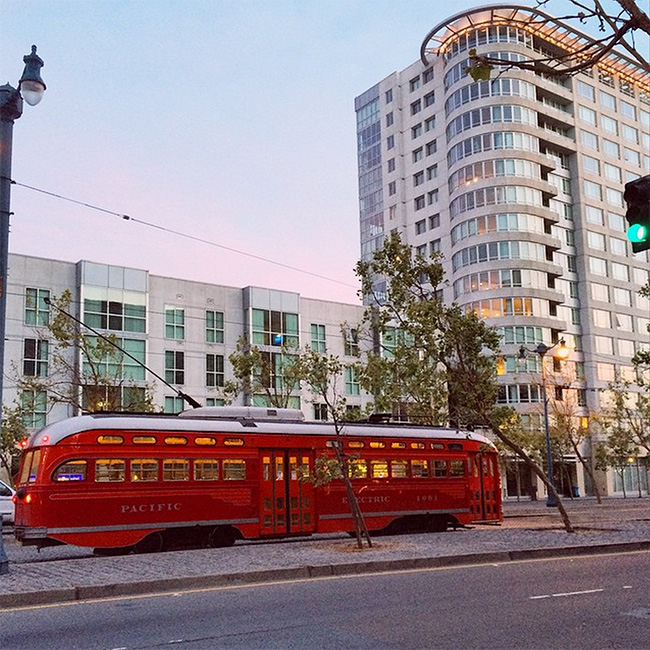 This is one of those restaurants that’s perfect for pretty much any occasion. You can go here for an anniversary, take out of town friends here, take your grandmother here; heck, Joe and I hosted our rehearsal dinner here! We’ve been coming to this small restaurant on Steiner St. for years…when their back patio was still outdoors and was essentially lit by twinkle lights (several years ago, they closed and underwent a massive renovation that turned the back patio into a chic, modern space, complete with a glass ceiling and a beautiful 80-year-old olive tree in the center of the room).

I love Bistro Aix for the consistently delicious and approachable food, the friendliness, and the whole neighborhood vibe. It’s the kind of place where you can fall into conversation with the servers about the Giants or a winemaker from the wine list (guaranteed they’ll have stories about both), and generally feel like all is warm and right with the world. It’s a gem. 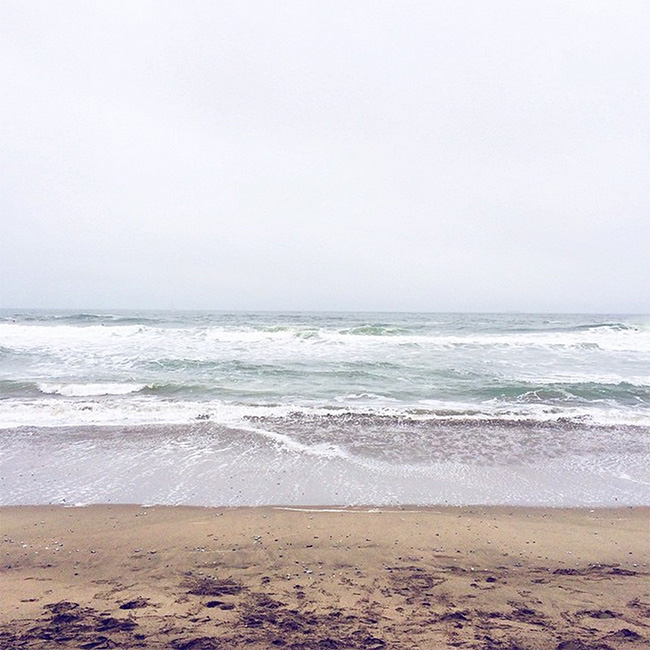 I can’t even believe I’m sharing this secret, because it’ll be that much harder to get an appointment, but good LORD did I miss Ensoma. Before we got married, I visited Marion Pernoux (the adorable owner of Ensoma) for a series of facials, and they were the best I had ever received in my life. In New York, I felt like I could never find a facialist who was a) affordable and b) had an approach to skincare that felt right to me. She uses many all natural/organic products, but beyond that, her technique just leaves you feeling so pampered (read: hello, heavenly massage). Guaranteed you will fall asleep on her table. Since moving, Ensoma has expanded considerably and Marion now has a staff of miracle workers. I recently went in for a brow wax and found Ensoma to be just as I remembered (so much so that I came home and booked a facial for this coming weekend). 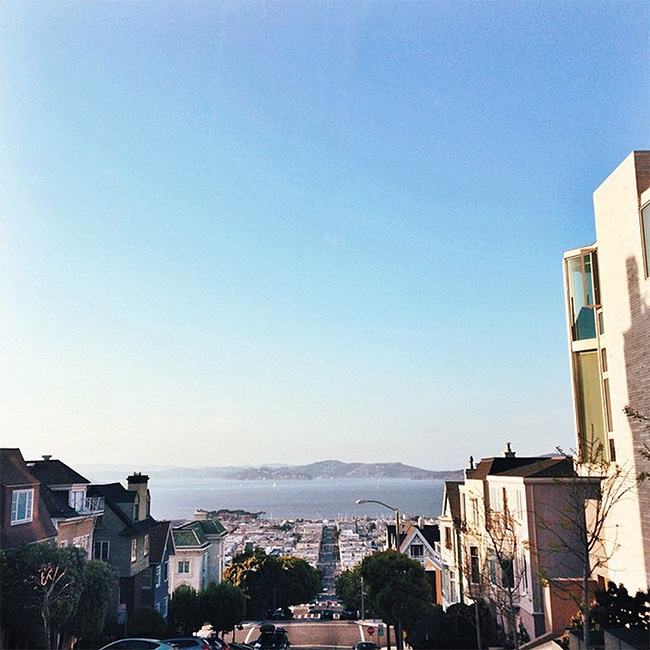 When I want to pretend I am in France, I go to Bistro Central Parc. This little restaurant is on a quiet corner in Nopa, and is the type of place that when you walk in, you are greeted with a  friendly “bon soir!” by the staff. The food and wine are always on point, especially when you’re craving classic French bistro fare — nothing fancy or overthought, just seriously delicious comfort food. I don’t think I’ve ever had a bad dish here! If you’re in the mood for a splurge, get the Tournedos Rossini. It’s a classic French dish of filet mignon, topped with foie gras and red wine sauce, and served with potato gratin. Truly decadent! Joe and I visited last week for dinner on a whim, and were reminded why we fell in love with this spot the first time we ever went. 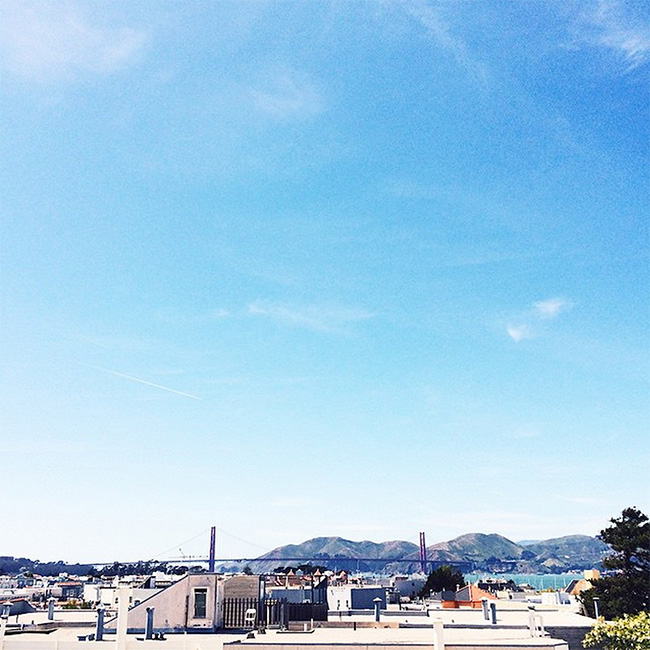 I’m weirdly picky about yoga. I recently learned I’m not into any type of Bikram or hot yoga (104 degrees while I just stand there in tree pose? No thanks). In fact, I learned long ago that Vinyasa is totally my jam. I like the repetition, that it feels like an actual workout, and that it truly takes my mind off the day because of the movements it involves. I actually learned how much I loved Vinyasa thanks to OmPower, several years ago. Before that, I had flitted around to different Hatha style classes and never really found my groove with yoga. At this studio though, things were different.

I’ve always loved their large, open studio for yoga classes (it’s in a converted warehouse, so the ceilings are very high, with linen fabric draped through rafters to give that soft, spa like feel; the space is also bright and airy and never feels claustrophobic, which I found to be common with yoga studios in New York and which was a huge deterrent for me). OmPower is an interesting studio in that they offer cycling, TRX, and yoga, and since I moved away, they also added other types of strength training classes. But honestly, I’ve only ever been for yoga, and it remains one of the favorite studios I’ve ever gone to. I’ve never had an instructor whose class I didn’t enjoy!

Anyway, these are a few of my recent “re-discoveries” here in SF. You can see some more of my old favorites on the Candy page (which I’ll be updating as I make my way back to all these spots). Next up on my recommendations list: I’m planning on putting together a wine country guide later this month, so stay tuned!