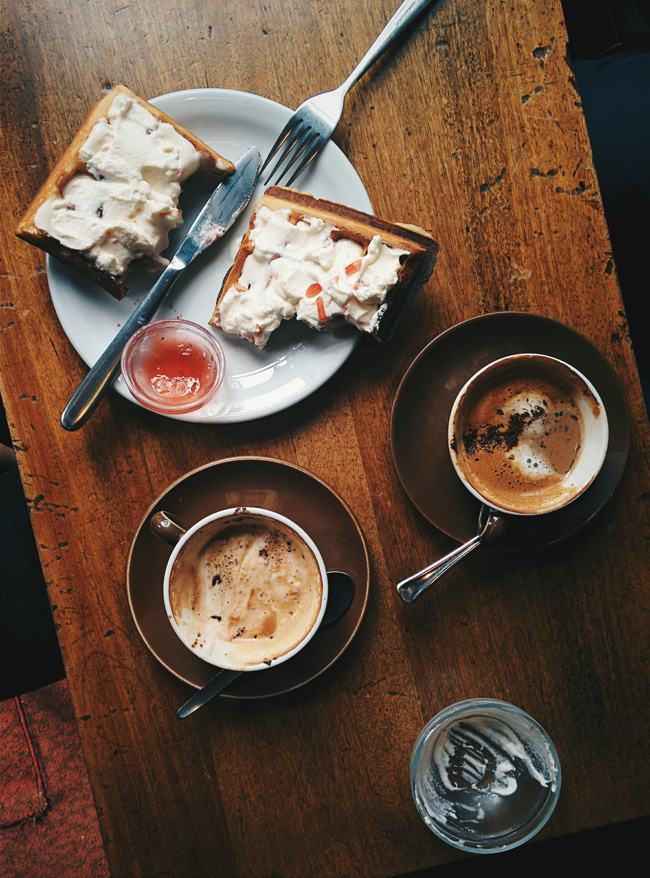 Earlier this summer, over my birthday weekend, I was sitting around the table with a bunch of friends. We were eating dinner, drinking lots of wine, enjoying the gorgeous weather, and generally just basking in the laziness of an awesome sumer night. You know how these nights go…you end up having some really fun, great conversations!

As the conversation turned to our jobs and our futures, one person posed to the group, “If you guys could do anything for your next career, what would you be doing?” I loved this question, not only because it assumes something I think everyone should consider — that what you do now won’t always be what you’re doing — but it was fascinating to hear everyone’s responses and see whose jobs would be similar to what they work on now, and whose would be a total departure. For example, it was no surprise that someone who works as a consultant was interested in getting into venture capital, or a financial accountant was interested in rising through the ranks and working as a CFO.

For my own response, I initially thought I would have to really hem and haw over it, but almost immediately, my answer came to me. I like to think that means something.

But before I reveal all (ha!), I was curious to pose this question to you all today, because it’s one I’ve been thinking about ever since that dinner. It’s so easy to think of your life as static, even though intellectually you know that’s not the case. Sometimes when you’re unhappy with your job, or where you live, or any number of other things, it’s hard to imagine what it will feel like on the other side. I think opening yourself up to the possibility of change, and concurrently keeping your ambitions in mind can help lead your life into surprising and (good) uncharted territory. As I’ve headed into my 30s, perhaps this has been on my mind more as we grapple with if/when we would have a kid, or what that next career would be (and when it would start and how we’d get into it), or where the next decade will take us and where we’ll be when we hit 40 (!). Seeing myself through this different lens has meant I’m kind of fascinated with seeing my friends through it as well — I wonder what people really want and where they’re headed.

So here I am, being nosy and curious with you! If you could do anything for your “next career” — i.e., something reasonably realistic that you would want to work on and build for another long-ish period of your life — what would it be? What would it take for you to do it, and sustain it? I’m legit interested in hearing what you think about doing.

While I really, truly enjoy my job now and can see myself doing it for many more years, I would eventually like to get into the wine business. When I was in culinary school, ironically, one of my favorite series of classes were the two we took on wine and spirits. I adored learning about all things wine, specifically how it was made and how wine styles are developed. Later, when I was working as a freelance food writer in San Francisco, I also worked a harvest at a local winery, which was a custom crush facility. It’s no longer in business the way it once was (and has since relocated to Napa), but the idea behind this winery was anyone could come in and make their own wine. You bought grapes from some of the most notable vineyards along the west coast (wine enthusiasts might recognize names such as To Kalon, Beckstoffer, and Stagecoach), came up with a wine plan in terms of how it would be fermented, aged, and blended, and could even design your own label.

The result was that in the harvest I worked, the winery made 1000 different wines (for reference, a mega-winery like Robert Mondavi makes around 20). My job at the winery was to teach clients about making wine, as well as helping with all the manual labor required of a harvest. Honestly? It was the most fun I ever had at a job, and it got me hooked. I could ramble on about wine and my work there, but you get the gist. So yes, that’s what I’d love my second career to be — something in the wine industry, preferable close to either growing or making. Are you surprised? Here I am in a past life, on the right, teaching people about fermentation: 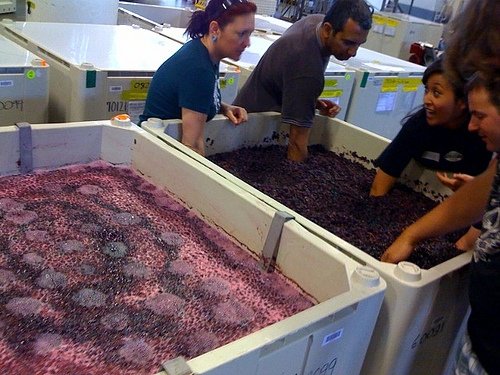 Your turn: what would you want your second career to be?