I read this piece in the Times the other day about keeping a failure résumé, and liked the idea so much, I wanted to pen my own. The basic idea is you write down all of your more notable (and humiliating) failures, then—gulp!—share them with other people. As the article says, “because you learn much more from failure than success…honestly analyzing one’s failures can lead to the type of introspection that helps us grow—as well as show that the path to success isn’t a straight line.”

Hear, hear! While I’ve reflected on my own (numerous!) failures over the years, I’ve never written them all down in one place, let alone shared them together. So today, I’m presenting you with my failure résumé. In no particular order, here are some “failures” over the course of my life:

Long time readers will remember that after I finished university, I decided to go to culinary school. What a lot of people don’t know is after that, I worked a series of part-time and temp jobs, in an effort to support a freelance food writing career. This was my first attempt at working for myself—the studio as you know it today is actually my second.

Back then, it was not an ideal time to try and make it as a food writer. This was circa 2007 and 2008, after all. Print media was dying (R.I.P. Gourmet), food blogs weren’t yet big business, and media sites—food focused or not—didn’t exist the way they do today.

It’s not an exaggeration to say I really struggled.

That age is so hard anyway—you’re in your early to mid-20s, unsure about what the future holds, full of so many ideas and ambitions but not always sure where to direct that energy. I remember feeling like I would never figure out what my direction was supposed to be, like “the future” would never find me. I felt like I was on the right path, but when my efforts yielded so little (and when I could barely pay my bills), it was easy to feel defeated.

But around this time, while I floundered and figured it all out, I started a little blog called vmac+cheese. The blog became a place where I published essays rejected by magazines, and where I wrote the types of pieces I knew would never get accepted anywhere—or would end up covered in red marker, my voice lost.

The blog—the same one you’re reading right now!—opened me up to so much, right away: an online community, learning how to design, how to create content, the entire digital content revolution. Back in the summer of 2008, I felt like a complete failure, launching this little site only a couple friends read, thinking it would never—could never—amount to anything.

In the end, it allowed me to launch a second, financially viable freelance career, helped me find my voice and hone in on a style, and connected me to some of the most amazing women in my life. And it continues to bear fruit, in ways that never cease to surprise me! It’s really the gift that keeps on giving.

All from a time in my life I’d written off as a failure. 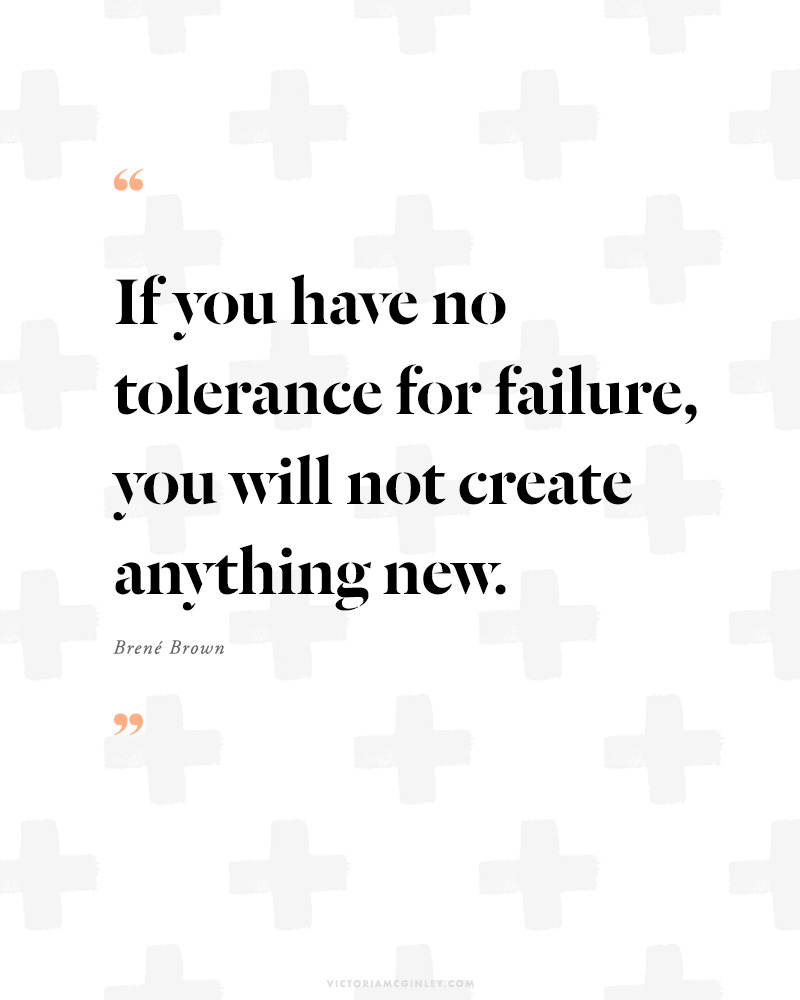 Failure 2: Not getting into my first choice college

I was devastated when I didn’t get into Duke, and even more so when I got waitlisted at Vanderbilt. Wanting to lock things down (and not wanting to attend university in the same place I’d grown up), I chose USC, in Los Angeles. Looking back, I am so, so, SO glad I came west. For one thing, I can’t imagine if I hadn’t met Joe (he was also rejected from his first choice school, and ended up at SC as a backup). But for another, when I look back on the course of my personal development—especially in terms of how I felt about my racial identity—it is fortunate I ended up in California, where for the first time in my life I was in a truly diverse environment and could be honest about who I was. It’s possible I could’ve had this same experience in North Carolina or in Nashville, but part of me thinks I was attracted to these places because they felt safe and similar to the place I had grown up. I’m glad I failed to get into my first choice school, because the entire course of my life after age 17 happened only because I ended up on the West Coast. 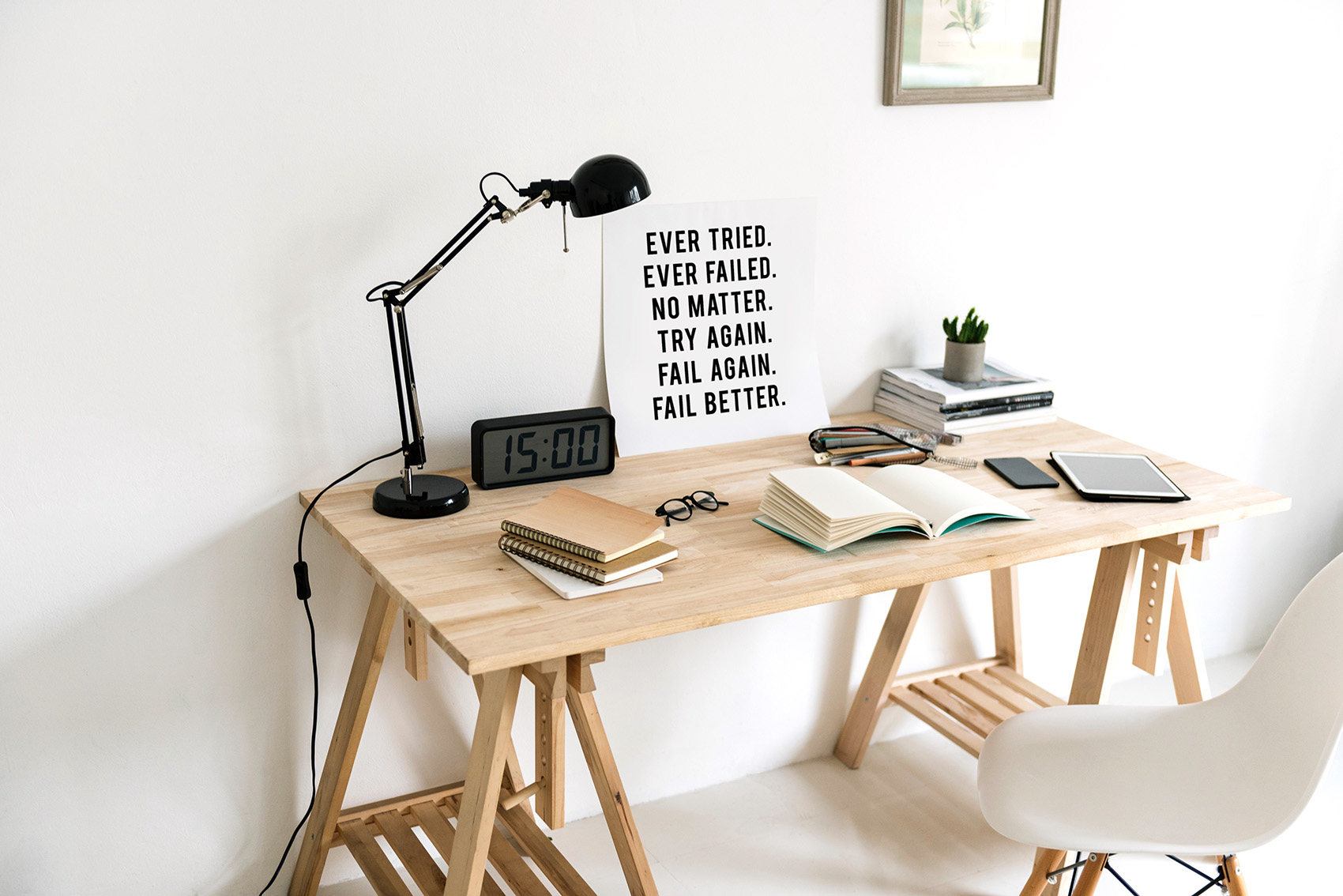 Most people don’t know this, but my studio originally launched as an entertaining services business. With a culinary degree and lots of experience developing recipes and menus, my original vision had been to help people learn to cook, meal plan for their households or for parties, and design collateral elements that would accompany these things (invitations, etc.). Early on, the graphics side of the business is what I got asked about most, so I pivoted once I figured out people wanted to pay me to design things for them, not pay me to teach them to cook.

But the real kicker was this cooking class I taught just a few months into launching my business. A friend of mine owned a boutique gym, and offered to advertise a healthy cooking class to her members. It was a small group setting—maybe 6 or so people signed up. I organized the whole thing, from renting the kitchen space, to shopping for the recipes, to planning the one-day curriculum.

Let’s just say the class planning was enough to make me realize I did not want to teach cooking professionally.

But the class itself, in my mind at least, was a disaster. Any time you cook in a new kitchen with new equipment, it’s inevitable that timing will be a little off. You have to get used to how hot the ovens run, how the new-to-you cookware reacts to the burners, and learn where all the utensils are so you can create an easy flow as you prep, then cook. I didn’t have an opportunity to do a practice session, so the class was less than smooth. I burned some items and undercooked others. My suddenly-absent cooking skills made me flustered, and I misspoke some key cooking terms.

Man, nearly 7 years later, I still get flustered even thinking about it! I could’ve definitely prepared better, but I also didn’t know what I didn’t know…you know?

Needless to say, I never offered another class again, and not just because the first one embarrassed me. I just didn’t enjoy planning or executing this type of service. So while I viewed the experience as a failure, it was also the nail in the coffin for my studio’s original vision. It made it easy to divert all attention and resources into growing the graphic design side, which eventually flourished.

The lesson for me? Our professional disasters are frequently signposts in the road, telling us when to change direction. 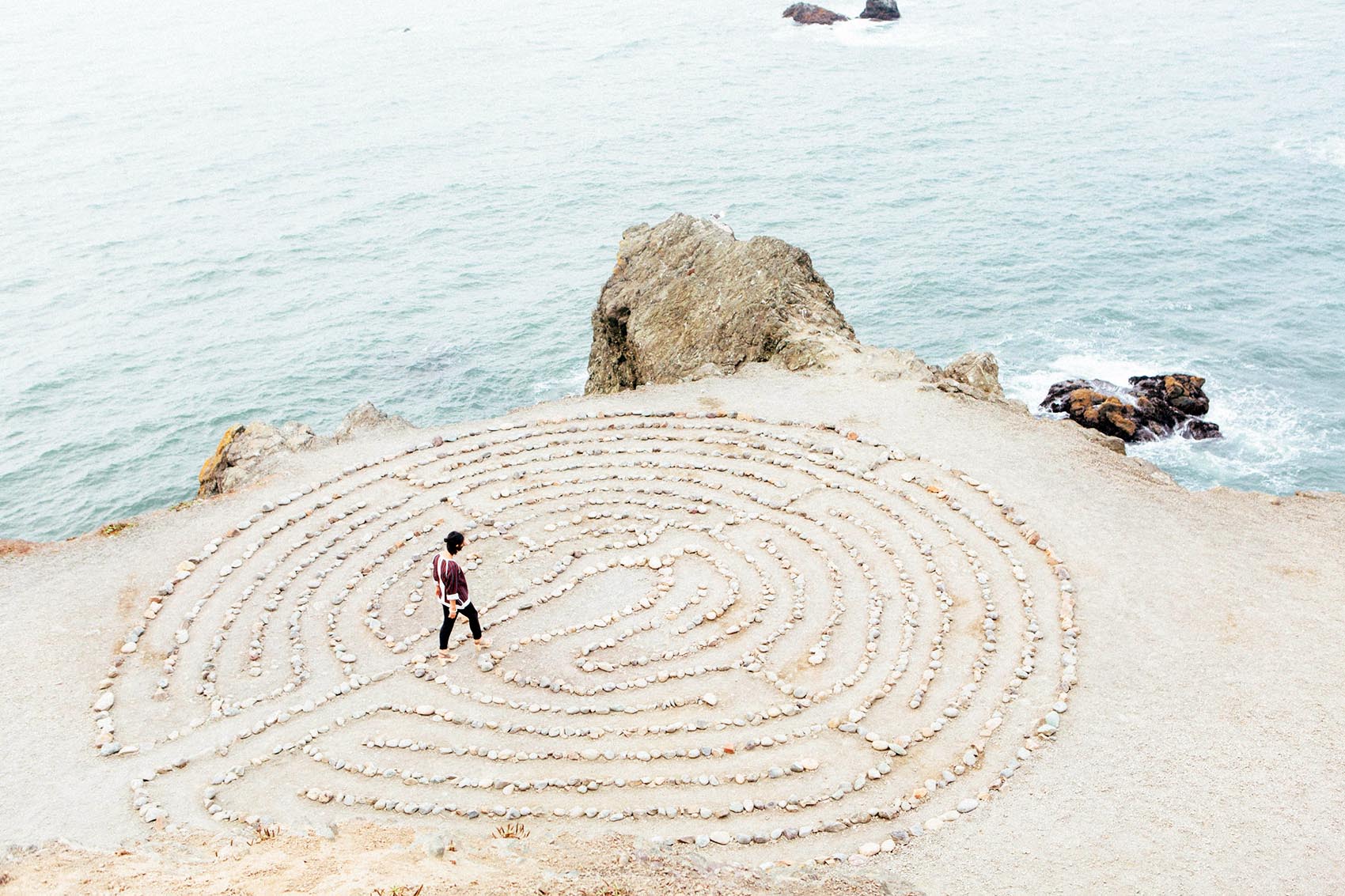 Failure 4: Selling The B Bar

In early 2013, I launched an e-book shop with Meg Biram. It was called The B Bar—we sold “cocktails and cure-alls for blogs and businesses.” In addition to our PDF books filled with content and how-tos about blogging and digital entrepreneurship, we wrote a blog featuring tons of posts about the blog industry in general.

Some time in early 2015, we began thinking about closing up shop—or at least, considering how we were going to transition out of the business. By chance, in the summer of that year, an offer landed in our lap to purchase the entire business and its assets. The offer was okay—and after crunching some numbers, we initially thought it was a little low. But admittedly, as it was my first time trying to sell a business, I had no idea what I was doing, even after talking to other entrepreneurs and researching frantically online.

We went back and forth with the investor for months, trying to figure out sale terms that would work. In the end, for a variety of reasons, both parties decided to walk away from the deal.

Failure? Well, sure, I REALLY wish we would’ve just said yes to the original offer, and taken the money and run!

But when I look back now, it was such a great learning experience. I learned a lot about how to value the intangible aspects of a business, the types of things someone investing in a digital business is looking at and looking for, and most importantly, to trust my gust instincts—both when something feels right, and when it’s time to walk away. If the opportunity to sell a business ever came around again, I’d feel far more prepared. And, since we parted on good terms, I’d actually have no problem contacting the investor in this deal and asking for their advice! That’s just another small thing that made this “failure” a success—I walked away with a supportive contact I can reach out to in the future. 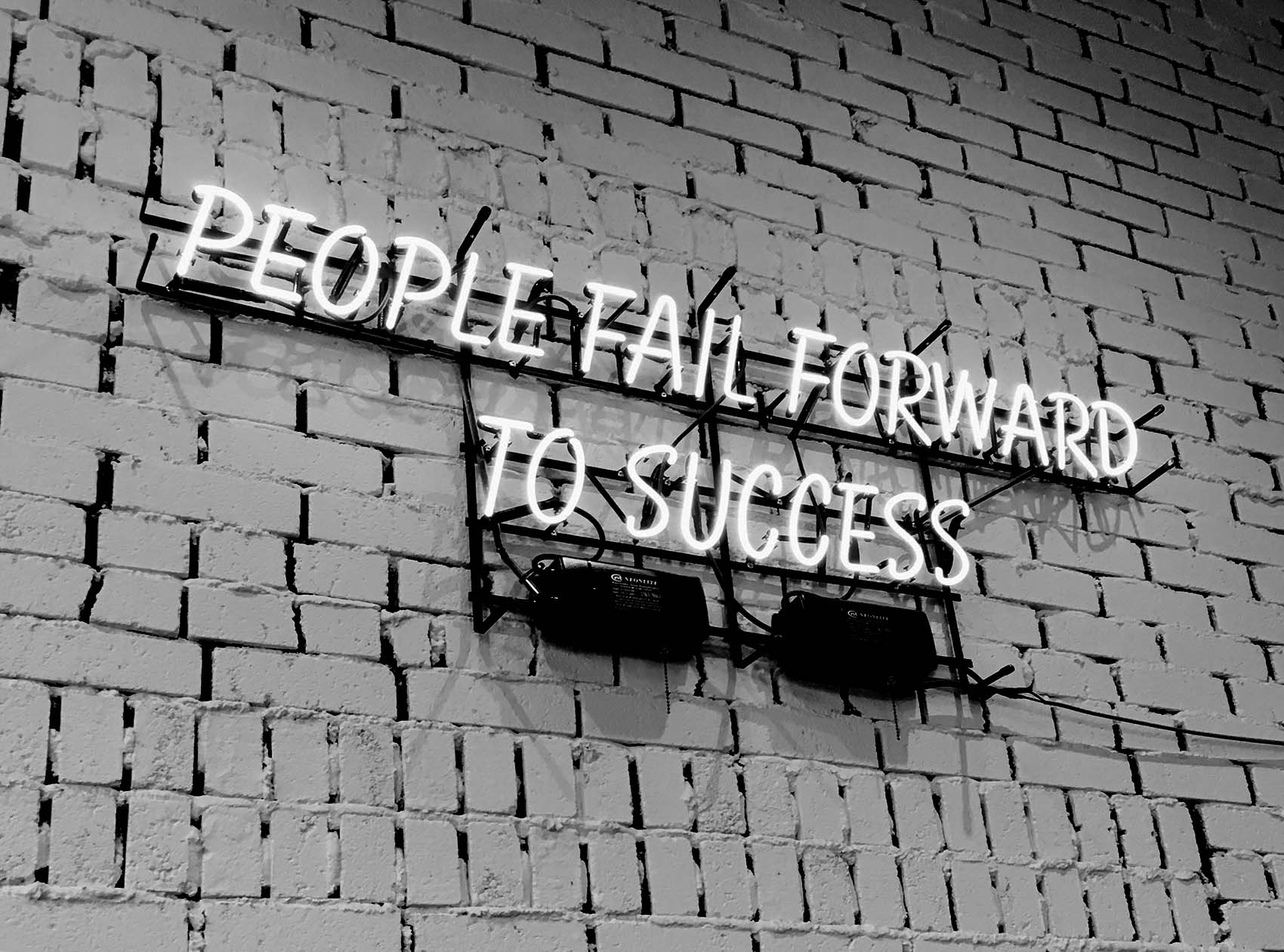 Failure 5: Every thing I’ve ever designed

This one sounds a little dramatic, but it’s true. Any time a client project launches, I feel so proud and am so excited—but I also tend to uncover things I’d do differently. If you are a creative of any kind—whether that’s in artwork you make, blog posts you write, or simply creative solutions you present at your job—regularly reviewing old work is one of the most important things you can do.

I’ve been known to cringe when reviewing old websites I’ve designed, but revisiting them and thinking through what I would do differently forces me to contend with three very important things. 1) It teaches me how to think critically about design decisions, which makes me a better designer moving forward. 2) If I notice the client is using products I’ve designed in ways I didn’t (or couldn’t) foresee, it highlights our communication disconnects, and helps me improve my process. And, 3) it encourages me in my work, because seeing improvement from one project to another shows you how far you have come.

No matter what industry you are in, reviewing your past work with a critical (but kind!) eye to pinpoint your “failures” will make you better at that work in the future. Always.

I could think of at least 5 more failures, but these are the ones that always come to mind for me! What about you? What’s on your failure résumé? I really hope this post has encouraged you to talk about your failures more—even if internally, you’ve already learned the lessons from them, as a culture it can be so helpful to hear about other people’s “failures.” We’ve all failed at something at some point in our lives! It’s the resilience you develop from your setbacks that really matters.

PS—if you write a blog and decide you want to post your own failure résumé, I made a little graphic you can use to intro it, here!