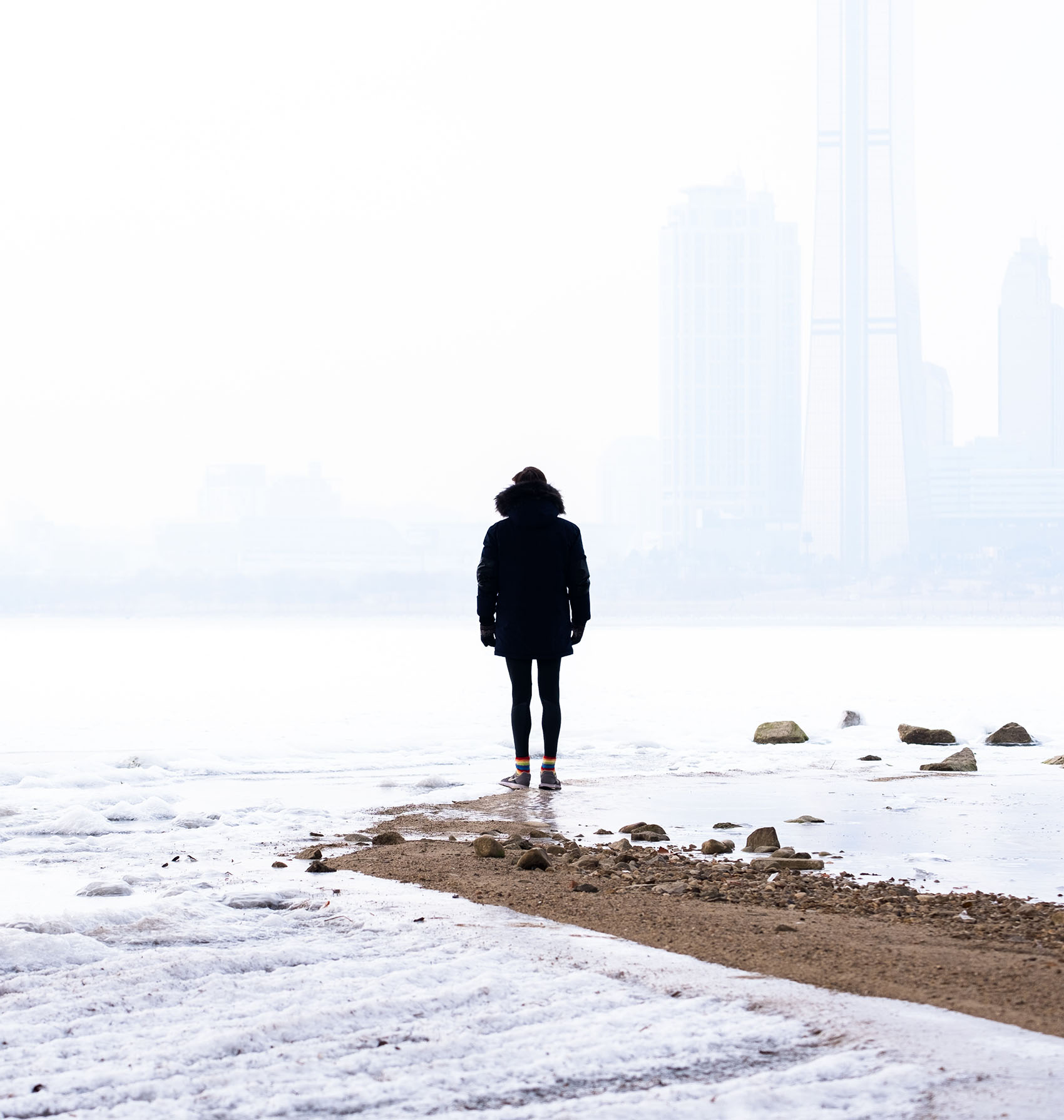 It’s an international scandal, as dumbfounding as it is unsurprising: flights more than 8 hours long do not promise planes with ample legroom for all.

I am researching flights to South Korea, my browser tabs shrunken and unreadable, with too many travel sites open. I click from portal to portal, gauging prices, assessing potential for misery. And yet, that frisson of excitement which accompanies great adventures is there, humming steadily in the background. Despite air travel’s propensity for inconvenience, it always amazes me that the far away places we daydream about and pin to “someday” boards are really only a few clicks and a credit card number away. Sometimes I think the most exciting moment of any trip is when you commit to the air travel that will get you there. The most important ones make you feel like you’re standing on the edge of a great precipice, and with a simple ticket purchase, you dive headfirst toward some new horizon bound to change you. You fall slowly towards your destiny at first; faster and faster as the journey nears.

Over 12 hours from SFO to Seoul; almost 11 hours coming back. Hmm. I’m not great on long haul flights to New York as it is, so to travel across our planet’s largest body of water feels like a journey in and of itself, never mind what awaits me once we land on terra firma. My hand retreats from the mouse and I stare at the monitor again, wondering, am I really doing this? I’m actually going to go to South Korea for almost two weeks, on my own? South Korea. What a funny place to plan your biggest trip of the year; no, the biggest trip of a lifetime. It was where I was born, and I have not stepped foot on Korean soil in well over 30 years. Actually, scratch that—I’ve likely never stepped foot on Korean soil at all, because I was six months old when I left the country.

My infancy timeline is like a very old, well-traveled passport: you know the general information on it, but the paper is worn, the stamps fading and illegible, and you can’t quite recite the ID number from memory. I was born in August. Arrived in the States the following January. The months in between those two events, I’m hazy on the details, and before my birth, my story is nothing but gaping holes with virtually no information. In some ways, life begins from that January onward, when my existence was documented reliably and clearly, with color photographs that show me who I was. In an odd bit of where-were-you-when minutiae, I went home with my family on the date of my future husband’s first birthday (some things really do feel predestined).

And then, for about the next 32 years, I felt no pull to return to Korea. When you tell someone you are adopted from another country, invariably one of the first things they will ask you is, “Have you ever been back?” and should you respond in the negative, the immediate follow up is, “Do you ever think you will go?” My answers to both had always been no.

In fact, until a few months ago, I did not feel drawn to East Asia at all, and certainly not to my birth country. Yet simultaneously, I would wonder about some life I must be living in a parallel universe, in which I never left Korea and cannot write in the language you are reading. In that universe, is K-beauty just beauty? Am I still creative? Did I go to college? Do I have brothers and sisters? Is my father already dead, like he is in this American life? The entire wild trajectory of my existence can be traced to an island on Korea’s southeastern edge, and I had no interest in knowing more about it. My two lives have stayed binary. The shades of grey in between—infinite in their possibilities—existed only my imagination.

What changed? I can’t really put my finger on a single moment or event or thing that made me interested in going back to Korea. Maybe it was a string of little things—which, in hindsight or to anyone else, are probably very big things—but largest of these is that last fall, I attended a conference here in San Francisco for Korean adoptees. If you’re surprised such a thing exists, join the club. I am a Korean adoptee and had no idea large groups of people all adopted from the same place are getting together annually. And I probably never would have known had I not watched the documentary Twinsters a couple of years ago, which follows two identical Korean girls who were separated at birth and rediscovered each other through the Internet (you should watch it!). Twins Samantha and Anaïs attended such a conference in Seoul several years ago, and on a whim late last spring, I googled where the conference would be taking place in 2017. It was in San Francisco. Ten minutes from my apartment. I had been repelled by the thought of exploring my origin story for so long, and suddenly, I felt a tantalizing pull. I took the conference location as a sign from the universe. Go. Explore. Do not be afraid. 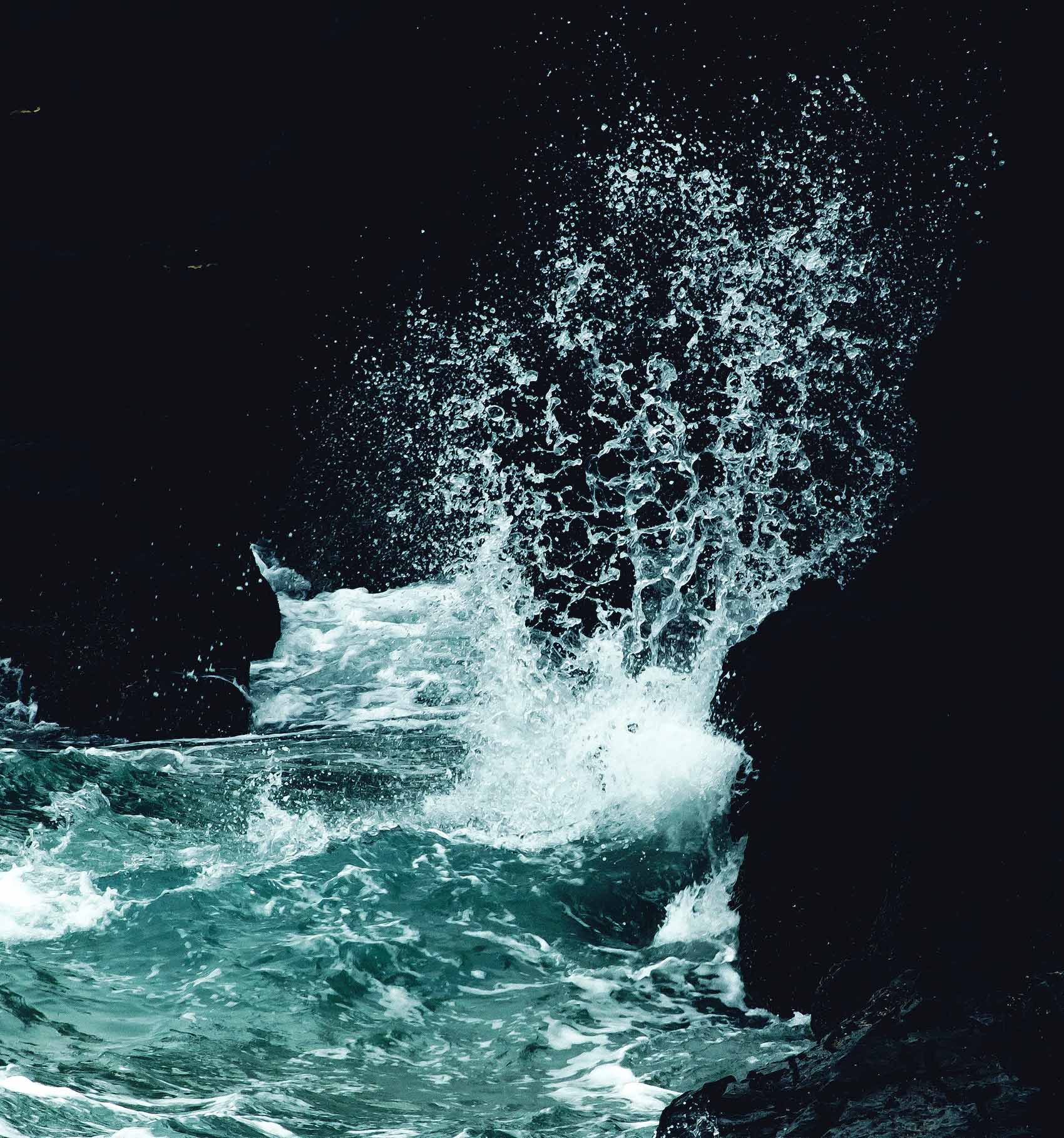 So there I am last October, sitting in a large hotel ballroom, at a conference that I learned about from watching Netflix, probably while wearing pajamas and eating takeout. I ended up in a seminar called “Return to Korea,” in which the speakers discussed their experiences of what it was like the first time they, well, returned to Korea. Most of them, I was surprised to learn, had returned through a sponsored tour put on by a non-profit organization each summer. And it was like everything clicked into place. I needed to go on this trip. There was no one thing anyone said to convince me, no individual, compelling words of encouragement. But I got excited about something big for the first time in a long time. Maybe that felt like reason enough.

And now here we are. Flights booked, plans (mostly) made. I’m going. I’m flying to Seoul by myself in late June and will be gone for nearly two weeks. I don’t speak a word of Korean or even know much about the culture or cuisine or why baring your shoulders is considered scandalous, but I’m going. I’m scared out of my mind, both because I have no idea what I’m doing and because, with the trip’s focus on discovering your origin story and potentially your birth family, I have no idea what I will find—or how I will return changed. But I’m going. I repeat it to myself regularly now.

I wander out to the living room after I’ve booked my tickets and confirmed my seats. The Super Bowl is already on, Pink belting out the national anthem, and I make Joe pause it so I can tell him it is done and I need a hug.

“I’ve never been to Asia. I’ve never been that far away from home,” I say into his shoulder, a couple tears spilling down my face at the thought of embarking on a journey so profound. Then, I pause. “Except, you know, that one time that I was born there and then flew here. That was the only other time I was so far from home.” I say these words to him and I write them now and it’s strange that “home” can exist as something so abstract, yet tangible and obvious and real, in this life you have lived. Home for me now is San Francisco, it is Austin, it is America; it is Joe, it is my family. I am curious to know what home could have been, and curious how the home inside you can evolve when you go back from whence you came.

A personal note: I’m sharing this series as a way to document the adventure, force myself to write in a new way, and take you along on a journey that is as real and honest as it gets. My hope is to post more about the trip when it happens this summer, as well as share some essays in the next few months about how being adopted has shaped me, and even shifted my own identity throughout life (and how it will continue to do so). One thing I’ve learned throughout all my experiences in life—both with adoption, loss, grief, entrepreneurship, marriage, pretty much anything—is that while everyone’s story may be singular, the various ways we process our stories is pretty universal. So I hope that even though most of you reading are not adopted, you’ll still come along for the ride and relate to all the ups and downs. Methinks the back half of this year will be very interesting, and I’m excited to share it with you. Thanks for reading today.