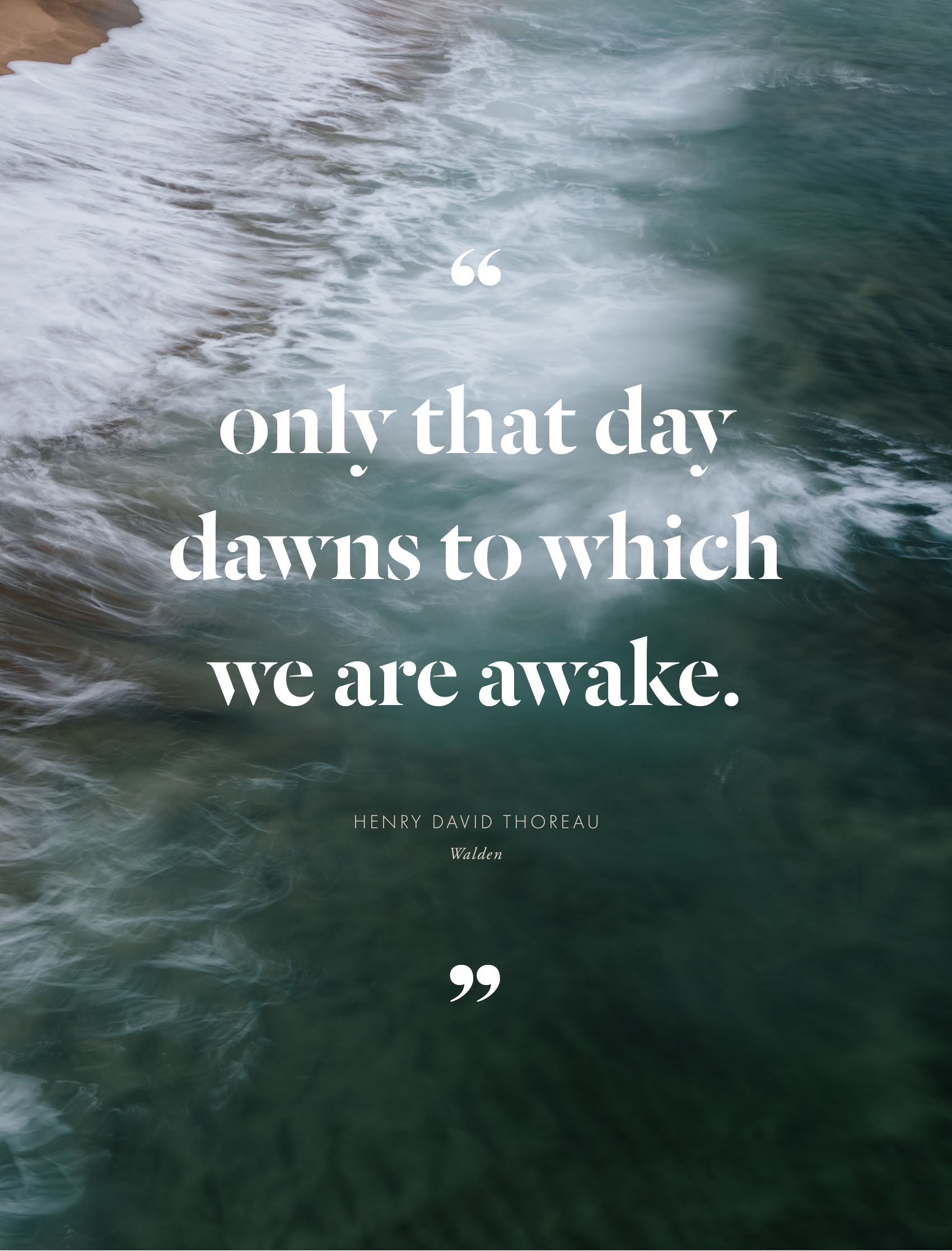 I love this time of year for many reasons — the holiday fun, the twinkle of lights on our Christmas tree, the cookies — but I think my favorite thing about the season is the reflection that it can (should!) bring about. Whether you make a resolution or not, it’s inevitable that as we barrel towards a new year, we all start to think about the last one and look ahead at what’s to come.

Recently, I’ve been thinking about my “theme” for 2017. Let me explain. In December of last year, on a whim, I bought this felt-tipped brush pen and was playing around with it in my office. I happened to write the word “forward” on a piece of card stock, and something compelled me to pin it up on an inspiration board. It stayed up all year. I couldn’t have anticipated it last December, but in so many bizarre and life changing ways, 2016 was indeed a year of moving forward. In fact, I can’t think of a word that better encapsulates the changes and adventures (to put it mildly) of the past year.

I liked the idea of having a word for the year, no matter that I stumbled upon it  (scratch that!) subconsciously. So I’ve been contemplating what 2017 will be about. The word I keep coming back to is “focus.” I’m working on integrating focus into my work, my personal mindset, and even how I treat myself. Here’s how (do any of these ring true for you?):

One thing I’ve become mindful of is that the Internet is a distracting place. LOL, just kidding, I ALWAYS knew it was a distracting place. But I’ve started to think more about ways in which it does or doesn’t serve me, both personally and professionally, and trying to shift focus when I’m using it in ways that only set me back. The biggest thing that comes to mind is going down the rabbit hole of Instagram for more than about 5 minutes. Inevitably, I end up either falling into a comparison trap or panicking that I don’t post enough. Or that my photos aren’t good enough. Or beating myself up that I should be taking MORE photos, then getting annoyed because as anyone who manages a “grid” knows, planning these shots isn’t exactly fast or easy, and I hate feeling pressured to spend time on it when I have about five hundred other things I’d rather be doing. Basically, this year I recognized that Instagram became a somewhat joyless work thing that didn’t really feel like a daily necessity. So I’ve been shifting focus away from it and trying to eliminate that stressor in my life. I’m still there and using it, I’m just trying to be more mindful of when it’s sucking up my focus and energy.

It’s similar with surfing apps in general. Tell me if this sounds familiar: you have some time so you decide to check in on Insta. Then Facebook, then Twitter. Then you wonder, “What’s happening on Snapchat?” And then, “Oh, it’s been an hour since I checked my email…I wonder what’s come in?” You do all this, with probably some browser surfing/shopping in between, and then a damn hour has gone by. And somehow, even though it’s COMPLETELY INSANE, you start the cycle again, because an hour has gone by and you wonder, “What’s new on Instagram?” And your app surfing cycle continues. What’s even more ridiculous is that this often happens while watching TV. You need entertainment on top of your entertainment.

Just me? Oy, how embarrassing.

I’ve been aware of this dumb trap for quite a while, and recently have opted to become a lot more mindful of it. I’m giving myself a set amount of time with which to surf, and recognizing when I’m in this pattern and yet simultaneously bored of everything I’m looking at. We should all also remember that apps are like casinos: they’re designed to keep you in. My goal is to shift my focus back to reality to get on with what I need to do, or perhaps even why I’m avoiding it in the first place.

Focus goal #1: Focusing in the literal sense, so as not to be completely unfocused and wasting my time and precious energy.

Focus came into…well, focus, in October and November, too. You guys, I did it again. I nearly ran myself ragged. No adrenal fatigue this time, but per usual, I have a hard time saying no to things and ended up putting everyone except myself first. So I took on way too much work in the fall and turned into a grumpy, frazzled, tired mess at home. With a brain that was constantly jumping from worry to worry, task to task, I realized I couldn’t really focus on anything. It was like trying to focus a camera lens on a close up shot, and there’s too much happening and not enough distinction in the details — everything ended up blurry and muddled with no focus on what’s most important. Unsurprisingly, this is when the idea of focus really took hold. I literally woke up one day and was like “Ugh, enough. Time to focus.”

What’s so funny and obvious about focusing on yourself first is that it makes focusing on others and the tasks at hand that much easier. Sometimes when I get into these ruts, I’ll do things like not fix my hair or put on makeup, assuming that the TEN MINUTES it takes me to do both is really going to mean 100,000 times more productivity at work. Which is obviously ridiculous. Taking an hour for myself to work out will not make or break a project workflow (in fact, if anything, it’ll probably speed it up). But we (okay, I) convince ourselves that this is the case, and stop putting ourselves first, even in the tiniest of ways. Once I’m in that rut, it makes it easier to say no to yourself in a lot of other ways too. I then tend to become a rather unpleasant person to be around, not to mention a less effective worker.

Focus goal #2: In 2017, I’m working on shifting my mindset to allow myself to put me first in the ways that matter most and will provide the most amount of impact at work and with family.

A lot of my thoughts around focus have been crystalized by thinking more about mindfulness.For me, this last one is the most abstract, difficult, and important piece of the “focus” triangle for 2017.  I’m slowly making my way through this book, and in tandem with some really good yoga sessions and trips to the beach recently, I’ve had the idea of “the present” on my mind a lot. The quote at the top of this post was actually a lead quote in one of the chapters of the book, and I really loved it. I’m finding that remembering to stop and focus on the right now, with no judgement or emotional attachment, is such a breath of fresh air for the spirit. Without meaning to, I also find that slowing down and being mindful inadvertently cultivates a lot of joy in my own life, because I end up recognizing how grateful or happy I am about something. That’s a lot harder to do when I’m in that dumb app surfing cycle, or focusing on everyone except myself. A good example happened yesterday, when I was out taking Lucy for a walk. She broke into a run, and I decided to jog along with her, reveling in her laughter and smiles. I stopped my thoughts for a second and reminded myself, “This is it, right now.” That probably sounds super granola and cheesy, but it was so joyful to be running alongside my beloved pup on a cool winter day, feeling her happiness, and everything that mattered was in that one moment. It was good stuff, you guys.

Focus goal #3: Cultivating mindfulness, whatever that looks like in my own life. The name of the book really sums it up: “wherever you go, there you are.” Abstract? Sure, but it’s worth thinking about.

So that’s a little of what’s on my mind as we head deeper into December. What about you? Are you already thinking about New Year’s resolutions or goals for 2017? I’d love to hear about them below!