Winter is coming. Here's the "lip balm" you need for it. 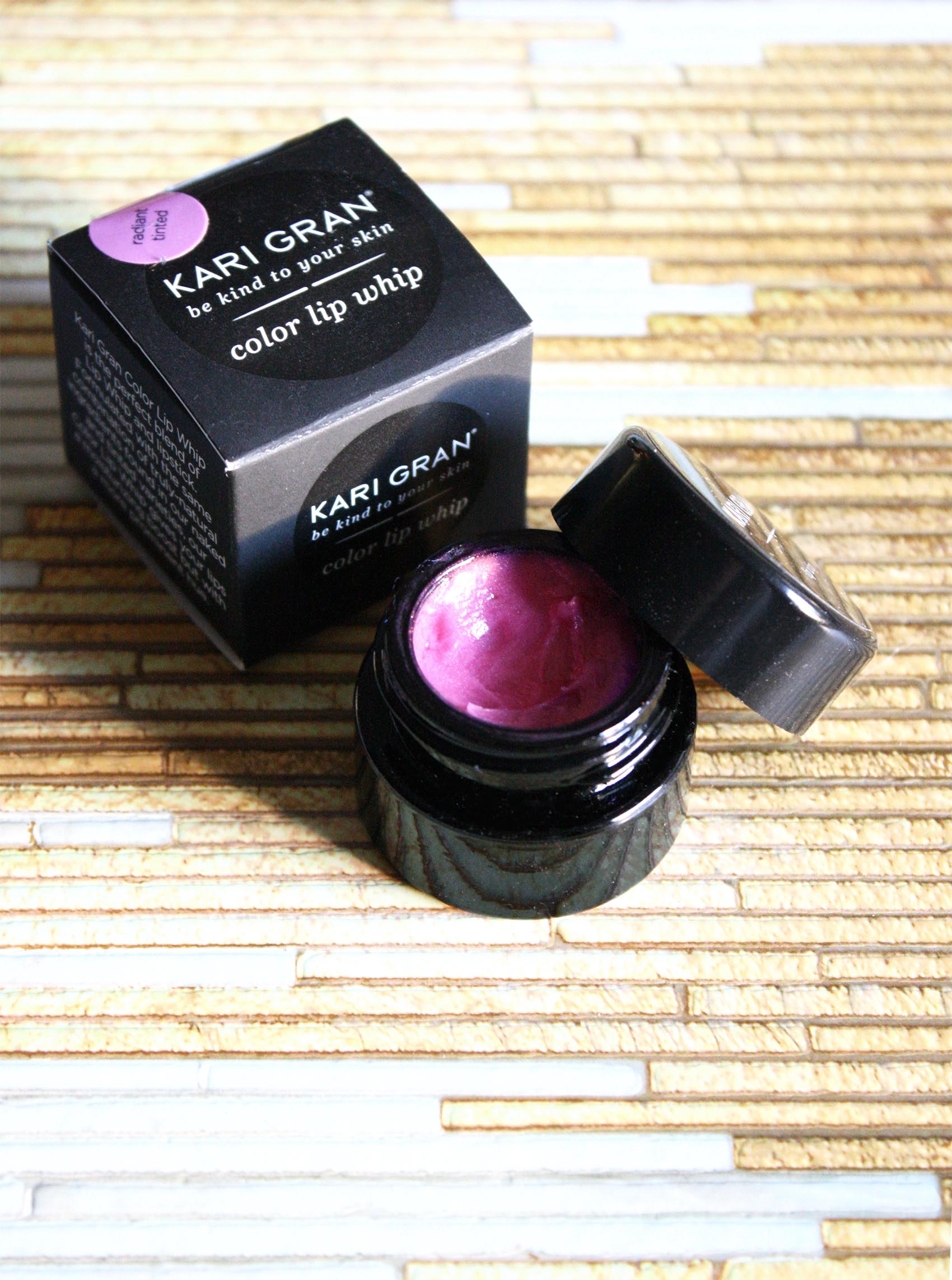 I’ve only been using Kari Gran’s Tinted Lip Whip for about two weeks now, but here’s how I know it’s good. On two of the weekends that I had it with me, I was also in the company of groups of women, who all wanted to try it. Try it they did — and they loved it. This has been such a good beauty discovery, that as we’re heading into cooler weather (a.k.a., Chapped Lip Central), I thought you absolutely needed to know about it.

So, two weeks ago, I stopped by Credo on Fillmore to pick up some more of that Trilogy lotion. I was leaving later that night to head to Lake Tahoe, so this was a last minute errand to pick up toiletries that were about to run out! I was running low on lip balm, so I thought I’d finally buy a pot of Herbivore’s Coco Rose Lip Conditioner (remember when I mentioned the tinted version earlier this summer?). We were chatting about it when the salesperson said to me, “Have you ever tried Kari Gran’s lip products? Honestly, I think they’re better moisturizing than Herbivore’s anyway.” I was a little hesitant, since I was in a bit of a hurry and didn’t feel like spending time exploring a new line. But she convinced me to take a q-tip and sample a tiny bit of one of the shades.

HOLY MOLY. First of all, the texture of this “balm” is very unique — it’s extremely light and airy (hence the ‘whip’ in the name), but you also only need the tiniest bit before you feel like you’ve slathered it on. I don’t think I’ve ever used a product that made my lips feel so immediately soft and comfortable, even when they’re chapped. It’s incredible! 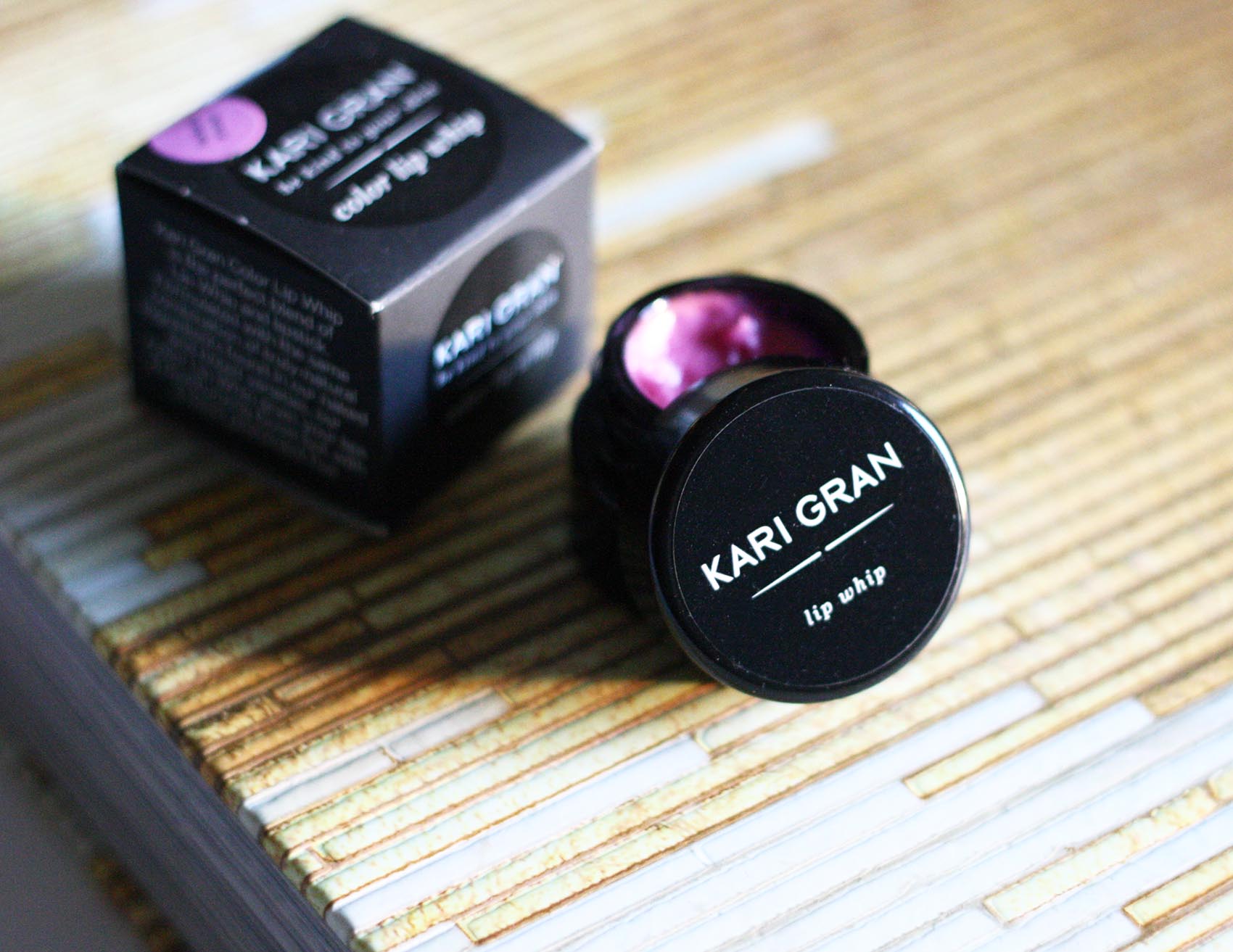 The product comes in a few different shades, as well as some colorless versions too. However, I find the shades are extremely sheer. I ended up going with the Radiant color, and it adds the lightest touch of pink to my lips (and as a bonus, it also has peppermint oil in it, so it gives you that pleasant cool tingly feeling when you apply). It looks and feels like you have something on, but it’s not overbearing at all — perfect for those “makeupless” days. It’s also great to layer over other lip color if you want extra moisture and a little bit of glossy shine.

When I was in the cabin in Tahoe — which, at about 7500 feet, was pretty high altitude — everyone’s skin and lips were so dry the first day. I couldn’t believe that my lips felt totally moisturized. I shared some of my newly discovered Lip Whip with the group, and everyone was wowed (and asked me for more all weekend). Last weekend in Napa, I got the entire group hooked, too (everyone took photos of the pot and said they wanted to order it for themselves and for stocking stuffers this holiday season). It really is that good! 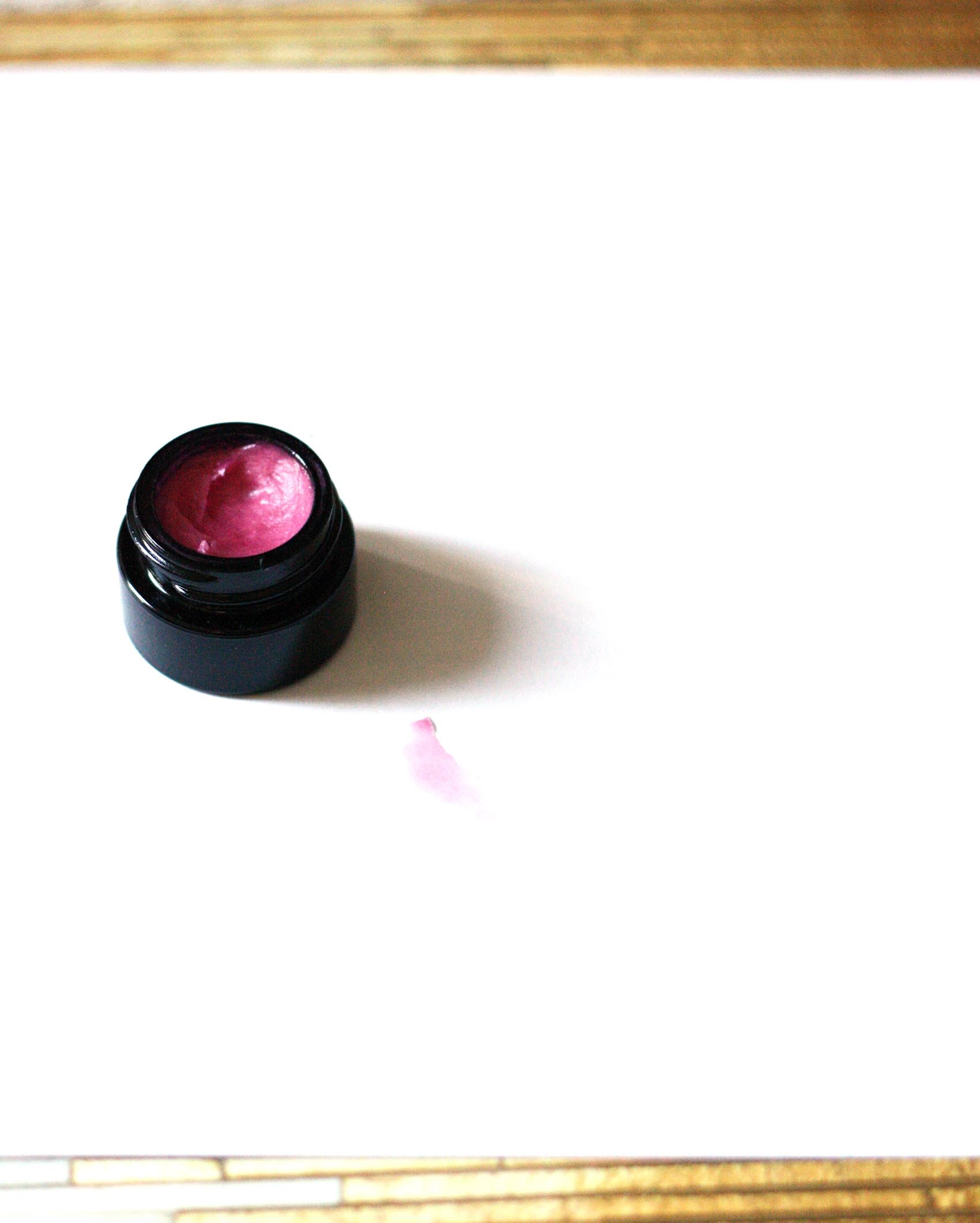 Ready for the final cherry on top? Lip Whip’s ingredients are primarily organic. Seriously! With the exception of some of the specialty oils, and the mineral ingredients that provide color and shine — organic. The only downside is the ingredients are reflected in the price. At $21, it’s more expensive than a simple drugstore lip balm, but I don’t think you can even compare the two, really. Since it doubles as a makeup product (you can use it as a lip gloss for sure) and it seemingly will last quite a long time, I think it’s one of the best buys for the winter. I’m planning on picking up an extra one so that I can keep one in my handbag and one at my desk.

Here’s a pic to give you the idea of how sheer it looks on skin. My skin tone is pretty medium; if you wanted a darker look, I’d try the Marsala shade. 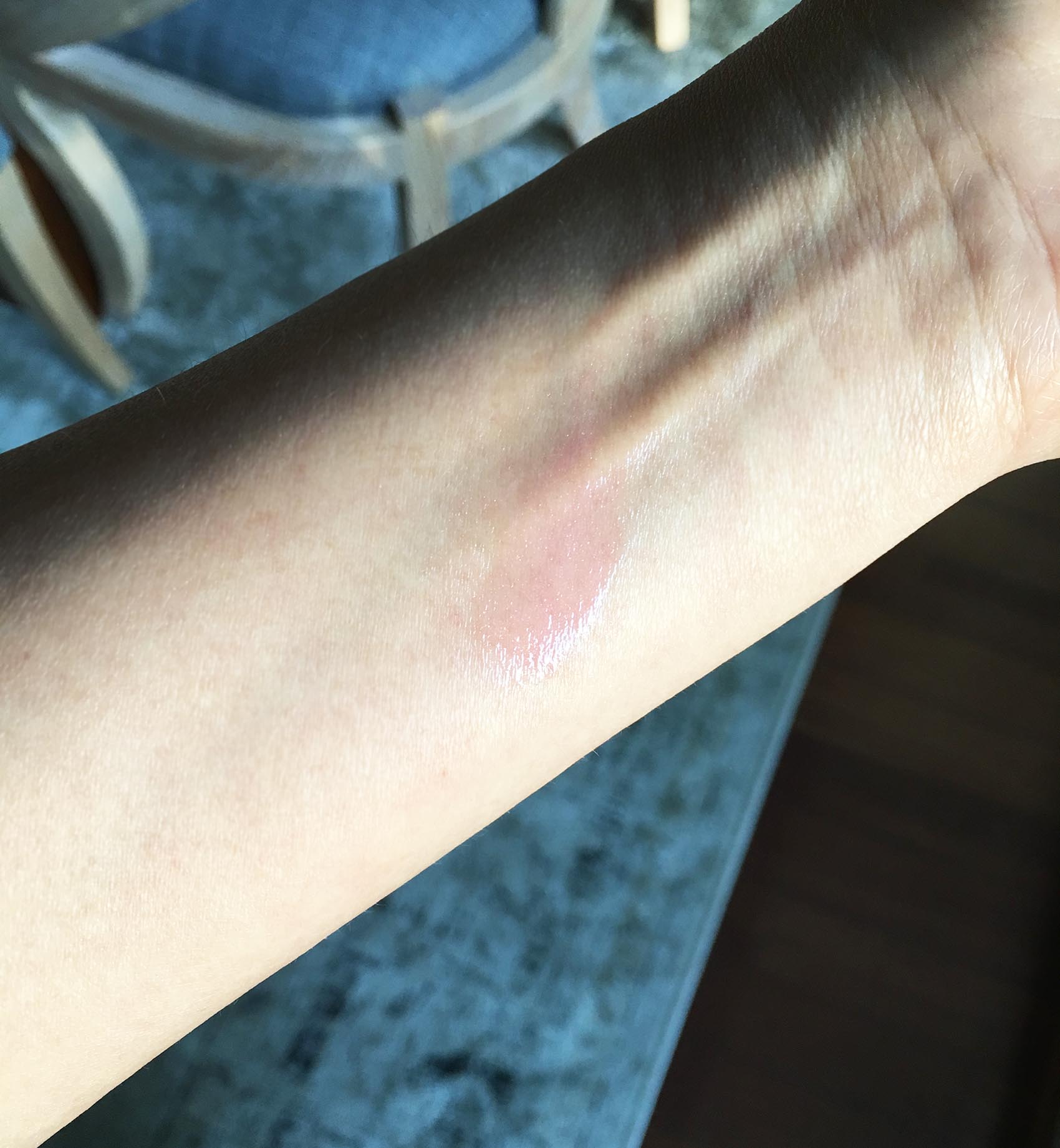 Kari Gran sells at Credo (where I bought it), Amazon, as well as Sephora. You can also purchase directly through the Kari Gran website. Give it a try and let me know what you think! 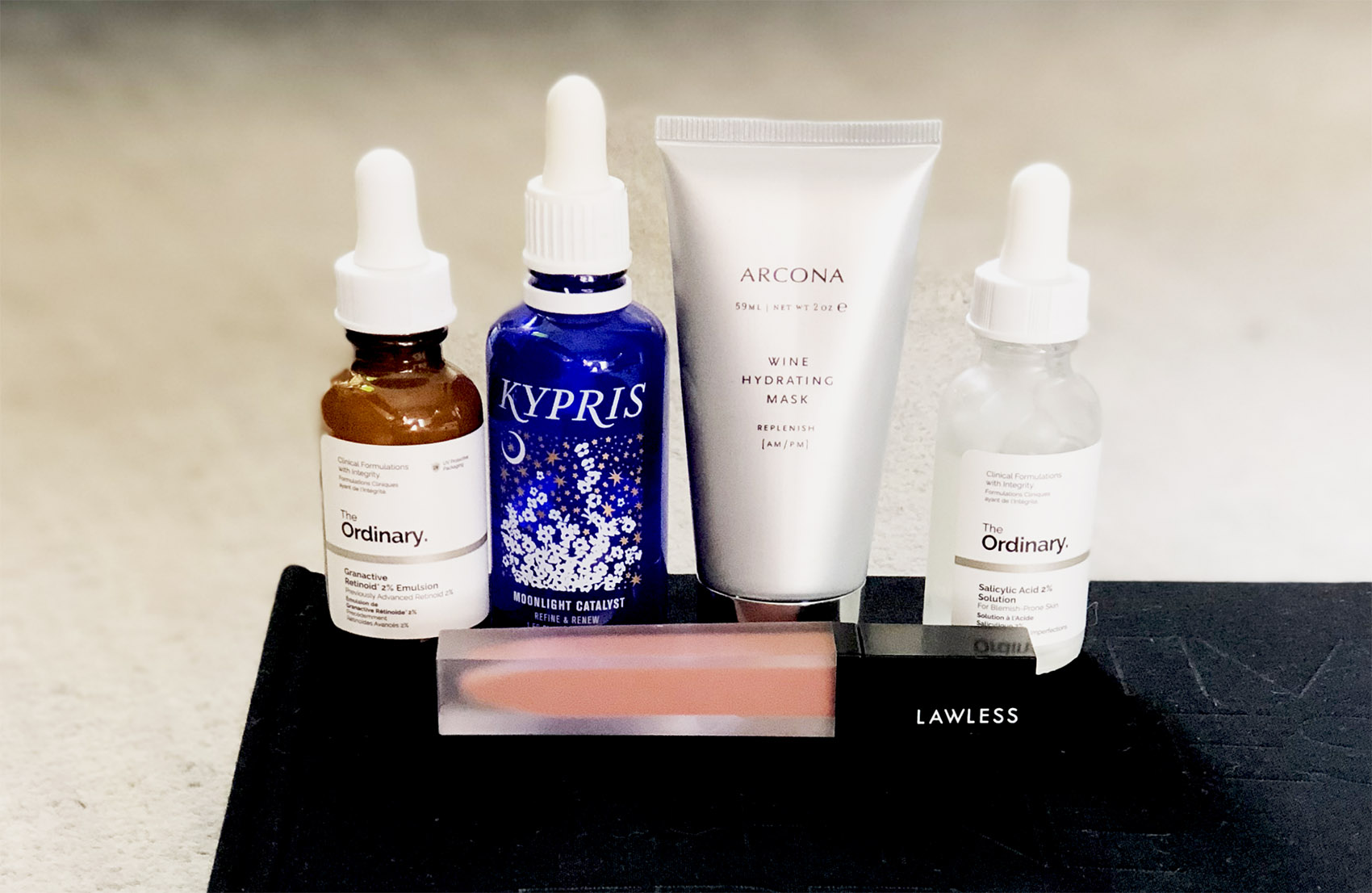 Plus, why Manuka honey needs to be in your beauty arsenal, stat.
Read more

my current beauty routine, including a must try serum that's only $20!
Read more