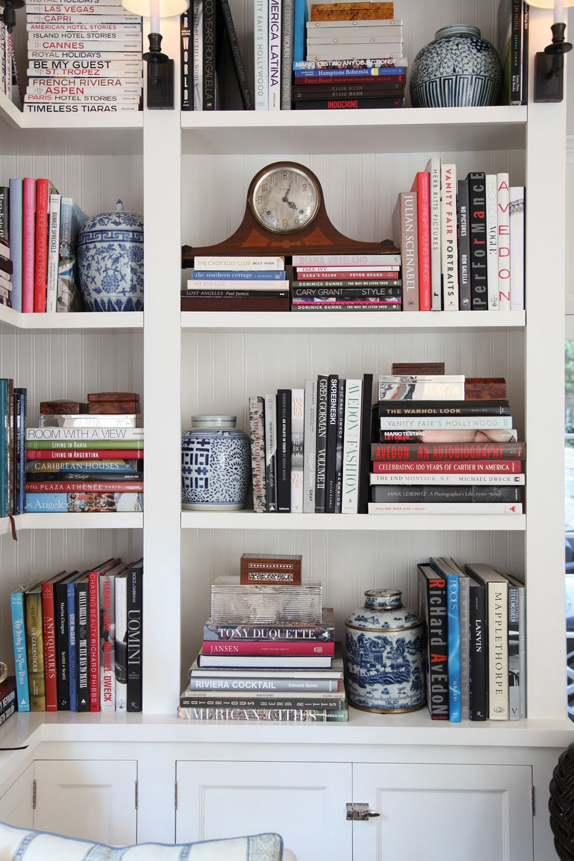 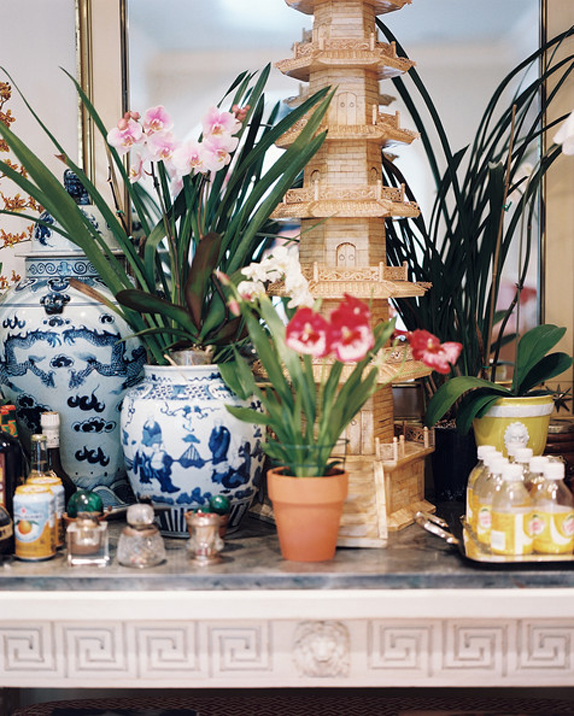 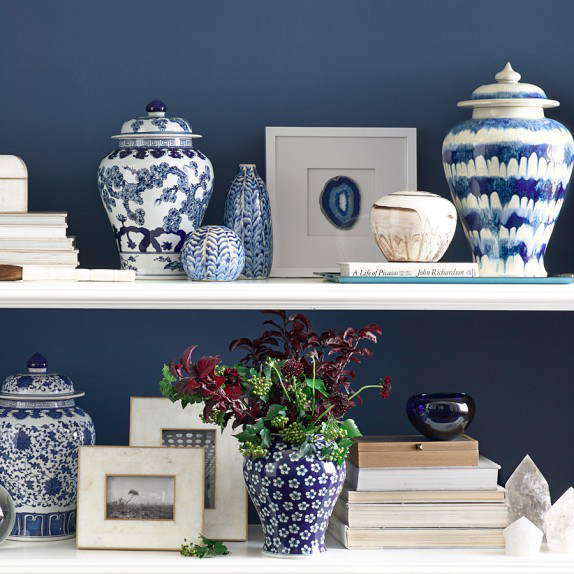 Me, into collecting antiques. Who would’ve thunk it? I’ve mentioned here before how my grandmother and I have a really special bond and mutual love for finding and appreciating beautiful, meaningful objects in the home, but one thing I probably haven’t mentioned is that growing up, I was dragged to all sorts of auctions and antique stores, usually located in the middle of nowhere. I hated it, then. Now, I couldn’t think of a better way to spend an afternoon!

This past holiday season, I mentioned to my grandmother that I had been on the hunt for an antique ginger jar for our living room. The overall palette in the room is very light and neutral; however, from the get go, I wanted to accent with soft blues to keep the room feeling traditional, yet warm and welcoming (I realize this is hard to envision sans pictures…we’re still working on getting a few pieces and artwork in place!). Whatever their current trendiness, I’ve been looking for an antique ginger jar for a few years, but have never been able to find the right combination of pattern, shape, size, and price that fit the bill.

“Oh, you should’ve told me sooner!” my grandmother said to me, “I used to have tons of those things and I practically gave them all away at garage sales.” Total face palm moment. But then, there was a silver lining: “I’ll look for one for you!” she told me. When my grandmother goes hunting for a particular antique, you can basically guarantee that she will find it.

Shortly after Christmas, a very beautiful, uniquely shaped ginger jar arrived on my doorstep. I really loved that she found me something from the 19th century, that had  a little patina and was the real deal. But then, last week she sent me an email and said to keep an eye out for something else. “I just had to do it,” she told me. Another (surprise) ginger jar to add to my collection! I’m totally unashamed to say that even at my age, she still knows how to spoil me (after all, what are grandmothers for?). With two ginger jars kicking off my collection, I fear she’s created a monster. There are so many pretty patterns, and it’s really interesting to dabble in their background (there are a few great articles explaining the history of the ginger jar here, here and here).

Are you as big a fan of ginger jars as I am? And is there anything you’re currently collecting?