Real Life: How Do You Make Friends? 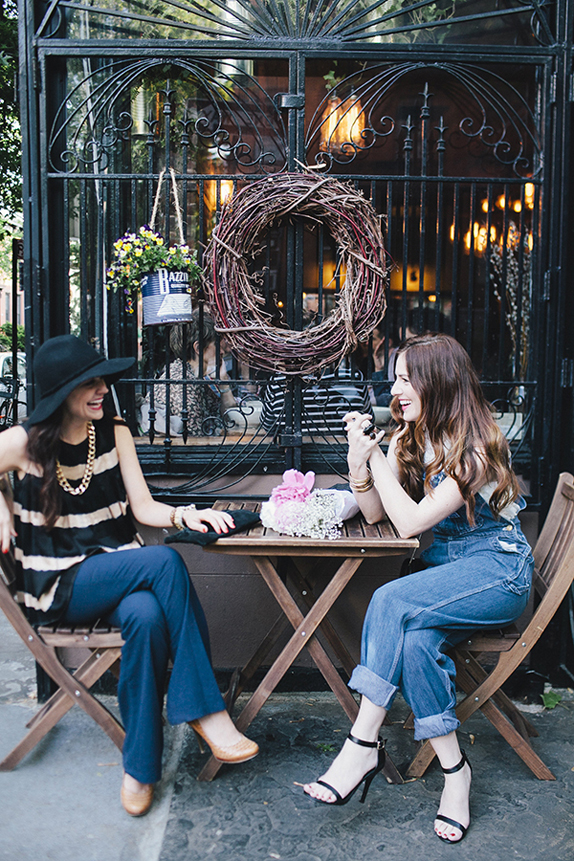 If you’ve ever moved to a new place as an adult, then I’m 99.9% sure that you will understand the following statement: when you’re out of college, it’s really hard to make new friends.

Can it be done? Absolutely. Is it a lot harder than when you’re in school and have ready-made friends living next to you, attending class with you, and who have other friends they can introduce you to? Definitely. And to be honest, it’s a process and reality I had kind of forgotten about for a while. When I first moved to SF after college, yes, there was a certain amount of loneliness, especially with all of our college friends back in LA for the most part. But with a new apartment with Joe, new people to meet in culinary school and new characters to talk to at a part time job, I don’t think I really noticed. As it happens with many adults, once I finally started working, my office became a great place to make new friends — and in some cases, stay that way, even after I left a given job. And then you meet people through your co-workers and quickly, a nice little group is formed.

In New York though, things have been a bit different. Since I work from home, I don’t have as big of an opportunity to meet new people in an office and bond over the water cooler or daily lunches. And, I’m home all day, which means reduced opportunities for friendship ‘meet-cutes’ at shops or cafes (ehh, not like I’d have the balls to introduce myself to a random at a cafe anyway!). I’ve had the pleasure of getting to meet and hang out with a whole host of bloggers here in the city, which is fabulous; the only problem I’m finding is that with many of my close friends back on the West Coast or scattered about the country, I’ve been craving more personal connections in my social world here (makes sense, right?). But when you get a bunch of bloggers together, the reality is there’s often a lot of industry talk happening. Fun sometimes, but not so much if you’re really trying to get to know people and figure out if there’s the potential for a real, lasting friendship.

Obviously, building a strong, lifelong friendship takes time — probably even years. My closest friends are unsurprisingly ones that I’ve known for a long time, and while we don’t live in the same place, there’s so much history there that when we email or Skype or get together, things just click back into place. That’s something that only years of brunches, hang outs, and vacations can do. And while I’m on my way to building many strong friendships here, I have been feeling a little defeated at the thought of how long it might take to create a community again in my daily life. I’m working on it, but at the same time, it’s frustrating, and you just want to wake up and have your crew and not go through the whole friendship “dating” process!

So I’m really curious: how do you make friends? Are most of your friends the same group of people you hung out with in high school or college? If you’ve moved to a new city where you didn’t know a ton of people, how did you create a community for yourself? I’m really interested to see how other people have handled this as adults, what you did to change it, and how you’re feeling now!