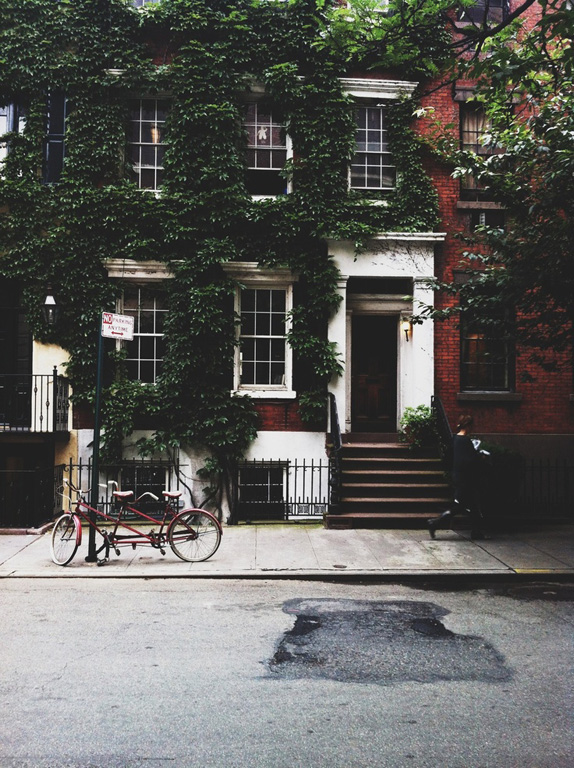 Help. I need your opinion on something. Something that’s been driving both Joe and I crazy, but I hadn’t really gone into specifics in the hopes that it would work itself out sooner rather than later. But alas, this may not be the case.

We still don’t have an apartment and don’t know where we’ll be living at the end of this month. Here’s what’s been happening: when we came to New York at the end of April, we looked at a lot of places. We applied to one place, but lost out to another couple who applied before us, so then we applied to a second place, which conveniently enough, was the place I really preferred. It’s basically my dream apartment — lovely, light, great layout for our lifestyle, and I know Lucy would love it too. We flew home from that trip thinking all was in order, and we’d get a lease signed, sealed and delivered the next week.

And then we never got any paperwork. As in, no lease agreement to sign, seal and deliver. After numerous calls, we were told the apartment’s management company was just waiting to hear from contractors, who are finishing some renovations on the space, to provide a project completion date so that a move-in (and lease start date) could be determined. Okay, fine.

But then we didn’t hear anything the week after that. By that point, we were panicking a little. Moving to New York but not knowing where you’re moving to? And husband starting a new job? And a dog? And client projects? Stressful. So we booked an extended stay at a hotel in NY (where we are right now), left Lucy with some trusted caretakers in SF, and hoped that the apartment situation would all be sorted out come June 1. Then (we hoped) we could move in, and fly back to get Lucy, so she’d come home to her new apartment, with all our furniture and things that smell like her and would feel familiar.

But sigh. Yesterday, we were told it’s likely our dream apartment won’t be ready until “sometime in July.” We’ve started looking at other apartments again, but nothing compares. I’d be so, so heartbroken to let this apartment get away, but the logistical side of me is wondering how the hell we can manage until then. We don’t want to leave Lucy in SF much longer than June 1; we also don’t really want to live in a hotel for another month and a half.  At the same time, we also know that after moving within SF just last summer and then moving across the country, we want to find a place and stay put for a while, so moving again next year is out of the question (i.e., we need to find a great place that we can grow with long term).

So I’m looking to you guys for some advice (and also, just to vent a little, because honestly, this whole thing is frustrating beyond belief and we’re not sure what to do). If you were in this situation, what would you do? Would you wait it out for the apartment you were super excited about? Or know when to fold, and settle for another space that’s doable, and move in immediately? Two sides of me — one, that can see the longterm vision of living in the dream apartment, and the second, which just wants to be settled after nearly two months of chaos and also worries about the budget — are totally at war with one another. Help!