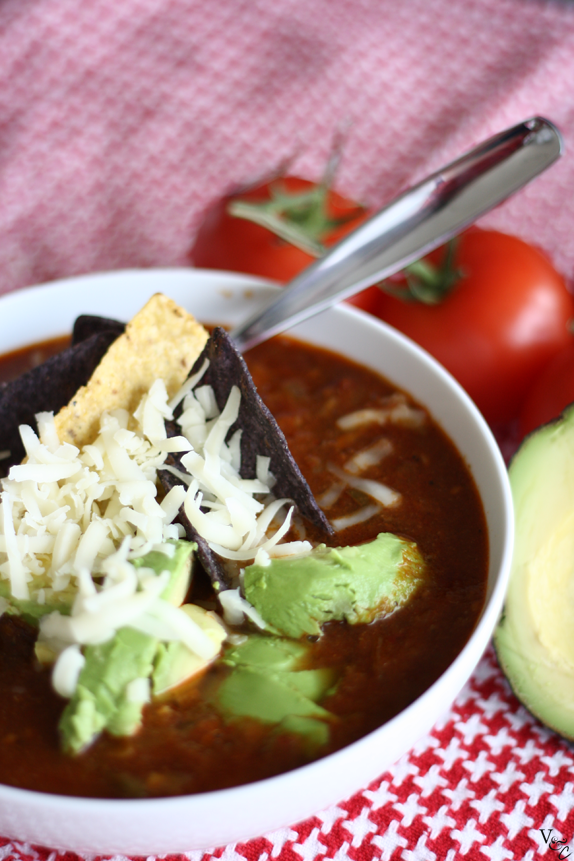 This recipe, as I mentioned before, is inspired by a chili recipe I saw on Barefoot Contessa. I’ll just come right out and say it — as a girl who grew up in Texas and has had her fair share of chili, this one was pretty darn good. I personally did not grow up eating chili with big chunks of beef in it (we were more of a ground beef recipe-type family), but I have to say, this might have me converted.

On the show, the gals used 5 pounds of brisket for the recipe. I opted to use a top sirloin roast, because I personally don’t really love the texture of brisket (sacrilege for a Texan to say, I know), and also, with just Joe and I, there was no need to buy five pounds of meat! And just a warning, if the title wasn’t enough: this chili is SPICY. I personally love spicy food, so it wasn’t a big deal, but if you’re sensitive to it, you’ll want to cut back on the cayenne and chili flakes pretty significantly.

The chili recipe is really easy to do, though it takes a little bit longer than what’s probably reasonable for a weeknight meal. However, you’ll have plenty of leftovers to take to work the next day. Nothing like a hot bowl of zesty chili to brighten a winter day, right? Here’s how to make it: 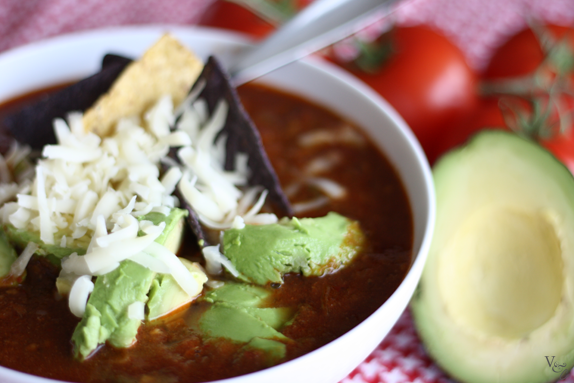 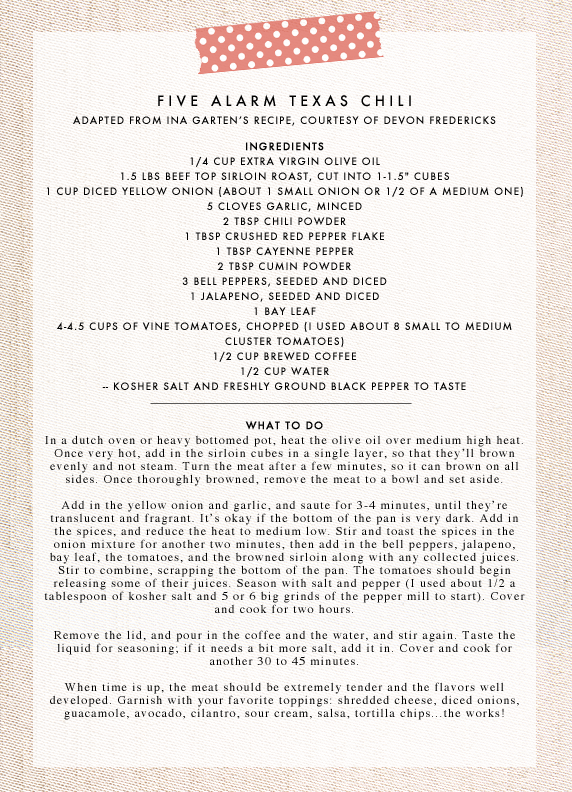