If you’ve met Joe and I, it’s no huge secret that Mexican is pretty much our favorite genre of food. It was omnipresent for me growing up in Texas, and since Joe grew up in the Midwest… well, let’s just say that once he discovered good Mexican food in California, he’s never been able to get enough of it.

When eating at home, we’ll usually stick to simple things like tacos and basic enchiladas, so last week when I saw Sara share a recipe for carnitas, I thought it might be the perfect thing to try on a lazy Saturday. Since we were staying home and doing absolutely nothing, there’d be no problem in letting the meat cook away in the oven for hours. This would be a GREAT recipe for entertaining — the meat can be braising while you hang out with your guests or do other things around the house. I topped our tacos with peppers and veggies pickled in escabeche, a must for a rich, fatty taco filling like carnitas. Ever been to a taco truck? Escabeche is that delicious, spicy, vinegary concoction of jalapenos, peppers, carrots, onions and sometimes cauliflower. So good. A little avocado and a few sprigs of cilantro, and we were ready to go.

Well, once the margaritas got made.

For the carnitas, I basically followed Sara’s recipe with a few changes. I used 1.5 beers (specifically, Victoria lagers leftover from our party) instead of one. I did not drain off the fat before putting everything in the oven, instead, choosing to let the meat cook in it and then draining it off at the end. Carnitas, after all, is basically pork confit. I also quadrupled the garlic and used Mexican oregano instead of regular. When the meat was done (I let it go for about 3 hours), I shredded it with two forks, and after draining the fat off of the cooking liquid, had so little left that I put all the meat back in and mixed it up with the softened garlic and juices. Do I really need to say more? It was ridiculously good.

For the escabeche, I followed this basic recipe, but of course had to make a few changes to that too. I used the same amount of apple cider vinegar recommended, and sauteed the veggies as instructed. However, since I was using a large aluminum pan (which can be reactive with that much acid), I made the sure the veggies were good and soft before adding the vinegar. I then quickly warmed the mixture up (but did not simmer it) before transferring to a glass bowl and allowing to sit for several hours. Also, I quartered the jalapenos instead of leaving them whole. And I did NOT attempt to can anything. 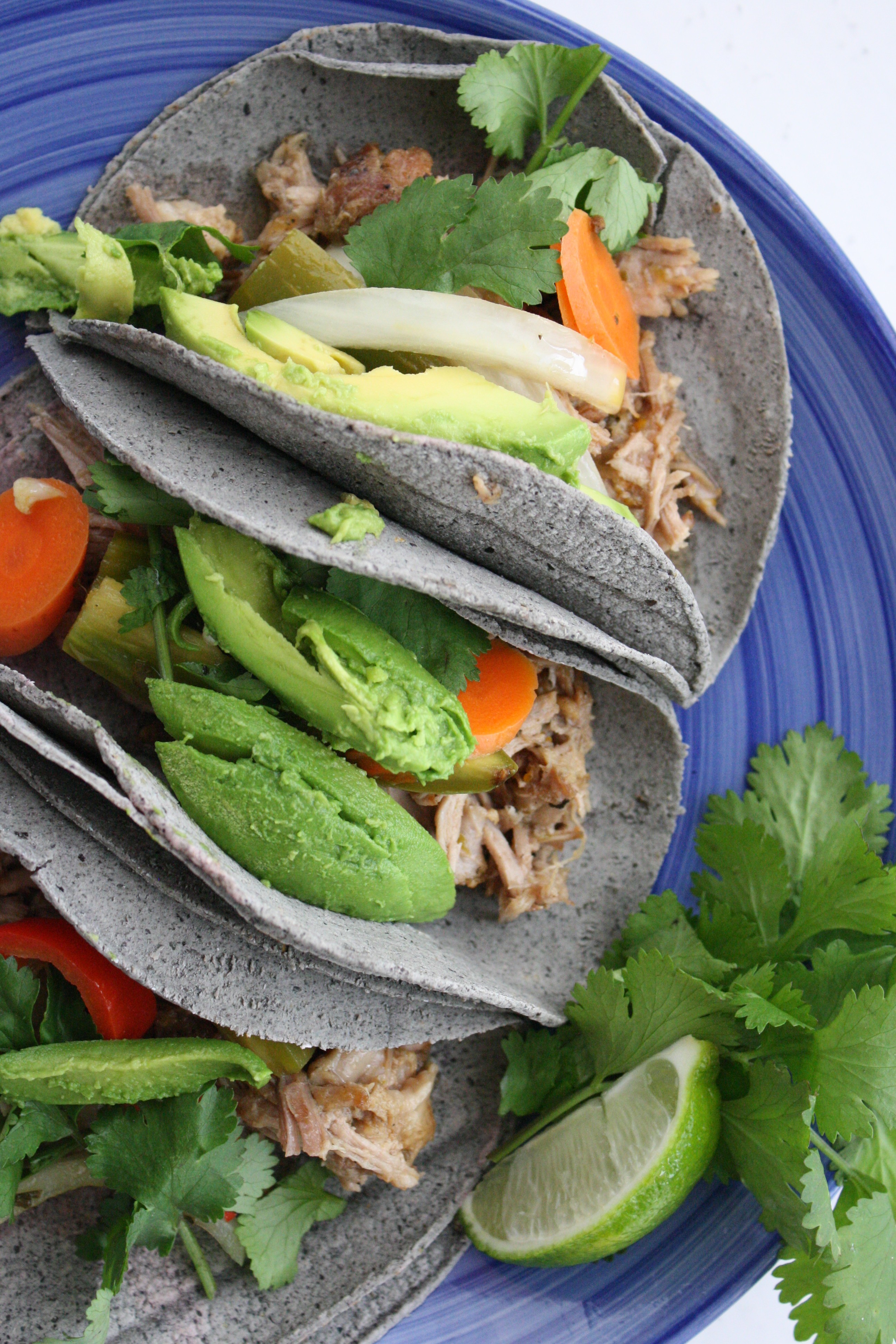 Really, this was so good and something I’d make again and again. Tons of leftovers too. Give it a try!

[PS — Don’t forget to enter the I Am print giveaway! There’s also lots of other places you can go to try your luck and win. Go here to see where!}