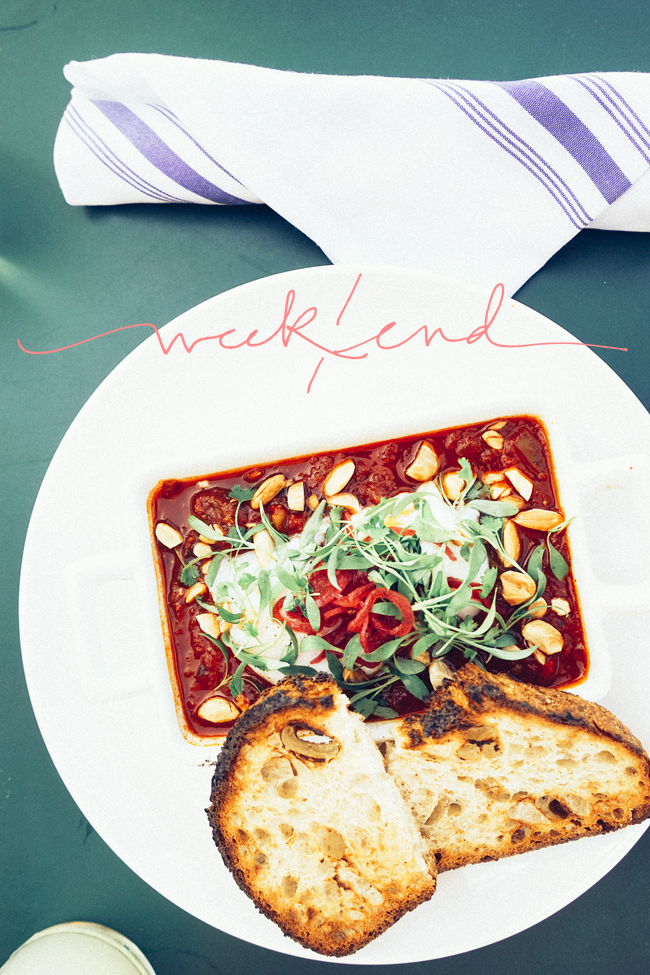 THIS IS MARRIAGE: Words can’t even express how much I adored every second of this essay about marriage. I laughed, I nodded, I can totally relate. I think you’ll like it too!

THERE’S A REASON THIS WENT OUT OF FASHION: One writer tried to train her waist with a corset, à la a certain reality TV family. File this one under things I WON’T be trying.

ALL IN THE FAMILY: So interesting to read about this project that’s aiming to be the world’s largest family reunion. Ok, backstory time. Before we ever moved to New York, I wanted to have my DNA tested with 23andme, because I’m adopted and don’t really know my full ethnic background, let alone any medical history. The company is now being regulated by the FDA so I can’t get that type of data, but I’m still toying with the idea of doing the test, because I’m fascinated/terrified by the idea of discovering blood relatives, some of which who might live close to me. Regardless, I think this project is really cool!

SHOULD-LESS DAYS: I love the idea of giving yourself a ‘should-less’ day! I should probably find time to schedule one…

ARE YOU MOVING THIS THING?!: I had a Ouija board when I was a kid and LOVED it. One December, it told me I was going to get a bike for Christmas, and then I didn’t, so after that I didn’t trust anything it said, but still enjoyed busting it out to freak out my friends. Apparently, they kind of do work, but just in a really meditation/sub-conscious type way.

ALL OF THE LIGHTS: I think even more than fashion, I like to browse and discover home goods. Gab’s roundup of beautiful bedside sconces had me swooning. Which one is your fave?

SOUNDS & THE CITY: Hallie wrote a fantastic essay about listening to New York — and how it might just be telling you unburden yourself from the noise.

TECHNOLOGY AND STUFF: I literally watched this Vine 5 different times after the World Series ended Wednesday night (yeah, Giants!) and laughed so hard I cried. Will only make sense if you watched the post-game MVP presentation. Anyone? In other news, I need someone to go as Chevy Guy for Halloween.

RENT THE RUNWAY DRESSES ARE GROSS: No surprise there. But have you ever thought about the army of folks who get these things clean as a whistle? Fast Company did a great piece discussing why these employees are among the highest paid. Did you know Rent the Runway is the nation’s biggest dry cleaner, per pound/hr?

IN PRAISE OF SPACING OUT:        …….Huh? Oh right. You should definitely check out this piece on why spacing out is the best thing to stimulate a creative mind.

Never has a phrase been more applicable: T.G.I.F. This week felt extra long for some reason — one of the few weeks in recent memory that didn’t zoom by and then all of a sudden it was October. Case in point: though this week dragged on, it’s November tomorrow. I’m going to let that sink in for a second.

The weekend took its sweet ass time getting here probably because it knows how excited I’ve been for it to arrive. I’m heading back upstate today to that same house we rented in August with a couple blog friends and their husbands. The Hudson River Valley was beautiful in the dead of summer, and I’m excited to see how it looks now that we’re deep into fall. Temperatures are going to be chilly — lows in the 30s! — and I’m personally excited to snuggle up in cozy sweaters, sip a glass of wine by the fire, and unwind from the city for a couple days.

A few last things to put on your radar before we all jam out of here for the weekend. One, The B Bar is wrapping up it’s month of ‘networking’ over on The Well, so be sure to stop by and check out all the content we’ve put together to provide networking tips and tricks. Two, I’ve been spending (way too much) time re-organizing my Pinterest boards, and earlier this week on Facebook, put out a call for new pinners to follow…so be sure to leave me your Pinterest link so I can follow you, over here. And finally, let’s just say you may want to check back in on Monday. A giveaway will be had. It involves smelling really good. Be there or be square. Or smelly.

Image by: Jay Mantri, used under CC0, with graphics added by Victoria McGinley