An ode to one of my favorite meals 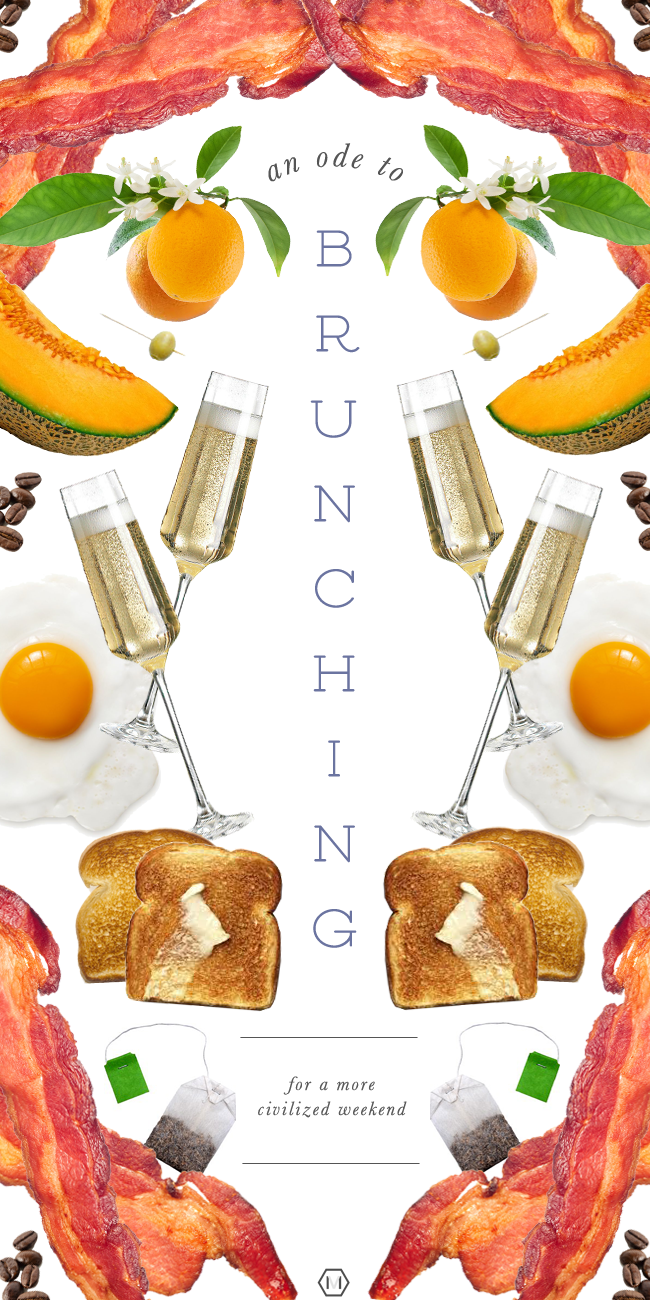 “Brunch is cheerful, sociable and inciting. It is talk-compelling. It puts you in a good temper, it makes you satisfied with yourself and your fellow beings, it sweeps away the worries and cobwebs of the week.”

A few weekends ago, Joe and I were watching back episodes of Good Eats on Netflix, when we happened upon an episode devoted to brunch. The episode opened with the origins of brunch — both the meal and the word. A portmanteau of breakfast and lunch, you know, I’m sure. But as to where the meal came from? Many believe it came from the tradition of late morning breakfasts following a big hunt in England — and, when civilly served on Sunday, around noon, allowed for Saturday night shenanigans.

The word brunch first appeared in print in an 1895 edition of Hunter’s Weekly, in which author Guy Beringer wrote an article entitled “Brunch: A Plea,” and proposed the idea of a Sunday noonday meal that would start with coffee and light spreads for toast before advancing on to heavier, savory dishes. He was on to something; though it took several years, brunch became popular in the U.S. in the 1930s.

I love brunch, and I always have. I’m not talking about the restaurants that serve tired old buffets of food that sit out for hours, with crappy bottomless mimosas that taste like Sunny-D and Cook’s. I’m talking about real brunch, a proper, sit-down, leisurely meal, and if I’m being extravagant, with at least three beverages (a hot tea to start, then a Champagne or Bloody Mary, and ending with an espresso). For me, it’s one of the real pleasures of the weekend. Recently, some writers have argued otherwise (especially in New York, where brunch is either revered or reviled), but whether served at home or enjoyed out with friends, you can count me firmly in the brunch-loving camp. It doesn’t have to be scene-y or expensive to be good — in fact, some of my favorite brunches I’ve made at home with Joe. So yes, consider this my ode to brunch.  I hope it inspires you to slow down, sip, and enjoy this weekend!

A little week/end reading on brunch:

The Birth of Brunch: Where Did This Meal Come From Anyway?
At Brunch, The More Bizarre, The Better
It’s Time to Shut Up About Brunch
Yep: Brunch Really Was Created to Cure Hangovers