A Tale of 2 Juices: Sweet and Savory Juice Recipes 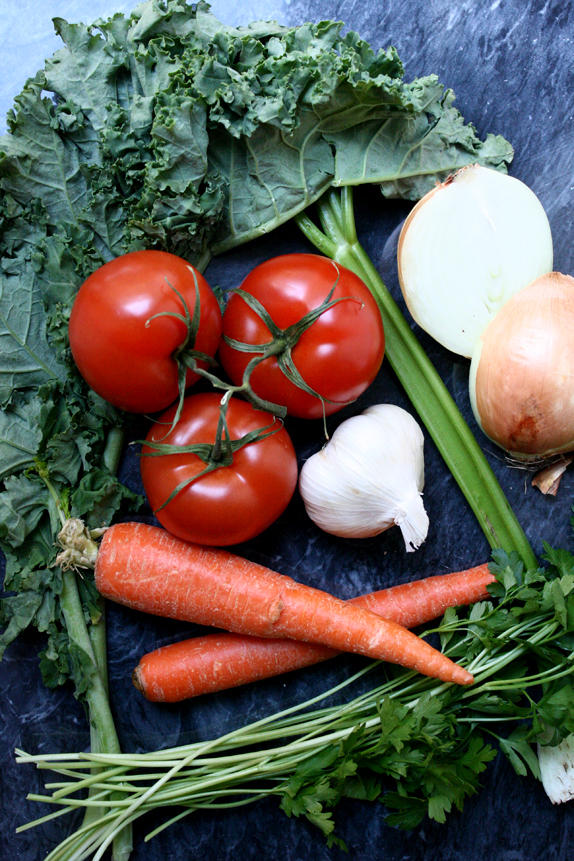 A tale of two juices obviously has to start with a story. I was first introduced to the concept of juicing around 2007, when a co-worker of mine would show up to work every morning with this funky green liquid in a mason jar.

“What ARE you drinking?” I finally asked her one day. She replied that it was a juice blend of kale, parsley, celery, and lemon. It sounded horrible. But I was intrigued — here was someone that, once she revealed her age to me, looked 20 years younger than anyone would ever guess. She told me she’d been drinking a green juice every morning for years, and that she had endless amounts of energy and never got sick. Her gorgeous skin told the story too!

The first time I ever tried a green juice was when I purchased one of those Naked or Odwalla juices from the grocery store. I thought they were okay, but extremely sweet. Later I would learn that those juices are a lot more processed to extend shelf life, and they don’t have as much greenery in there as they could. I worked for a specialty cookware store for a long time, and was able to buy a Vitamix, and while totally amazing for many things, I was never a fan of the fibrous texture of green smoothies. Juice was definitely the better route for me! In SF, I discovered Columbia Gorge Organic (which is fantastic — I used to mix their Just Greens juice with something a little sweeter to make it palatable!), and they were my go to juice until we moved to New York. Cue me partaking in a very expensive habit of visiting Organic Avenue once or twice a week. Their juices are fresh and amazing, but pricey, and I won’t lie — as the weather got colder, it was annoying to walk there whenever I wanted a healthy juice.

Long story short, I’m SO glad Joe surprised me with the juicer for Christmas. We’ve been juicing maniacs. Over the weekend we decided to do a mini juice cleanse this week. By mini, I mean we agreed that we’d replace breakfast and dinner with juice for a few days, while eating whatever for lunch. Even making those little changes, I feel great! I know juicing is super popular right now, and I’ve heard from a lot of people that they have juicers but have no idea what to put in them (note: virtually anything), so I thought I’d share a couple recipes here today — one savory, and one sweet. Here’s what you do: 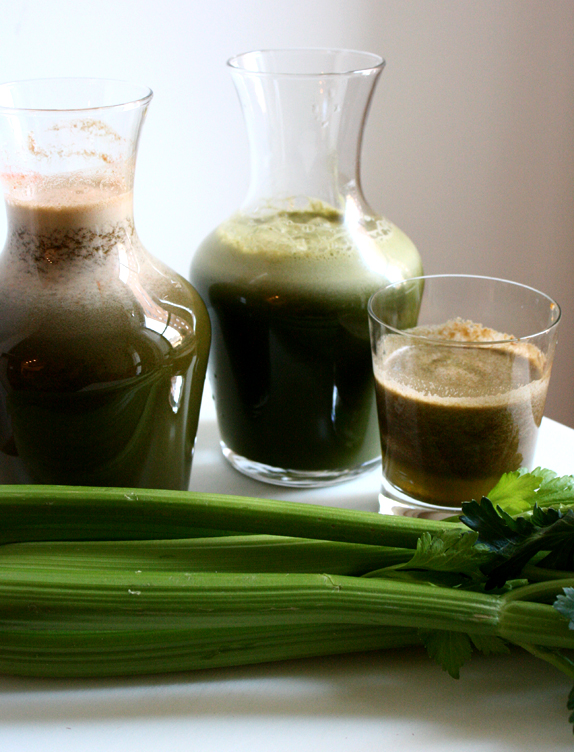 First, I should really note that juicers are the best kitchen disposals ever. Have a week old bunch of kale that you don’t think you’ll use? Throw it in the juicer. A few old bananas or apples that aren’t looking so hot? Juice it. We’ve managed to clean out our produce drawers with ease! The recipes below are really just guidelines. For example, if you have a few heads of romaine lettuce, you can use those in place of other greens. Ditto for fruit — replace apples with pear or mango; add in berries, grapefruit, tangerines…whatever you have and think sounds good.

Also, I really recommend that you purchase all fresh (not frozen) organic products if you can. Juice is readily absorbed into the blood stream since you don’t have to digest any fibers, so if you’re drinking in pesticides and other chemicals, it’s like mainlining them right into your blood. Blech.

Finally, yes, when you mix colors like red, orange and green together, sometimes the juices look a little scary (the above pic is totally evidence!). Don’t think about it, just drink it. Pretend it’s a secret beauty potion. Which it kind of is — for beauty both internal and external!

Makes 70 ounces (about a quart and a half) of juice

Juice everything together. My notes on this one are that if you hate the taste of raw celery like me, I’d reduce the celery by half (I used 4 stalks and thought the flavor was a bit aggressive). This juice is VERY savory — you may find you need a stick of gum after. That being said, I drank this and thought it would make a good Bloody Mary mix. Which is the opposite of juicing. But I’m just saying. :) This juice mixture would also be fantastic as a braising liquid for chicken. But of course, drinking it fresh, cold and raw is the way to really get the most nutrients from it.

Makes a little over a quart of juice

Honestly, the orange and apple in this make the juice so delightfully sweet, you would never know there are greens in it. Replace the apples with pears and the orange with a large mango to mix things up! You could also substitute any of the fruit with pineapple, and add in fresh berries if you want to vary the flavor a bit.

TO STORE THE JUICE:

I keep ours in various glass pitchers and carafes we have. At the very least, cover the top of the container with plastic wrap, but if you have a sec, I also like to apply plastic wrap directly to the surface of the juice to help slow oxidation (in the culinary world, this is called contact wrap, and also works for things like pudding so that the top won’t form a skin). The juice will last 1-2 days in the fridge no problem. If you’re juicing with your significant other or a friend, you should easily be able to go through one batch each of savory and sweet juice in 2 days.

Have you ever tried juicing, or do you drink juice regularly? Or do you prefer smoothies? Have you noticed health benefits from drinking either?