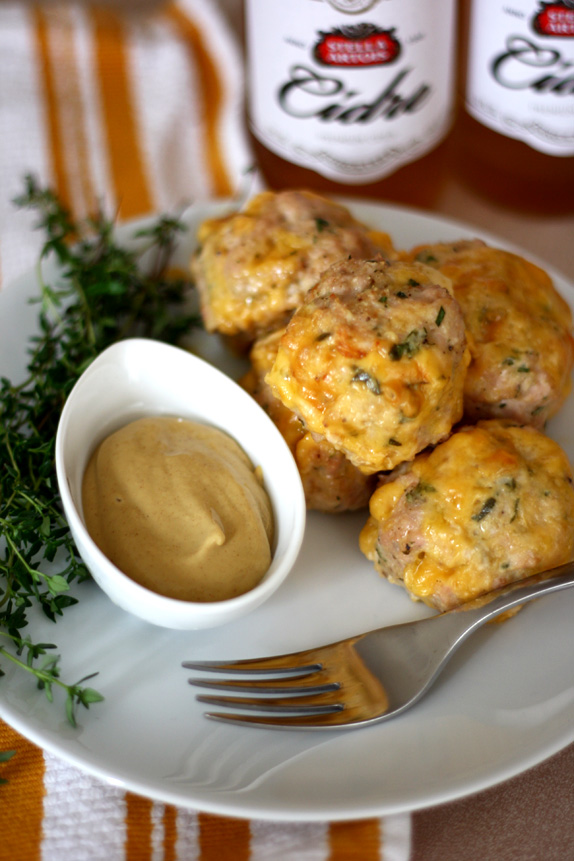 Oh yes, I went there. I just started this post with lyrics to “Tubthumping.”  But it’s honestly all I could think of as I bought a pack of Stella Artois’ new hard apple Cidre. You see, when I was growing up the 90s and heard “Tubthumping,” I never understood why cider was mixed in with those other drinks, not realizing that such a thing as hard cider even existed! It wasn’t until much, much later in life — like, I think right after college, when I wanted to expand my horizons beyond beer and cheap wine — that I ever tasted my first hard cider. And can I tell you something? I really didn’t love it.

So when Stella Artois asked me if I’d be willing to try their new Cidre, I wasn’t sure what to expect. But I can unequivocally say that they’ve changed my mind about hard ciders. Drinking Stella’s Cidre is like drinking apple juice. Wonderful, refreshing, adult apple juice. That you have to be careful with. Lest you drink three and not realize what you’ve done.

Stella’s hard Cidre is really crisp and zippy, and tastes very apple-y — the flavor reminded me of a cold apple cider, and enjoying a few last weekend made me strangely excited for fall and football and tailgating. So much so that I was inspired to put together a little snack that’d be perfect as a party appetizer, but could easily double as a dish at a game day party or tailgate. A classic pairing with apple is cheddar and mustard, so I thought I’d try making some meatballs with herbs from our garden and sharp cheddar cheese mixed in. A little mustard on the side, and hello delicious Cidre snack. To lighten things up, instead of using beef or pork, I used white ground turkey meat. I guarantee you can totally pull these off — here’s what you do: 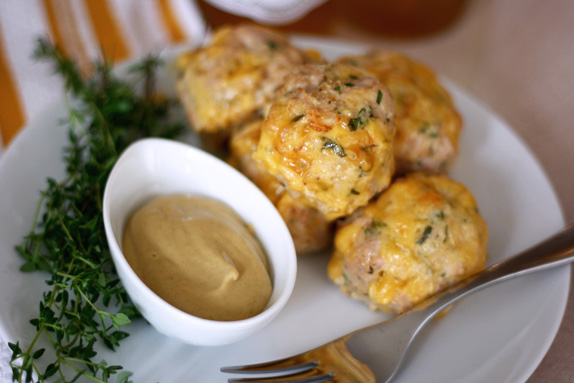 Grab a baking sheet and line with aluminum foil (this will make for easy clean up!). With your hands, begin shaping meatballs by rolling the meat mixture together into a ball shape. You want the meatballs to be about one and a half times the size of a golf ball, but if you want them bigger or smaller for your party, go for it! There’s no right or wrong here — you mostly just want to ensure the meatballs are all the same size. Place the balls on the lined baking sheet. If you’re making ones that are a little bigger than a golf ball, you should have about 12 total.

If you’re using the cheddar, top each ball with a piece of cheddar. This will create a ridiculously good cheesy crust over the meatballs! If you’re planning on bringing these to a tailgate, bake without the cheese, then add it on once you’re at your destination and finish cooking there (you could set them on a tray over a grill, or in a small portable oven).

Bake in the oven for 30-35 minutes, until the cheese is golden brown and melted. Serve with a side of dijon mustard — and, if you want to send things really over the top, some warm applesauce as well. Hello, fall!

I served mine as a game day snack over the weekend, alongside Stella’s Cidre, and both Joe and I were in heaven!

The Full Disclosure: For writing this post, compensation was provided by Stella Artois via Glam Media. The opinions expressed herein are those of the author and are not indicative of the opinions or positions of Stella Artois. Images taken by Victoria McGinley for vmac+cheese.