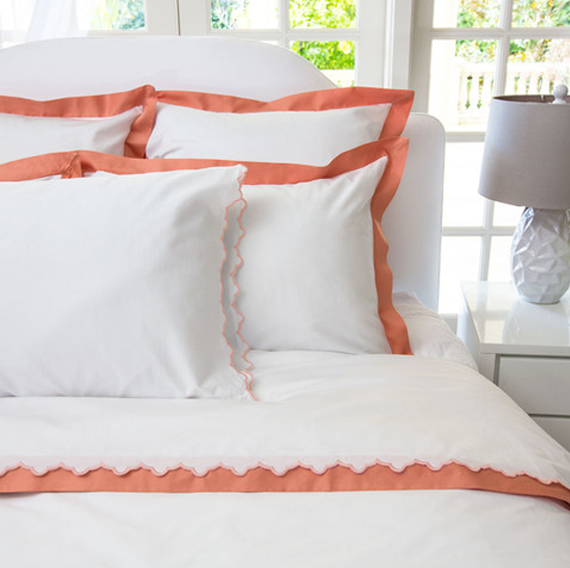 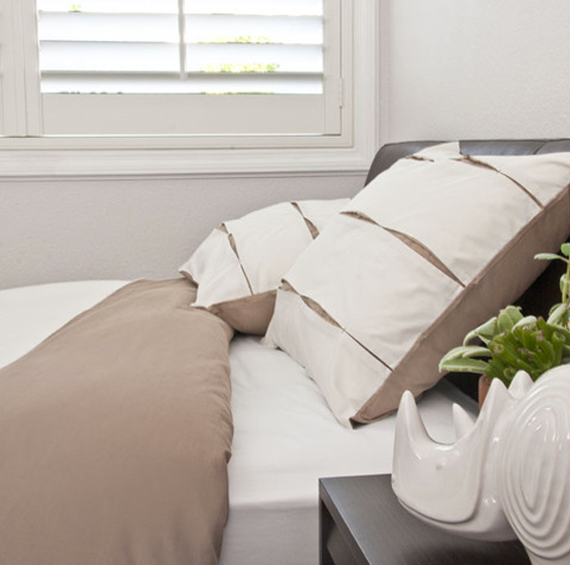 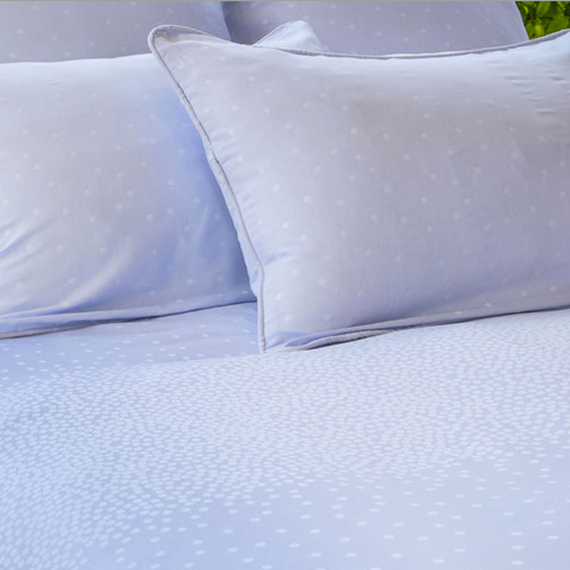 When we first moved in, our bedroom was one of the first rooms we felt like we immediately had to get in order furnishings wise. For me (and I suspect for Joe too), there’s just something about a disheveled bedroom — we can’t relax or sleep in it. Within the two weeks of living here, we ordered a new rug, curtains, nightstands and dressers (like I said — we got rid of basically everythingggg when we moved from SF). And while we were at it, we figured it might be time to retire our old white jacquard duvet. While it still did the job, it was a little plain, and I’d always wanted to have a white duvet with some other kind of detail on it, like fun piping or borders.

Enter Crane & Canopy, a company that recently celebrated their first anniversary, and one that I’d become familiar with when we were still in SF (since they’re also based in the Bay Area!), but never had had cause to order from. This, however, was the perfect opportunity! I jumped at the chance to order Linden Coral Border duvet, along with some matching shams. I mixed and matched it with some other Euro shams and pillows we already had on hand, to end up with the final result (posted on Instagram basically the minute I got the duvet and was able to wash it!). I really love how warm and inviting the coral color makes the bedroom — it’s cheerful, but still calming, and plays really well with some of the other warm wood tones and neutrals we have going on. Me likey!

For the prices, C&C has some amazing finds — lots of options similar to other designer bedding you’ll find at luxury department stores, but for far, far less. And, everything is 300-400 thread count (I’m usually really picky about stuff like that, but our duvet is soft and silky). If you’re in the market for some new shams, a duvet, or even sheets, here’s what I would pick:

{Image Credits: Crane & Canopy. Note that this post was sponsored by Crane & Canopy, a company I truly love (and love sleeping with…yes, I said it!)}