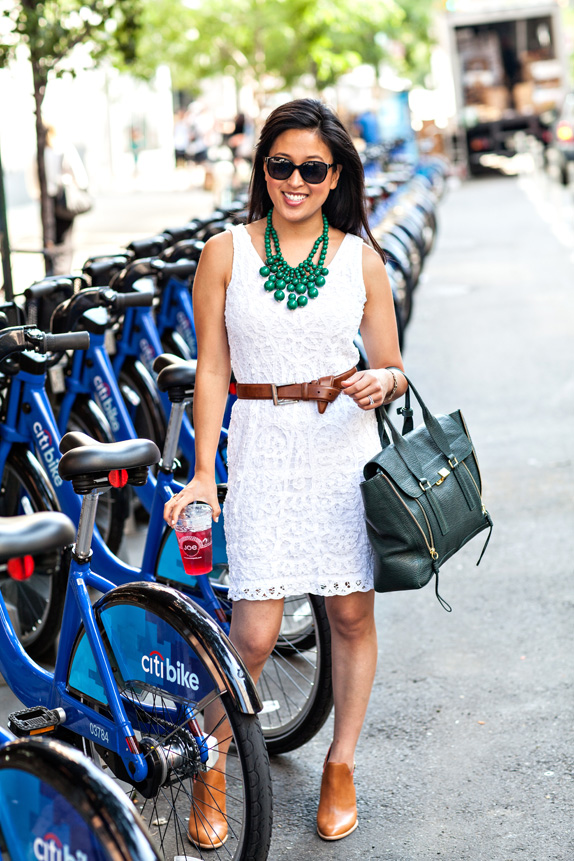 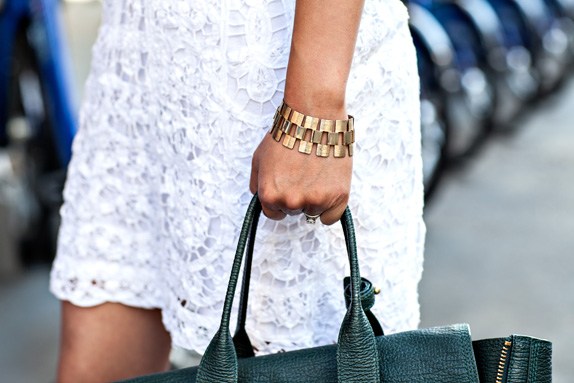 I know what you’re thinking. There is no way she could ride a Citi bike in that dress. But au contraire! For while I have not yet taken advantage of New York City’s latest and greatest public transportation method (I refuse to take on any other New York things until we’re moved into that effing apartment), I would bet at least ten dollars that I could ride a Citi bike in this dress. Because I used to ride a beach-style cruiser very similar to the Citi bikes during college, while wearing dresses and skirts — yes, even those awful flouncy ones that were so popular in the early aughts — without ever revealing anything (well, at least not to my knowledge).  Get more after the jump!

I bought this dress last summer when I saw it on sale at Banana Republic and was desperately seeking rehearsal dinner dress options. As it happened, I decided white lace two nights in a row was boring, so I wore something else completely, but it worked out — this dress became my go to on our subsequent Mexican getaway, and has been a staple when I want something easy and comfortable, but can be dressed up or down. I mentioned previously how we have been living from reduced wardrobes that we’d packed for an anticipated two weeks back in mid-May, and part of that reduced wardrobe includes absolutely zero belts for me (I considered packing one or two when we were closing up shop at our SF apartment, and then thought to myself, “No, I’ll be good and pack lighter and do without a belt. It’s only two weeks!” Let this be a lesson that the voice in your head that tells you to overpack is always 100% right). So I stole this belt from Joe, who thought I was crazy, and made it work. It’s uptown polish meets downtown and slightly southern cowgirl accessorizing. With maybe a hint of hippie thrown in, due to the hibiscus tea. Yep, that about sums me up. 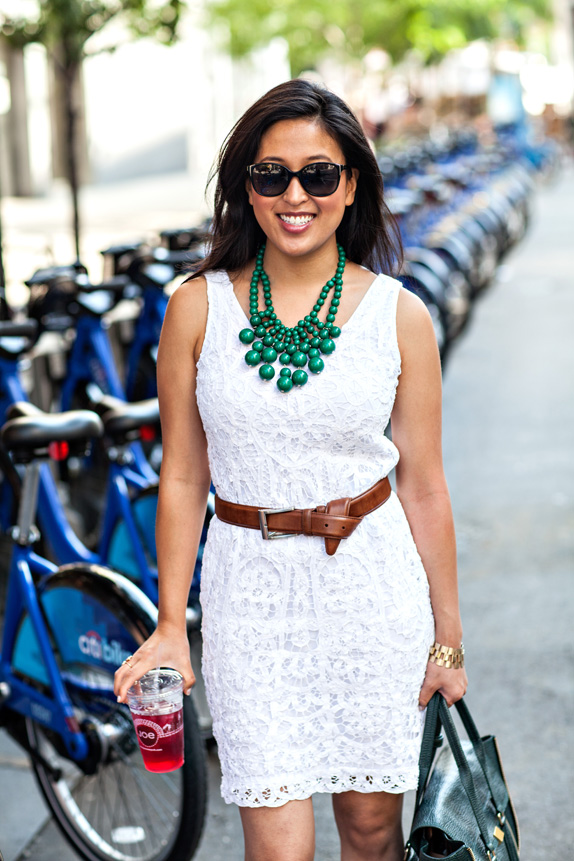 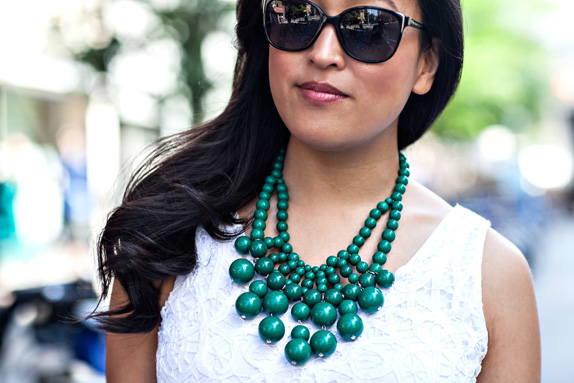 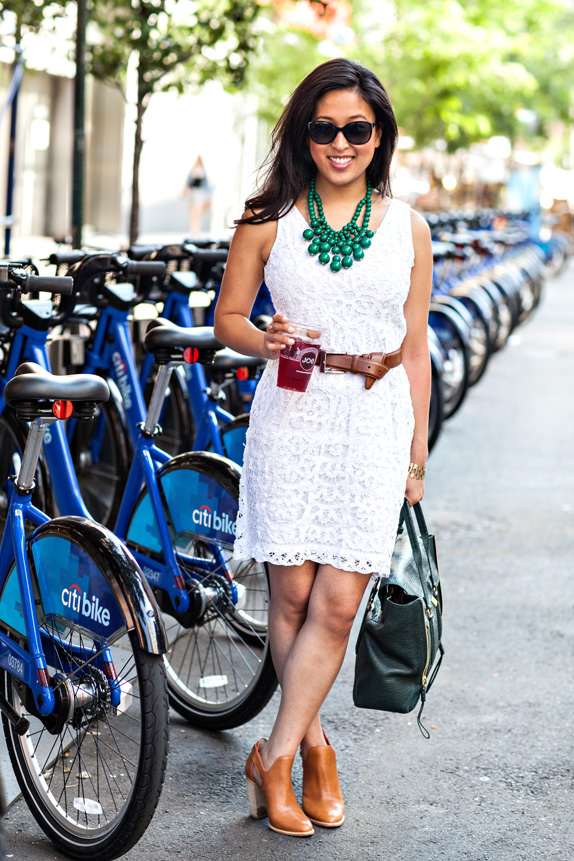