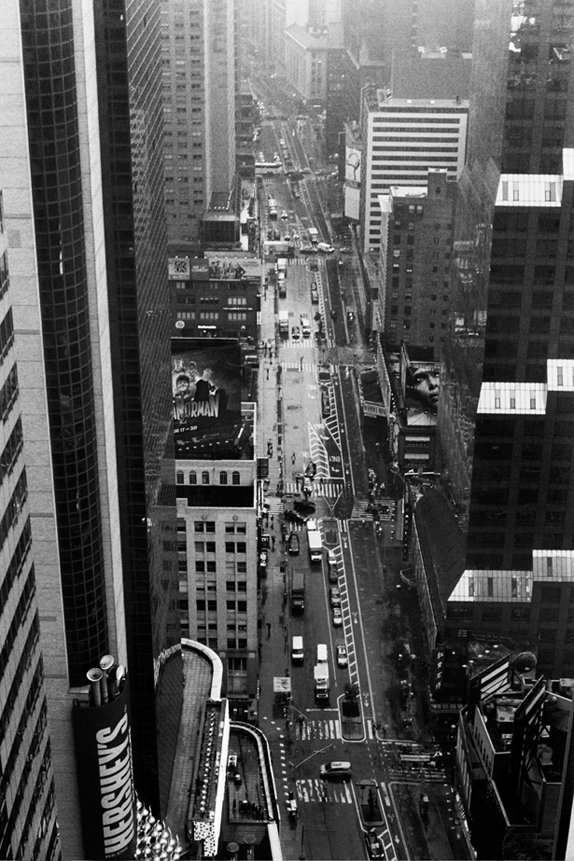 I’m what you might call a city girl. Can I handle camping and other countryside adventures? Sure! Do I much prefer the modern conveniences and culture of large cities? Definitely. Having grown up in Austin and lived in Los Angeles and San Francisco, I like to think that I can handle big cities. But let’s face it, New York City is kind of a whole ‘nother animal — and one that, after our week there last week, I’m super excited to tackle.

However, there are a few things I definitely noticed after spending some time there, and in order to tell you guys a bit more about our crazed apartment search, I thought I’d share these experiences through a list of observations. I’m wondering if current New Yorkers will identify with any of these, too! 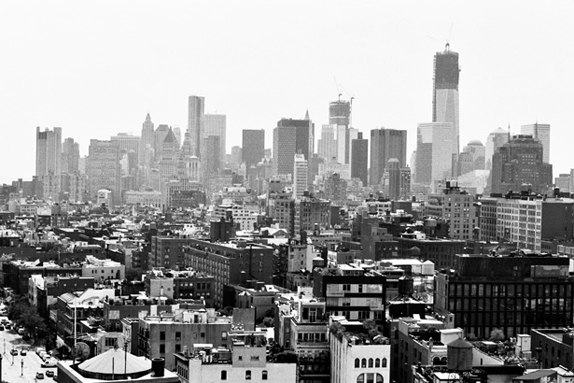 1. A listed rent price is like a grade in school. Just a jumping off point to start negotiations.

I’ve never seen this in any other city, but apparently, listed rent prices are completely negotiable. Every single place we saw, we were told by either the broker or the owner that the price was $x, but that ” we could talk about it.” Obviously, this got us to consider some places that were a little over budget, and now that I sit here thinking about it, this pricing thing is probably a perfect marketing tactic to rent places out quickly. You feel like you’re getting a deal! (PS – bonus points if you know where the phrase “grades are just a jumping off point to start negotiations” comes from.)

2. Being nice gets you somewhere.

I was raised in Texas, where people are extremely friendly and polite in public. It’s second nature to me to thank people profusely, wish people a good day or a good evening, all that jazz. Twice on our trip, Joe and I were running extremely late to dinner reservations, and each time, I called the restaurant to apologize, let them know, and see if they could shift the time. In both cases, they held our table — once, for 45 minutes at a very busy restaurant, where plenty of walk-ins were waiting. I think both hosts were really appreciative we took the time to call, apologize, and try to make their jobs a little easier. Ditto for cabbies. Just saying thank you and being pleasant often led to the meter being turned off a few blocks before our destination. 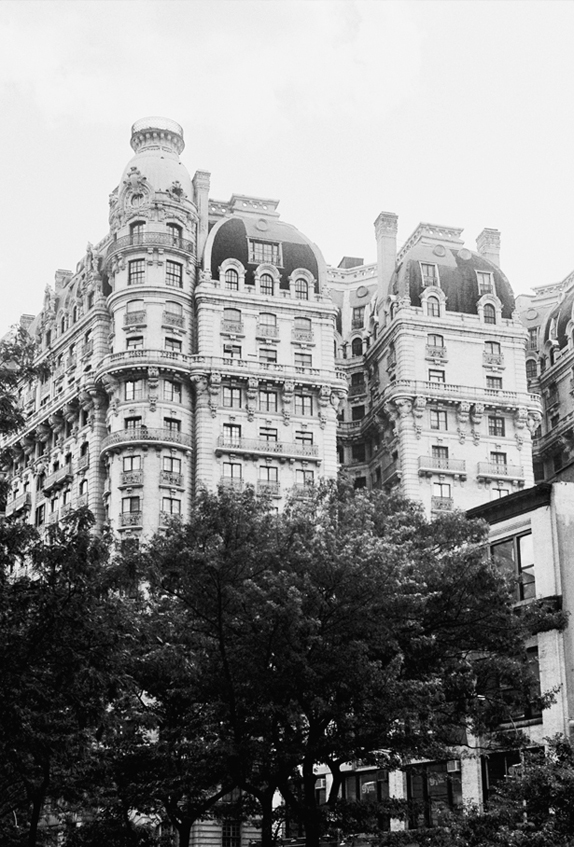 Those cars that pull up and offer you a ride when you can’t get a cab? Complete rip offs. And the single one we took when we were desperate and in a hurry tried to pretend like he didn’t have any change, so we’d have to pay more than the agreed upon rate. Not cool guy, not cool. I’d say wait it out for a taxi, or, if you’re really desperate, get an Uber (though here’s another thing I learned: Uber is way more expensive in NY than in SF!).

4. Fact: for the price of monthly mortgage payment on a palace in virtually any other American city, you get an outdated dump in Manhattan.

I mean, I feel like most people know this. But it just had to be said.

5. More people smoke in New York than they do in LA or SF.

Or maybe it’s just that you’re out on the sidewalks more, with lots of people, so you totally notice it. I won’t lie — I’ll probably have to wash my hair more there. I hated coming home and smelling like cigarettes every day. Blech.

Okay, I get it. It’s pretty amazing to take a stroll through the park. I loved seeing everyone picnicking and just enjoying the peaceful respite. And I’m really excited for fall, when all those leaves change color. I’ve never really lived anywhere that had a true autumn!

7. The wine is almost all European.

Which is cool, I adore French and Italian wine. But I just thought this was very interesting. Here in California (and in SF no less), for very obvious reasons, wine lists are often dominated by California producers. In New York, domestic wine selections were far, far more limited than European ones. I’ll need to find a wine shop specializing in California — it’s inevitable we’ll miss some of the smaller producers that you can so easily find around here! 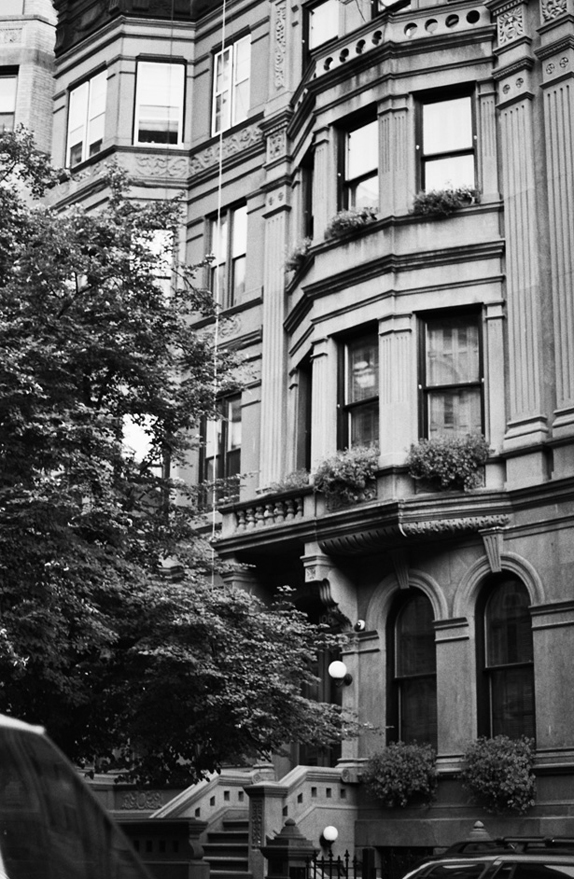 8. The West Village = where I must live some day.

We looked at this SICK apartment on Grove St. in the West Village. The apartment had the best location ever — quiet, tree-lined street, right in between two cross streets that had fantastic shopping and restaurants. But, the unit was a fourth floor walk up with only one extraordinarily tiny bathroom (read: not happening with a dog, and not happening with the amount of bathroom crap I have), but OH MY GOD the location. We seriously considered it for a second just because of that.

A friend of ours said this to us when we told him about the apartment we had applied for, and after mentioning the things we loved about it, we mentioned some of the things we didn’t (like minimal closet space). “But we’ll make it work,” we told him. And then he said those eight little words that are so true about everything in NY. “New York is all about making it work.” True of apartments, rent, getting around, storing your crap…everything. It’s an adapt and overcome city, but I kinda love that about it! 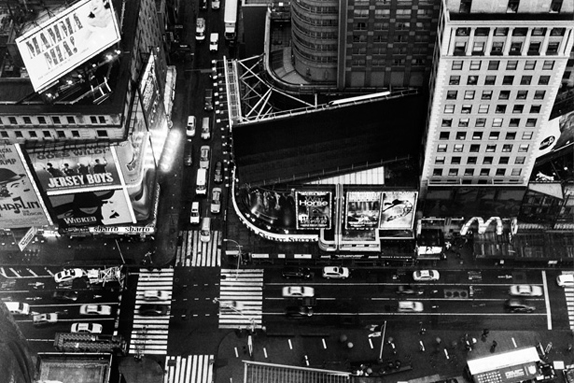 I won’t lie. I’ve been a little down lately, thinking about how much I will miss living in San Francisco, and California in general. This will sound super cheesy, but I really feel like California is where I found myself, so it’s been sad thinking about closing such a huge chapter of my life and starting a new one on the other side of the continent. The thing to snap me out of it? A week in New York. You can’t help but fall in love with it. The amazing abundance of restaurants, shopping and culture doesn’t hurt either (we will NEVER struggle to find great take out options again — yes, this has actually been an issue in SF!). I’m very excited to move there now. In fact, when I woke up in my own bed on Sunday, I found myself wishing we were in New York already!

Okay, (future) fellow New Yorkers, or anyone that’s spent some time there. What are things you’ve learned about New York City that I’ve yet to discover?