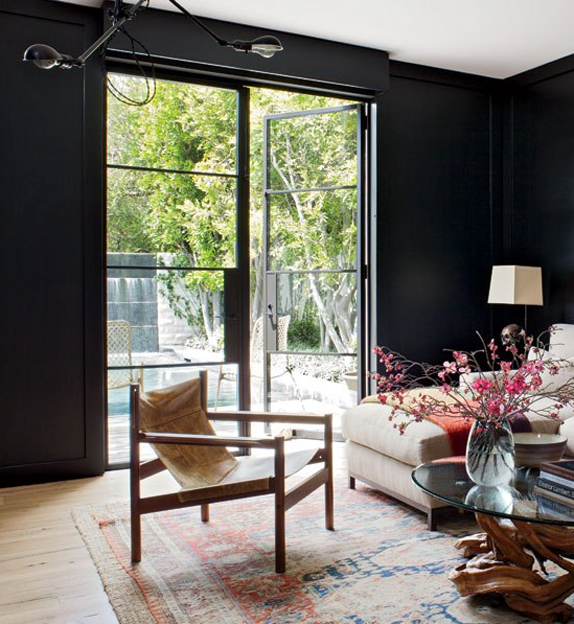 + found it highly amusing that both Lucy and I were not feeling so great. Like mama, like daughter, seriously. Joe calls us both his ‘delicate little flowers.’

+ signed up for The Skimm, which Meg mentioned to me after discovering it in this month’s Vanity Fair (she got to this month’s issue before I did!). It’s a daily email service that sends you the what-you-need-to-know synopsis of what’s going on in the world — from the major headline stories, to the more obscure “did you know” minutia that makes great dinner party fodder. Check it out!

+ had a minor panic attack when Wendy’s released a teaser for the video that features us four bloggers who traveled to their headquarters last week. Nothing like seeing yourself on camera, amiright? More on this next week…

+ was stoked for my girl Rebecca, who released her first line of textiles and artwork (you may have seen her around these parts before, here and here). Be sure to check out her shop!

+ cannot BELIEVE next week is April. Christmas is just around the corner, and I’m not kidding.

So magazines! You guys had so many good recommendations, including glossies I was totally not familiar with and can’t WAIT to check out. If you’re going away on vacation soon (spring break, anyone?) here are some great recommendations to pick up: 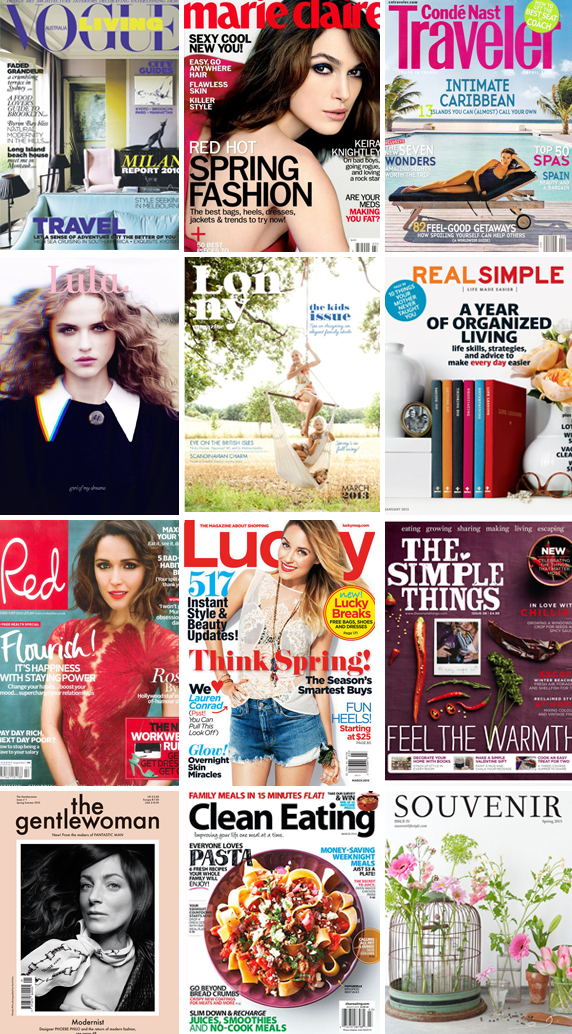 “I just picked up my first issue of Vogue Living (Australia) and Iâ€™m pretty stoked about that!” â€” Erica

“I love Marie Claire. Itâ€™s a good mix of fashion, just a touch of fluffiness, & features on all sorts of women. I think thatâ€™s where theyâ€™re different because they always have a career feature/interview, have a true life story that is always fascinating, & a whole section on womenâ€™s issues around the world.” â€” Kellie

“Conde Nast Traveler (because it inspires me to travelâ€¦everywhere!)” â€” Becca

“Iâ€™ve been smitten with Lonny mag these days. It has such a simple and beautiful layout.” â€” Jillian

“Being a Brit living in Texas, I get my fav British mag sent on an international subscription. Itâ€™s called Red magazine, my absolute treat! Itâ€™s very beautifully set out.” â€” Charlotte

“One of my favorite magazines is The Simple Things. Itâ€™s features articles relevant to seasons, amazing pictures, and itâ€™s really a window into awesome people I would never have known about!” â€” Chloe Moon

“I have been loving Harperâ€™s Bazaar lately too. Such good fashion editorials. The Gentlewoman is also stellar! I am pretty much addicted to magazines. Canâ€™t get enough glossies.” â€” Chelsea

“I discovered Souvenir around Christmas and amongst other mags I had stocked up on for a nine hour flight home from ANC, it was the one I looked at most, hands down. It has beautiful ideas, detailed shots, and nothing feels contrived. I bit expensive-feeling at first, but I got over it.” â€” Dana

I’ve been listening to the new Justin Timberlake album on Spotify, and am really loving several of the tracks. I have a habit of listening to songs over and over and over again until every aspect of them is deeply ingrained in my head, and then I love them for years â€” and I could see that happening with one or two of the songs on there (does anyone else do this? Sidenote: as a senior in high school, I made myself a mix CD and popped it into my car in September. I remember giving someone a ride like three months later, who’d been in my car in the late summer, and that person was like, “Um, has this CD been playing in your car for three months?” Guilty as charged).

It made me think about other songs I never get sick of, or, in other words, favorite songs of all time. Such a hard question when there are so many songs for so many occasions (the sad times, the going-out-on-the-town times, the need to get down to business times), but I thought it a good question to ask, just because of what a favorite song can say about a person, time, and place. So, what’s your all time favorite song?