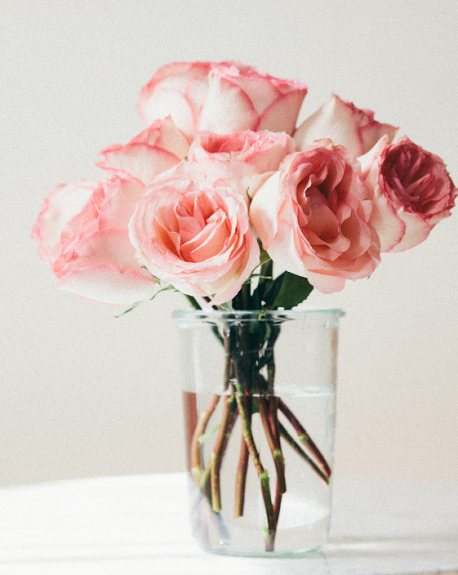 + finally, finally, finally launched the new Vivaleur site. I’ve been itching to change some things around to better explain exactly what I do and how I work with clients, and I think this new layout I designed fits the bill. Special thanks to Lisa, aka web development goddess, for helping me get everything installed!

+ went a little nuts on Monday while we were out and about for President’s Day and bought  a bunch of things at Banana Republic. Favorite purchase? These super fun printed pants. I have a feeling they’ll be go-tos this spring and summer! I also couldn’t resist snatching up these pants when I got an extra 30% off of them. I just fell in love with the color and print!

+ actually had the nerve to share a photo of myself taken circa 2004. I shared some things about my life – ‘then and now’ – over on Kenzie’s blog. Such a fun series idea!  Here is the full shot I sent her…hilarious. If you want the backstory on that photo, it was taken after spring finals, when a bunch of us went out and had way too many margaritas. All my jeans were super flares.

+ basically lived in my Lover sweatshirt from Manifesto Ts. Meg was sweet enough to send me one gratis, but after feeling the inside of this baby, I can tell you they’re well worth the cost. Softest sweatshirt ever!

+ went out for Mexican food. Twice. At the same place. It was just one of those weeks.

Maybe it wouldn’t feel like one of those weeks if I was a diehard coffee drinker. Here’s what you guys said about the java: 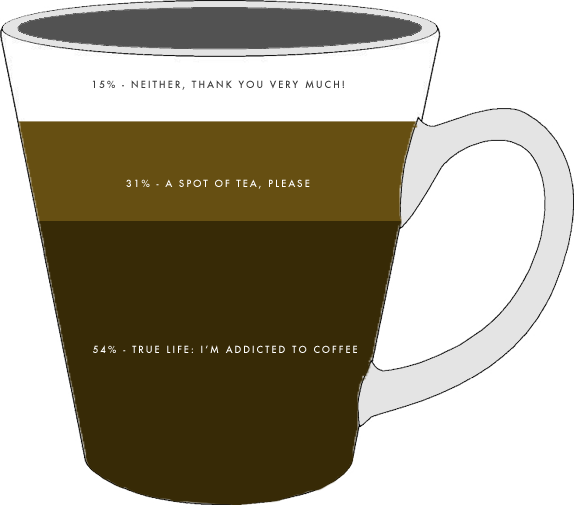 From Elle:
“I used to go through phases where I would drink coffee every day and then quit for awhile. When I looked at my budget at the end of the year, I decided to trade a $5/day starbucks habit for extra travel savings this year. Instead of spending $30/week on coffee, I have a weekly auto-transfer set up to our savings account â€“ itâ€™s great because I never miss the money since I would have spent it anyway! And with extra savings each month, my husband and I will be able to splurge a bit more on vacations.”

From Lisa:
“I like coffee, but I only drink it occasionally as a treat (because I only really like the super sweet lattes and frappuccinos haha). My caffeinated downfall is Dr Pepper â€” terrible, I know. I quit it (and all forms of soda + caffeine) for more than a year, but it became habit again when I was building my business while working a full-time job, and I havenâ€™t been able to quit again yet. Working on it though!”

From Erin:
“I am not a coffee person. I like to start each morning with an iced cold glass of water (refreshing and jolts me awake!) and usually have some green iced tea on my drive to work.”

From Julie:
“Coffee, i.e. the elixir of life, is a daily AM ritual for me. The smell, the warm cup in your hands, the tasteâ€¦sigh. I definitely donâ€™t view coffee as a vice or a problem. I drink it black â€“ occasionally I add steamed milk.”

From Victoria:
“Tea girl for life! I started drinking tea in high school and have had a cup nearly every morning since. I think it has a lot to do with my English-born parents who drink two or three cups every morning. There is nothing like a freshly brewed cup of English Breakfast with a dash of milk.”

This week I actually got the question from my friend Maryann, who is applying for dietetics internships as part of her road map to becoming an RD! Through the process — either from an interview question or an essay prompt on an application, I can’t remember which one — she mentioned that she’d been asked to name three people in her life that had most influenced or inspired her. She thought it would be a great Question of the Week, and I have to say I agree! Think big here — it doesn’t have to be someone famous, or your mother, or any of the obvious answers (though totally cool if that’s true!). Who are three people who have influenced and inspired you, and why? Short list responses welcome too!