Behind the Scenes with French Revolution 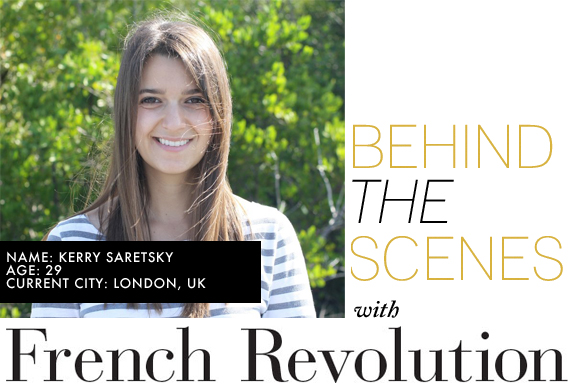 Today’s BTS girl is extra special, because in a way, I feel like she’s been part of my blog world since the beginning. You’ve probably seen me reference the fact that vmac+cheese used to be a food blog; well, around the time I started writing, I discovered Kerry, the fabulous blogger behind French Revolution, who was a new food blogger as well. In fact, it’s probably safe to say that Kerry’s blog has been in Google Reader longer than anyone else. Her blog is just amazing. I’m kind of embarrassed I haven’t featured her here already! Her recipes will delight you, her how-to videos will charm you, and no matter what, you will leave her site feeling HUNGRY. Since following her blog from its inception, I’ve loved watching Kerry’s passion for food lead her to gigs with The Huffington Post, Serious Eats, and Daily Candy, among others, and I can guarantee you that a book deal and/or TV show is not far behind (just think, you can say you knew her when…)! Read on to learn more, and bookmark her blog, asap. If you like to eat, you will LOVE. 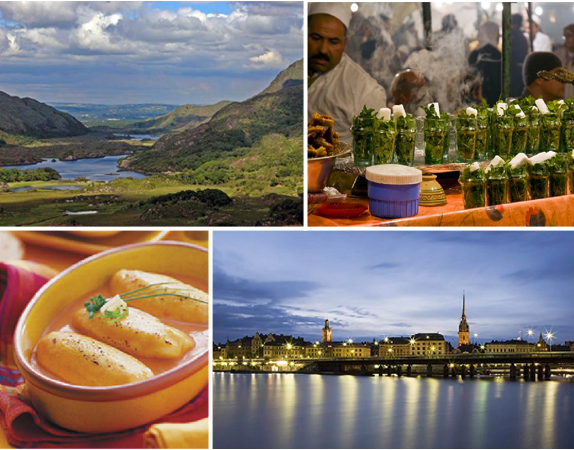 1. Marrakech: Morocco is where my grandmother is from, and I just have to see it.
2. Lyon: The reputed hub of French foodâ€”can it get any better?
3. Stockholm: Gravlax and snow. Count me in.
4. Kerry, Ireland: My namesake.
5. Antibes and Juan Les Pins: again 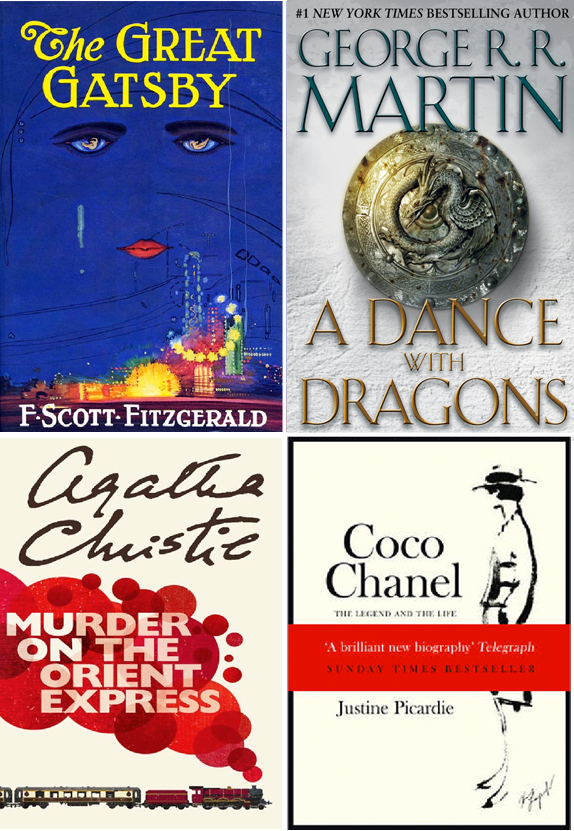 I work in publishing, but Iâ€™ll try not to be biased:
1. The Great Gatsby: I wrote my dissertation on F. Scott Fitzgerald, and I re-read this book and his short stories almost every year. It is very beautiful. Perfect, even.
2. The next Game of Thrones: Iâ€™m not sure when itâ€™s actually coming out, but Iâ€™m addicted to the books, and the waiting may be the death of me.
3. Murder on the Orient Express: Iâ€™ve just discovered Agatha Christie. Why did it take me so long!?
4. Coco Chanel, by Justine Picardie: My hero. Chic, independent, fearless. I want to know how to be more like Mademoiselle! 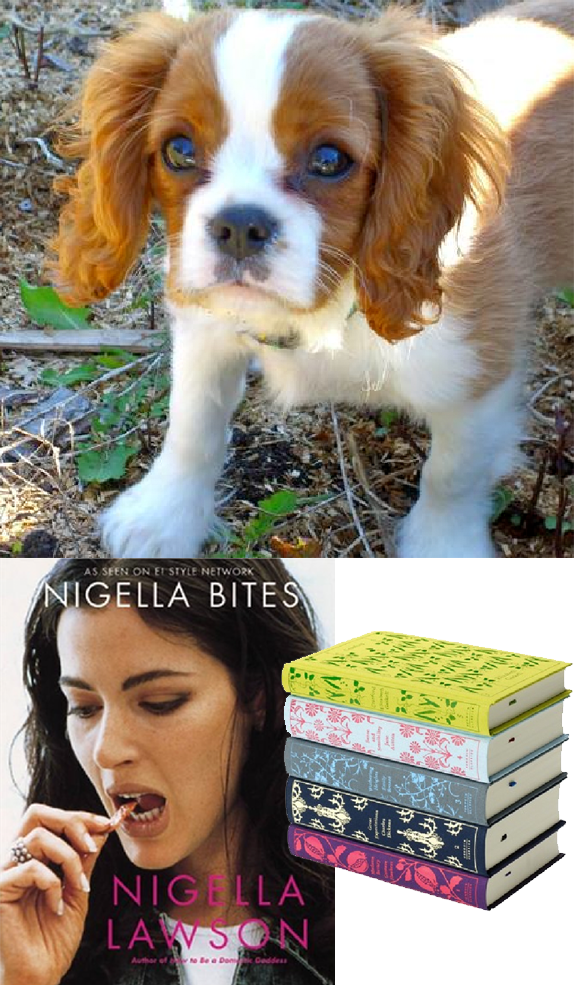 1. Living the Family Life: Married too Mr. English, as he is affectionately known in the blogosphere, and raising a much beloved dog named Huckleberry.
2. Book: I want to publish a cookbook more than anything. Nigella is my ultimate inspiration: a writer, and a cook.
3. Career: I want a promotion at the publishing house where I work!

1. I am working on writing and publishing a cookbook. I work at my recipes, proposal, columns, and blog. I do it before and after work every day, and I think about it all the time. Would this recipe work better this way, or that? Itâ€™s fun for me. Plus, it means sampling amazing French foodâ€¦for work, of course!
2. Staying in touch. Living in London, I have to make sure that I call my friends back home. Theyâ€™re like family, but the time difference makes it almost impossible to speak. Iâ€™ve now resorted to the miracle that is FaceTime. Such a godsend!

I dream about having a television show on easy, accessible French food for everyone. It is all Iâ€™ve ever wanted. One step at a time, and one day, I will get there. 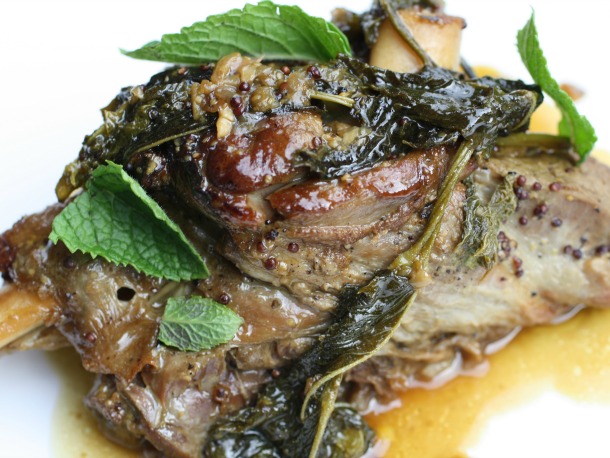 French Revolution the blog has nothing to do with Robespierre or Madame Lafarge. I grew up on French foodâ€”it was home cooking for me. And yet, in America, I felt that we regarded French food as really difficult and fussy and expensive and precious. But itâ€™s not that! I wanted to create a little revolution in the way we see French food. So that everyone would feel comfortable using frozen puff pastry to make vol-au-vent at home, or buying crÃ¨me fraÃ®che and tossing it into pastas and soups. I want French food to become home food, because it is so innately rustic and simple and delicious. Thatâ€™s the revolution! I think itâ€™s catching onâ€¦

One of my greatest sources of inspiration in terms of my food is the French magazine Elle Ã  Table. It is just so unpretentious about French food, and it recreates classics in the most inventive, modern ways. It only comes out every two months, and I wait for it like a fanatic. Also, as I mentioned before, Nigella Lawson, who is such an evocative food writer, as well as a creative, modern cook for how we really live. And so many of the women I work with, who have spent their lives finding and publishing great books. How cool is that?

I am so career driven, but really, itâ€™s my relationship with my fiancÃ©. I left everything I knew and moved across the world for him. Itâ€™s just like I learned in business school: the higher the risk, the higher the potential reward. And I feel like I won the lottery.

My beach in Florida. I grew up down there, across from the ocean. In Palm Beach County, there is an old sea stone road that runs up the coast from before the â€™20s, when Florida was really established as a destination. Itâ€™s a ways out to sea now, and the tourists donâ€™t know what it is, but I like to wade out, and stand on the stones in the hot water, and feel that old familiar sun beating down. Salt, sea, sun. There is no place like home.

I first started blogging in 2008. I wanted to be a food writer, but I didnâ€™t know how to get established. My now-fiancÃ© set me up with a Blogspot account, and I just never stopped. I blog because it keeps me doing what I love doing, despite having all the time pressures of a job and a life. It has afforded me so many opportunities to write, which is what I always hoped I would get from it. And as a blogger, you get to set a kind of table around which everyone who has similar passions to you can come and pull up a chair. Thatâ€™s terrific. Itâ€™s how I met Victoria!

Victoria, thank you so much for including me, and inviting me to your wonderful blog. I feel so honored. And thank you for reading French Revolution. Just the idea that someone would take time out of his or her day to take a peek at what I have cookingâ€¦thrilling!