More photos from last week in New York! On Tuesday, the fog and the mist didn’t keep me from seeing the sights. By the end of the day, the skies had cleared and we were able to eat dinner al fresco at Agave — spicy jalapeÃ±o margarita obviously requisite. 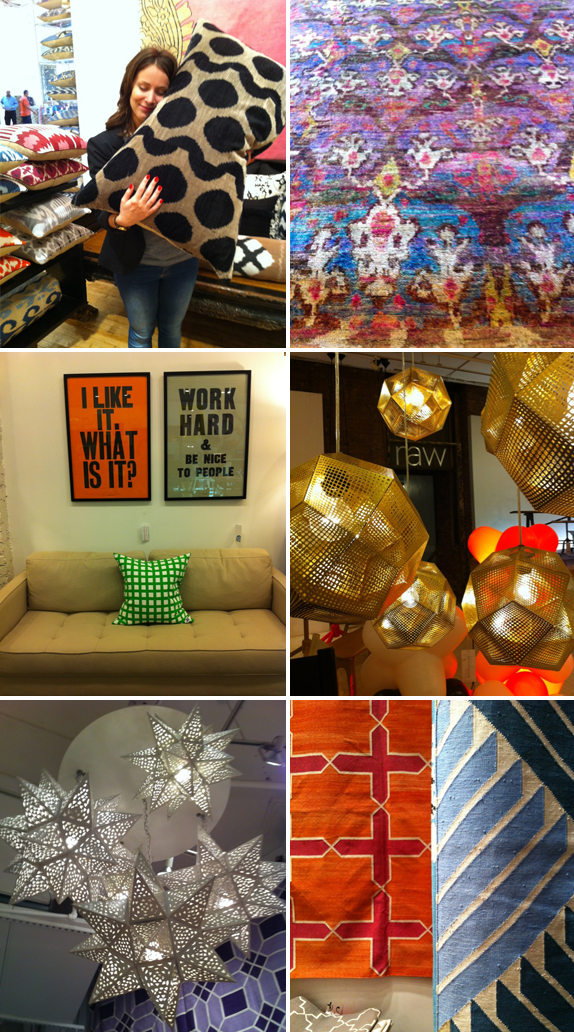 Wednesday I spent no less than two hours at ABC Carpet & Home. Do I really need to explain why? The rugs. The lighting. The accessories (Gabrielle obviously found something to love). It’s just amazing! Though admittedly, the only things I could afford to take home with me were on the first floor, and we’re talking candle votives ‘n such. I saw a rug that cost $45,000. Cah-razy. More pics, after the jump… 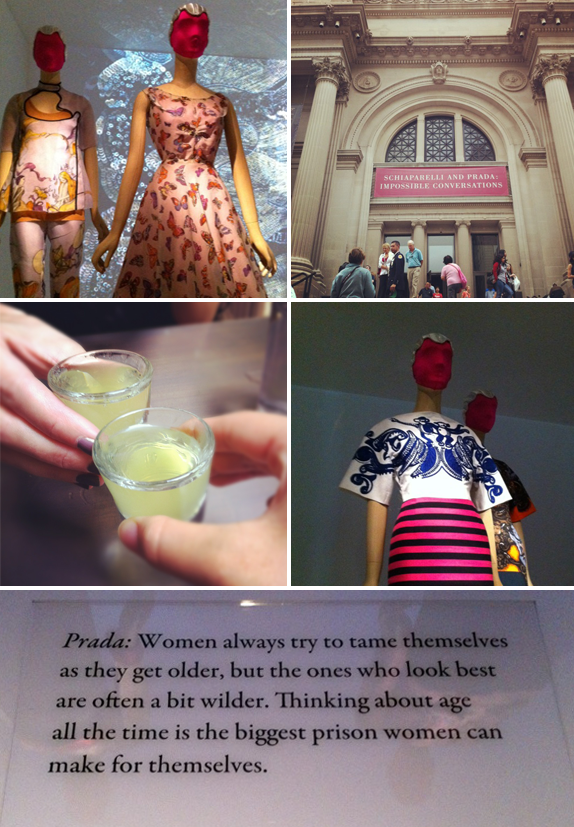 After ABC, Meg and I met up at The Met to check out the Schiaparelli and Prada exhibit. We were able to snap a couple pics before the powers that be came down on us. I absolutely love the above quote from Miuccia! These types of exhibits have the potential to be amazing (the Balenciaga exhibit at the De Young last year was SO well done), but honestly, I think we both felt this one was a little small and definitely a little cramped. It was still a great time! We ended the afternoon with caprese salads, two glasses of wine (um, each), and limoncello shots (on the house…I think I buttered up the chef after chatting with him about mozzarella). 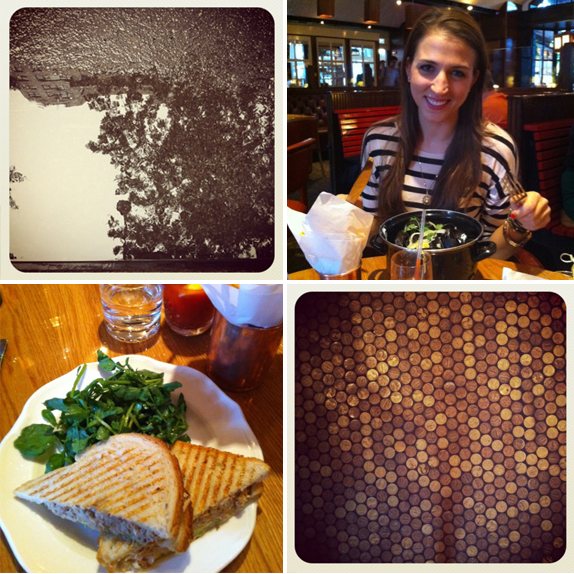 On Thursday, my last day in town, there was a torrential downpour in the morning. I snapped the top left photo while waiting on the sidewalk. The building across the street is reflected in a puddle! I met up with Gab and Julie at The Standard Grill which was so so amazing. Two rounds of Bloody Marys and a tuna melt later, and I was feeling good! It was the perfect last meal in town.

So much in just a few days! It took me ALL weekend to recover (I slept at least 12 hours each night all weekend). Cheers to a three day weekend just when you need it!