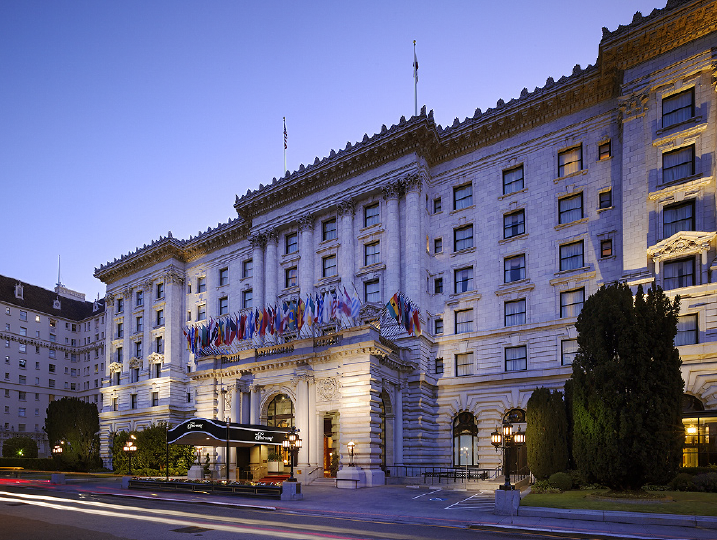 The Fairmont Hotel in San Francisco is the original Fairmont. Seriously. Construction began on it in 1902 by Tessie and Virginia Fair, in honor of their late father, James Fair, who was a US Senator and an overnight millionaire from the Comstock Lode. The varied history of this hotel is pretty unbelievable, actually.

It’s hosted every single US President since Taft, has been worked on by renowned architect Julia Morgan, and by interior design icon Dorothy Draper. It’s a landmark in San Francisco (and nationally, too). And I’m pleased to tell you it’s where we will be getting married. But, even more exciting, we’ll be getting married in the hotel’s historic Penthouse suite. You may know this space from such television shows as The Bachelor.

Yes, it’s true. We’re getting married in the same suite that Ben hosted his “ladies” that fateful night in San Francisco, when Shawntel shows up and ruins the fun and that chick Elyse was all “Who IS she????” But there’s more to the story than that, promise. 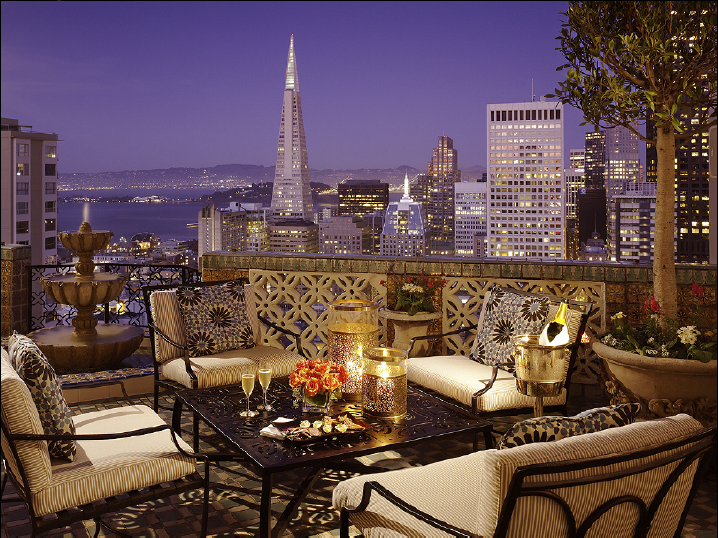 I first learned about the suite when my friend Meredith sent me this blog post from Manchik Photography. It kind of blew me away. The SF episode of The Bachelor had already aired, and my first thought was, “I CANNOT get married in the same place The Bachelor was filmed.” But then I thought about it. And I thought about it some more. And I realized that the Penthouse’s history amused and delighted me. Because it’s not only played host to Ben, but to JFK, Prince Charles, Mick Jagger, Elton John — the list goes on. I realized that I found the space to be breathtaking, and kind of perfect for what we wanted in a wedding. I showed the photos to Joe and he liked it too, so much so that I called the next day to schedule a viewing appointment. 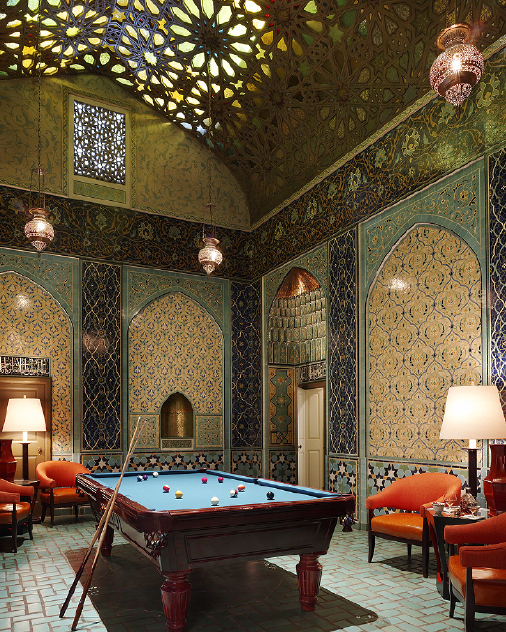 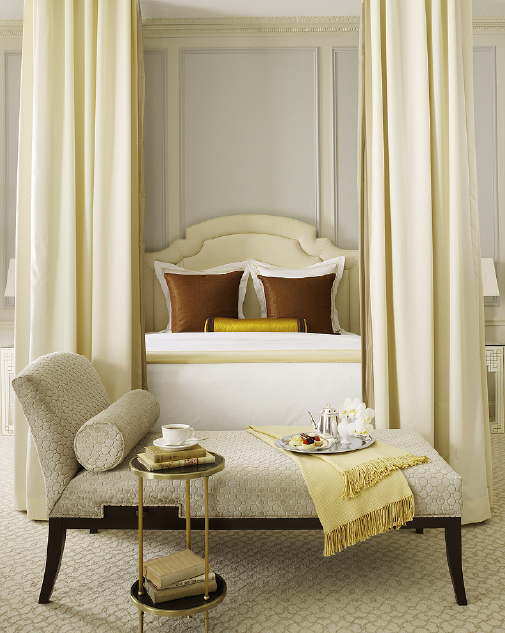 The suite was originally a residence, and that’s something I love about it too. When we host our wedding there, it’ll feel like people are coming to a home. I like that intimate feeling it provides. The views over the city we’ve called home for the last five and a half years aren’t so bad either (again, the Manchik Photography post will show better than I could ever explain).

It’s funny, I never envisioned myself having a hotel wedding, but I guess I never really envisioned a lot of things about my wedding so I’m not totally shocked. This will have all the comfort and convenience of a hotel event, with the uniqueness and intimacy that we so wanted. I’m excited. 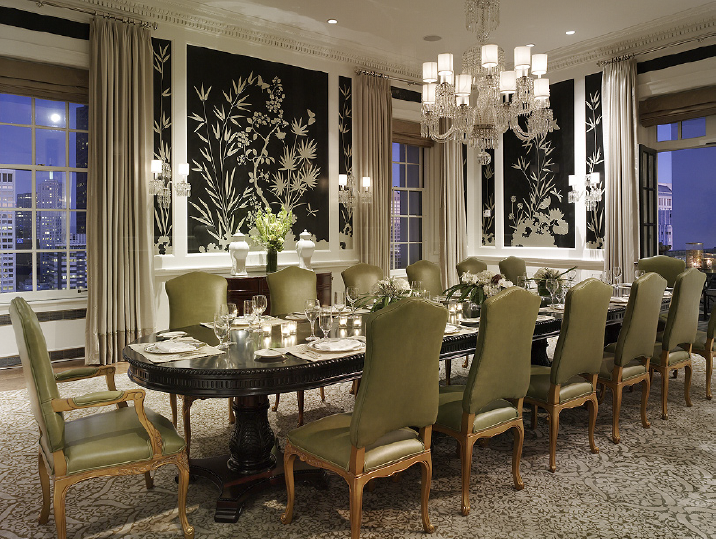 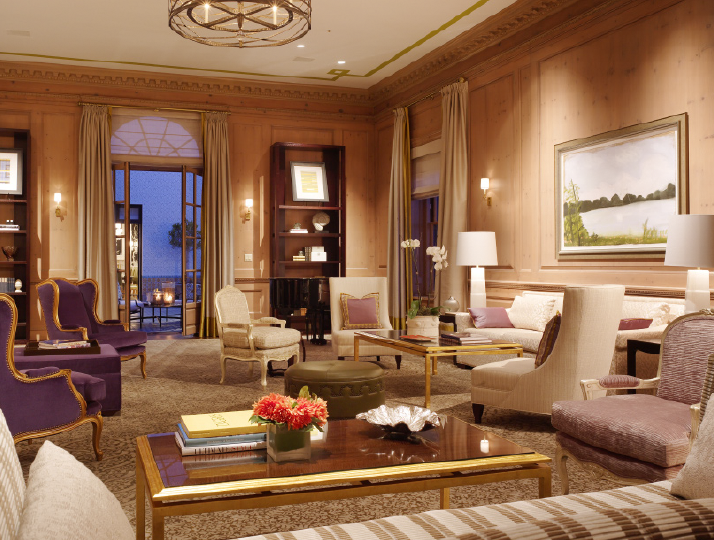 We’re getting married the day before our 10 year anniversary later this year. I love the idea of waking up the day after the wedding (in the Penthouse, natch) and being all, “HAPPY ANNIVERSARY!” It’s perfect!

But lest you think my wedding planning is now all sunshine and rainbows and puppies and I’ve gone over to the dark side after my last post (kidding, kind of), here are the other updates:

+ I spoke with Tamra last week who has been amazing enough to offer me lots of fantastic advice about timelines and how this crazy ass industry works. I didn’t realize I needed to be seriously dress shopping, given that some vendors can take months to procure your dress. Soo…hence the dress appointment later this week. I’m cautiously optimistic it’ll be better. I also should probably look for stuff off the rack too. Ladies who mentioned doing this: where did you shop?

+ Other than booking the venue and our music, I have done literally nothing else. I hate feeling so behind, but with the business and working from home and everything else going on in real life, I just haven’t tackled the wedding to do list. I’m working on it!

So yeah, things are definitely better and I’m freaking out a lot less (I think nailing down the venue really helped), but I still feel like I have a BIG mountain to climb. More to come, I’m sure.

How are all you other engaged ladies holding up?