Take Me Away: Mio Buenos Aires 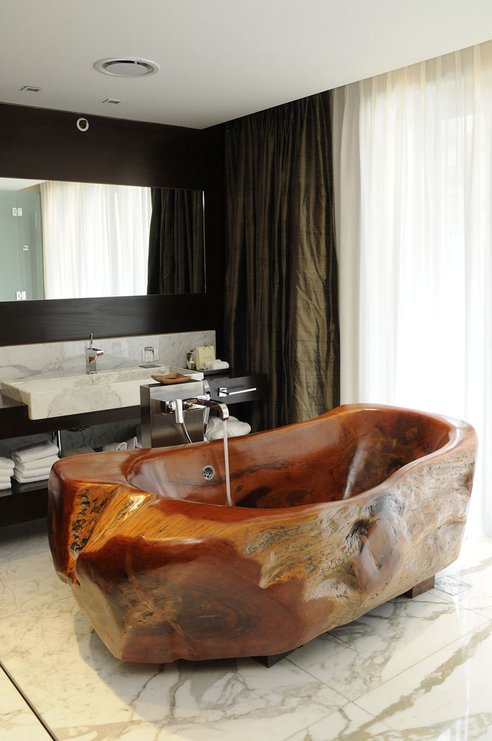 Hello, gorgeous. I spotted this bathtub on the Tumblr Trendy Traveler yesterday, and was immediately curious to learn more. After a bit of hunting, I tracked down the source — the stunning Mio hotel in Buenos Aires. Brace yourself and hide your passport. You’re going to want to jet down to Argentina on the double. 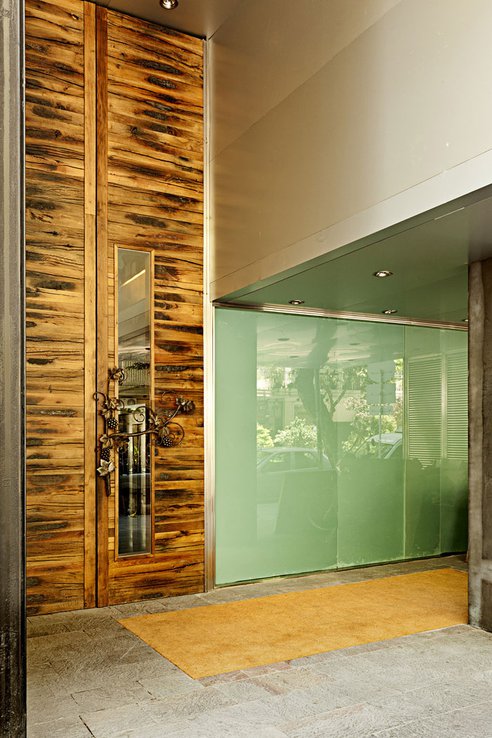 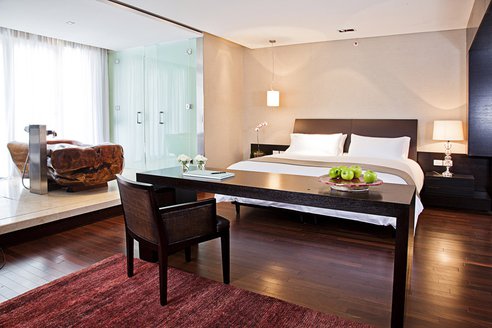 Get more Mio (and find out how those amazing bathtubs are made from whole tree trunks) right after the jump. 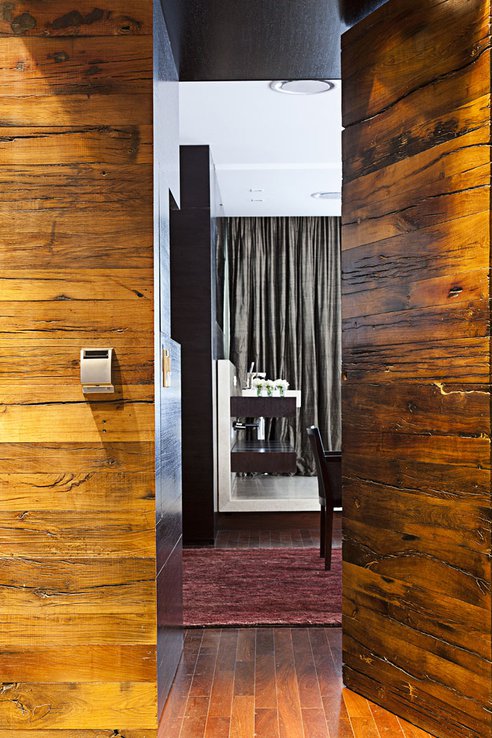 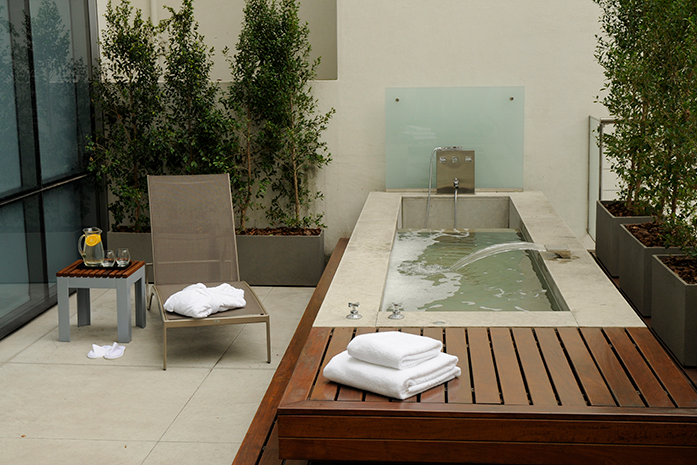 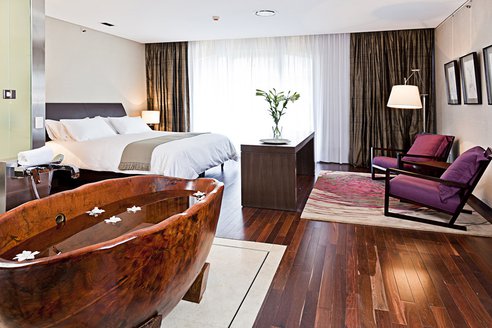 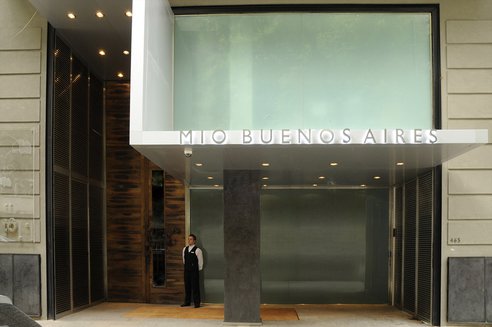 The wood on the doors used throughout the hotel is made from old French wine barrels. You can see the markings from wine on many of the slats!

But those bathtubs. THE BATHTUBS. They’re made of dead trees, and hand carved by Mario Dasso. He carves them on the spot when he finds the right tree. It’s insane. You can see a video about it here (the narration was kind of funny, but you will be wowed by Mario’s work!)