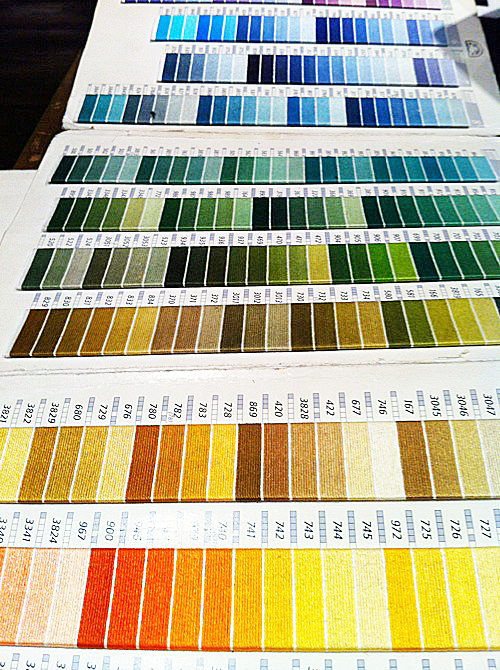 Ever have one of those experiences where you go in having no idea what to expect, and leave not only pleased, but excited and like you’re bursting at the seams with inspiration? That was so me on Tuesday night.

Let me back up a bit.

Earlier this year, I came across this article in the San Francisco Chronicle on a local tailor who was making insanely good custom shirts, dresses, coats, bags and even shoes out of a little shop in North Beach. I wasn’t really looking for custom stuff, but thought the piece was still super interesting. Fast forward to a couple weeks ago, when Joe was lamenting the fact that he could never find casual dress shirts that fit him properly. “Why don’t you check out this place I read about?” I told him, “Al’s Attire in North Beach.” 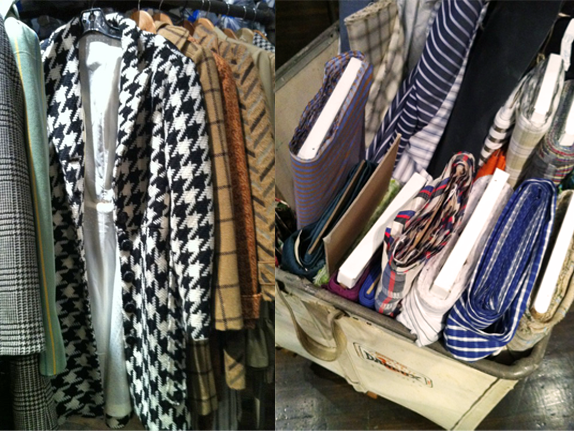 He hemmed and hawed about it for a while, but out of nowhere, decided he was truly over his wardrobe sitch and made an appointment for Tuesday night. I was so surprised when he called me at work and told me he was heading to a fitting. And then I basically ran out the door and caught a cab so I could hustle down there ASAP to help him pick out fabrics. I could not have even ANTICIPATED what was in store for me. 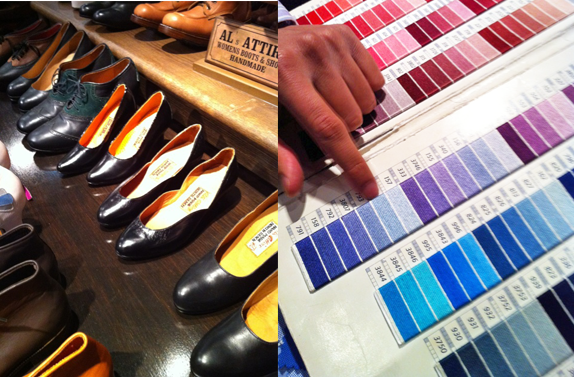 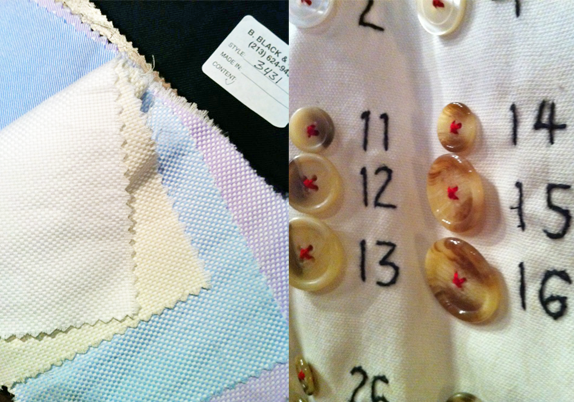 I didn’t realize the level of detail you can get into when making a custom shirt. The type of collar. The color of thread around the button hole. The color of thread to ATTACH the button. Everything. At Al’s, you can even have a custom label made (and yes, that night, I went home and designed a label for Joe in Photoshop and sent it off to the shop! It’s so amazing that that design will be inside all of the shirts he has made there). 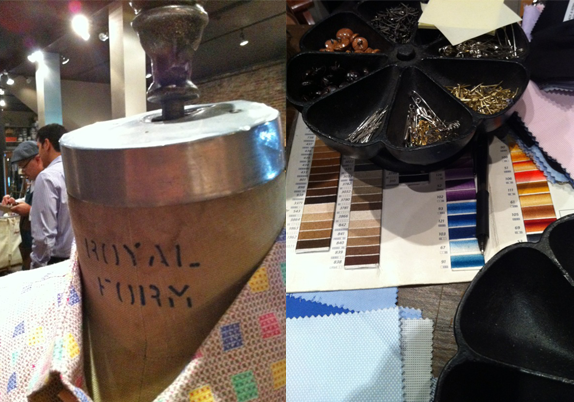 Al also makes custom men’s and women’s shoes, many of which are vintage inspired. While we were there, I was chatting up a guy who seemed like he was Al’s biggest fan. He said that he had several pairs of shoes from him, including the low boots he was wearing. Trust, they were amazing. 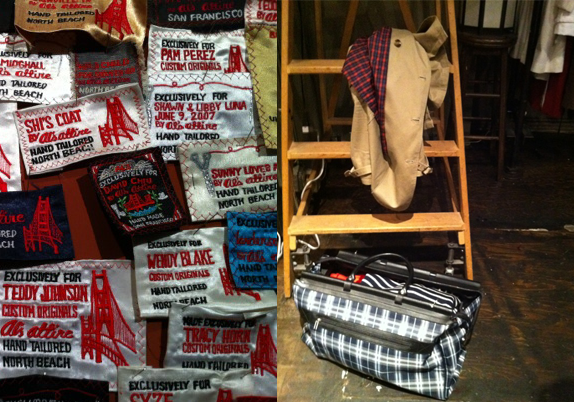 The same guy had brought in a Burberry tote bag, pictured above. He had just found it at an estate sale last weekend for like $70 (which is another matter I’ve been obsessing about non-stop. Note to self: it may be time to hit up estate sales). Al was so taken with the design, that they agreed to make him a duplicate of it in leather. Like it was no big deal to reconstruct a bag like that. How amazeballs ridiculous? I want a custom tote bag like that!!! 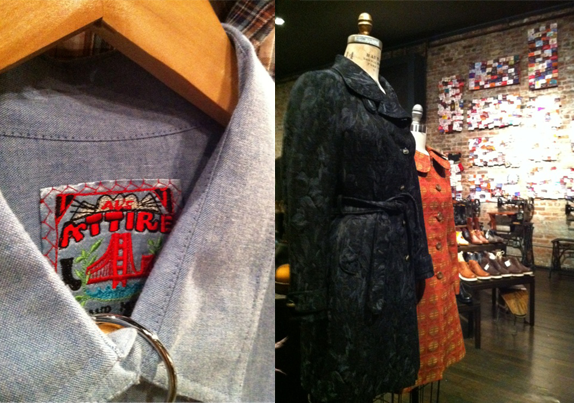 Some of my favorite pieces were the coats Al had created. There were coats in beautiful jacquard fabrics (that would rival any J.Crew Collection piece), classic pea coats (Al can reproduce vintage pea coat styles from the early 1900s through the 1950s, and modern styles too!), and my personal favorite, a black and white houndstooth coat that was so gorgeous. 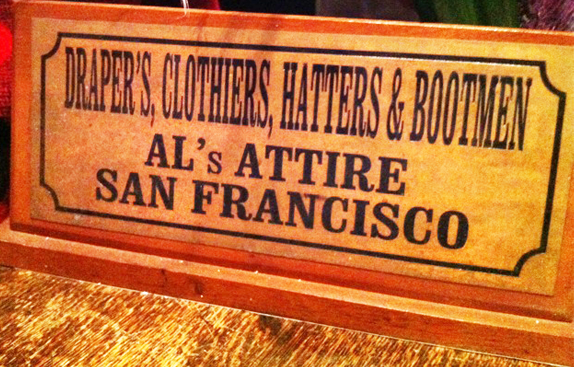 All photos taken by me on Joe’s iPhone.

In the end, Joe ordered 5 new shirts in 5 different fabrics. He asked me to come back to his next fittings, when he’ll have to pick out all the little details for those other shirts. I think he was really glad I was there last night to help (and truthfully, I was like a kid in a candy store).

If you’re in San Francisco and are wishing you could find that perfect dress or coat that fit like it was made for you…consider having it done custom! If nothing else, Al’s is a great place to go for a little inspiration.