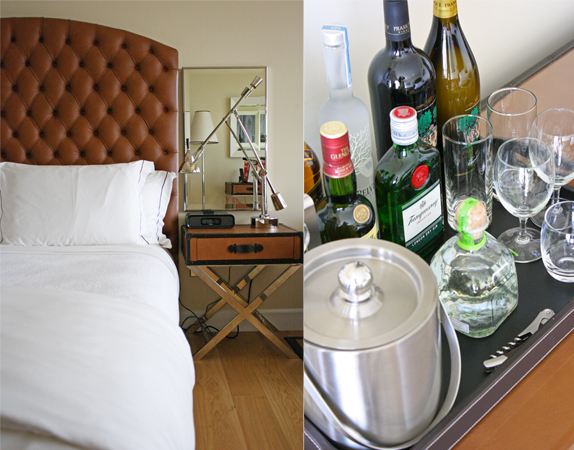 We made it to LA around lunchtime on Friday and already had plans to meet up with a friend. When we drove up to our hotel, Mr. C, I was a bit apprehensive. One, because the name of the hotel makes it sound like it’s a carnival funhouse, and two, if I’m totally honest, we booked it last minute while we were still in Santa Barbara!

I didn’t need to worry. Mr. C is the first hotel offshoot of the Cipriani brand, and it opened in LA this past June. You may know Cipriani’s from their many restaurants in NYC, Harry’s Bar in Venice, and of course the fact that Cindy was supposed to take Sonja there on one episode of Real Housewives of NYC, except her dentures fell out or something. Anyway.

The hotel is technically located in Beverly Hills, though in reality it’s much closer to Century City. Perfect location if you’re planning on doing stuff in west LA! Here are some more shots of our room and the hotel in general. I’m mixing in professional shots because we had less than 24 hours in LA, and I didn’t have much time to take pictures! 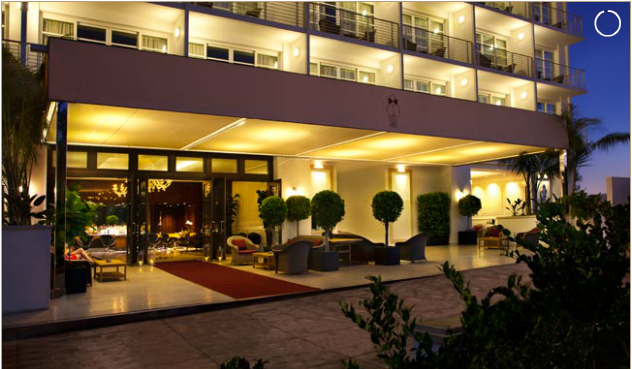 The front of the hotel. The valet service was ridiculously good. So accommodating, and they even gave us a bunch of waters for the road when we left on Saturday. Was it obvious we had had too much to drink the night before? 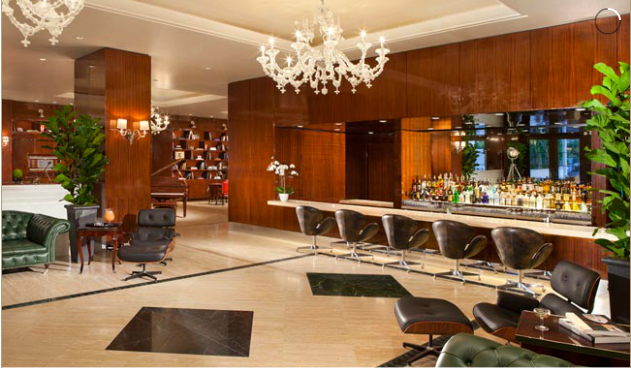 I walked into the hotel lobby and pretty much had a heart attack. It was sooooo good. At Mr. C, they don’t have you check in (what are you, an animal?). Instead, you are escorted up to that there bar and offered a complimentary peach bellini. I was hesitant to take it, but it was one of the best bellinis I think I’ve ever had. While you sit there and sip, a concierge person walks around to the front desk and checks you in. By the time you’re done with your drink, they come get you and escort you up to your room. Every hotel check in experience should be like this.

Check out those Eames chairs! 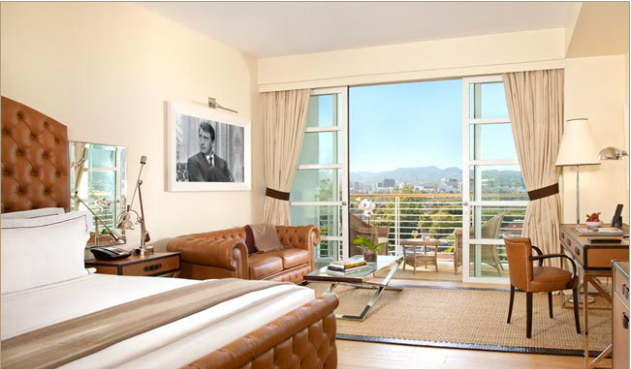 This is what our room looked like. The color scheme of the rooms alternates by floors, so on odd floors there’s this rich tobacco colored leather; on even, everything is white, like this: 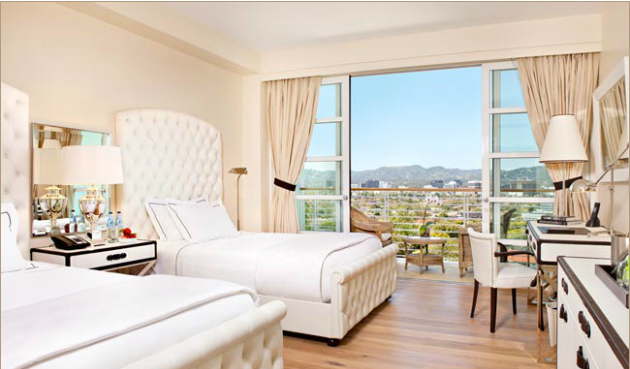 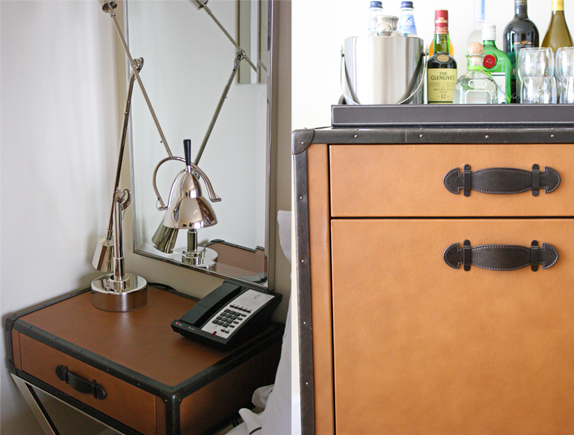 I was a huge fan of the darker leather and I’m glad that’s what ended up with. I’ve come to realize I kind of dig the masculine vibe.

The dresser in the room was like an oversized steamer trunk and had a full bar setup on top of it. Way to know what’s hip, Mr. C! I thought the leather pulls were great. The lighting throughout the room was also amaaaazing. 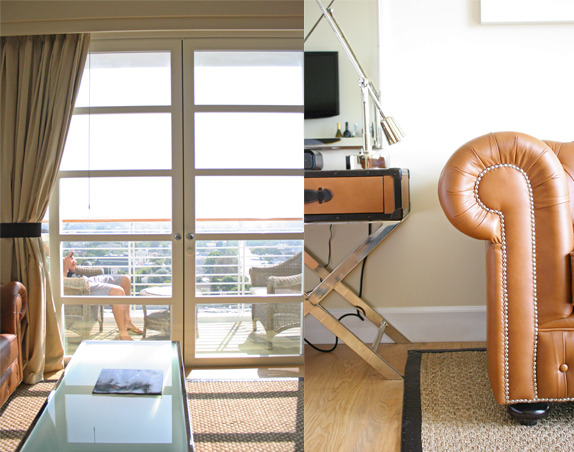 One of my favorite features were these two huge sliding glass doors that opened out onto a veranda. Our room also featured a big chesterfield sofa. Love, love, love. 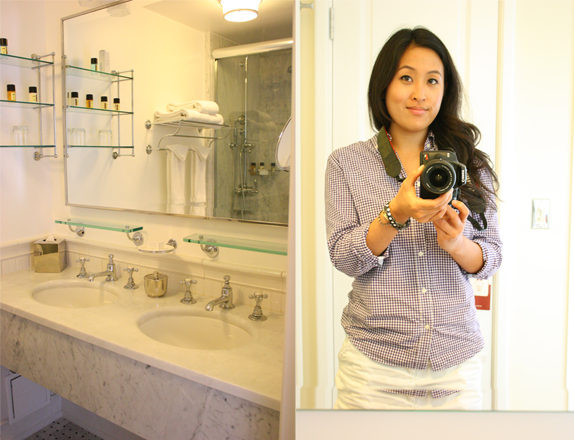 This is a good hotel bathroom. Take note, hotel designers. For such a small space, they got in a lot of great features. Double sinks and a rain shower. I was a happy girl. I’ve decided I want sink fixtures like that in my dream house.

Also, excuse the gratuitous self-portrait. I ran out of vertical photos to use in the series.