You’ll likely remember last week when I posted about Nichole’s fantastic coffee filter paper lantern that turned out like so: 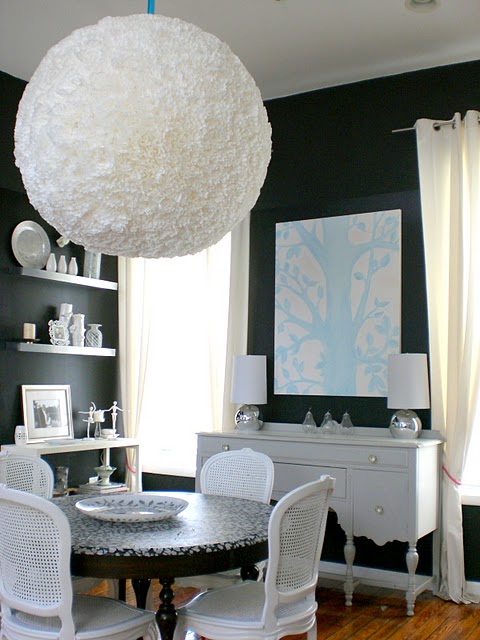 Still in awe over the fact that she did this. Especially now, having tried it on tiny little paper lanterns…

But let’s back up a bit. My thought process after I saw her DIY went something like this:

Hey! The holidays are coming up. That lantern is really fluffy. It looks like a gigantic snowball. I wonder if I could make a string of fluffy snowballs and do something holiday-y with them. I wonder how long it would take me? And I wonder what the Joe will have to say about all this?

I tackled this project last Sunday, and though it was a little time consuming, it was very easy and definitely worth it. In fact, the little “snowball” lanterns could probably be used outside of the holiday season too.

I started out with a few simple supplies: a string of lanterns (with 10 lights), a glue gun, and 400 paper basket coffee filters. I was hoping the 400 would get me through the entire project. The string of lights is from Cost Plus World Market, and I think these were the perfect size for this project. Much bigger and they’re a little TOO big to place around a mantle or string up in any way.

I started by assembling all the little paper globes, but did not string the lights through them. Then, I began gluing the filters to each globe, starting at the bottom axis and working my way up to the top. Is axis even the correct mathematical term to describe this? Just so we’re clear, I started at Antarctica, and glued my way up to the North Pole.

It works out well because the North Pole is where Santa lives. 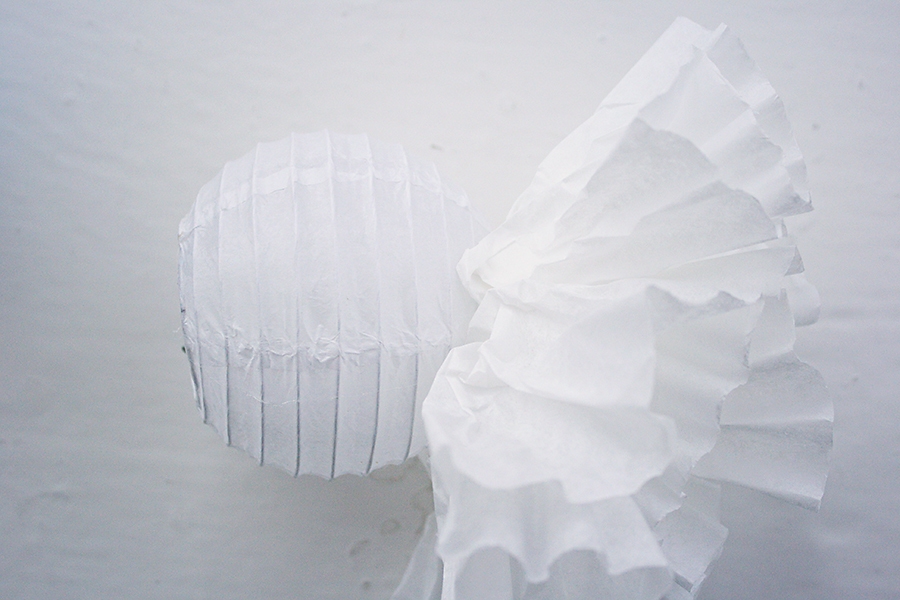 I found as I glued that I got the best visual result if I sort of gently folded (without creasing) the filters into quarters, then glued on the pointed base and fluffed the filter out from there. Also, gluing the filters close together was key. Since the little lanterns are so much tinier than Nichole’s, the only tricky part was making sure I glued the filters on in a way that they “stuck out” evenly. After the first ball though, I got the hang of it pretty quickly and was able to churn out four more. It took me a little over two hours and 200 coffee filters exactly to do five snowballs. They look really neat lit up, don’t they? One other word of caution: the lights that came with my lantern kit are spaced for a much smaller diameter lantern, not these big, fluffy things. Because of that, I decided to space each snowball to every other light bulb. I’m going to hook up one extra string of lights to the original so the whole thing will be long enough.

I didn’t have time on Sunday to finish the other five balls and shoot photos, but I busted out some garland to get an idea of how I might style these above our fireplace. We have built-in bookcases on either side of the mantle that are pretty deep, and perfect for this kind of thing: 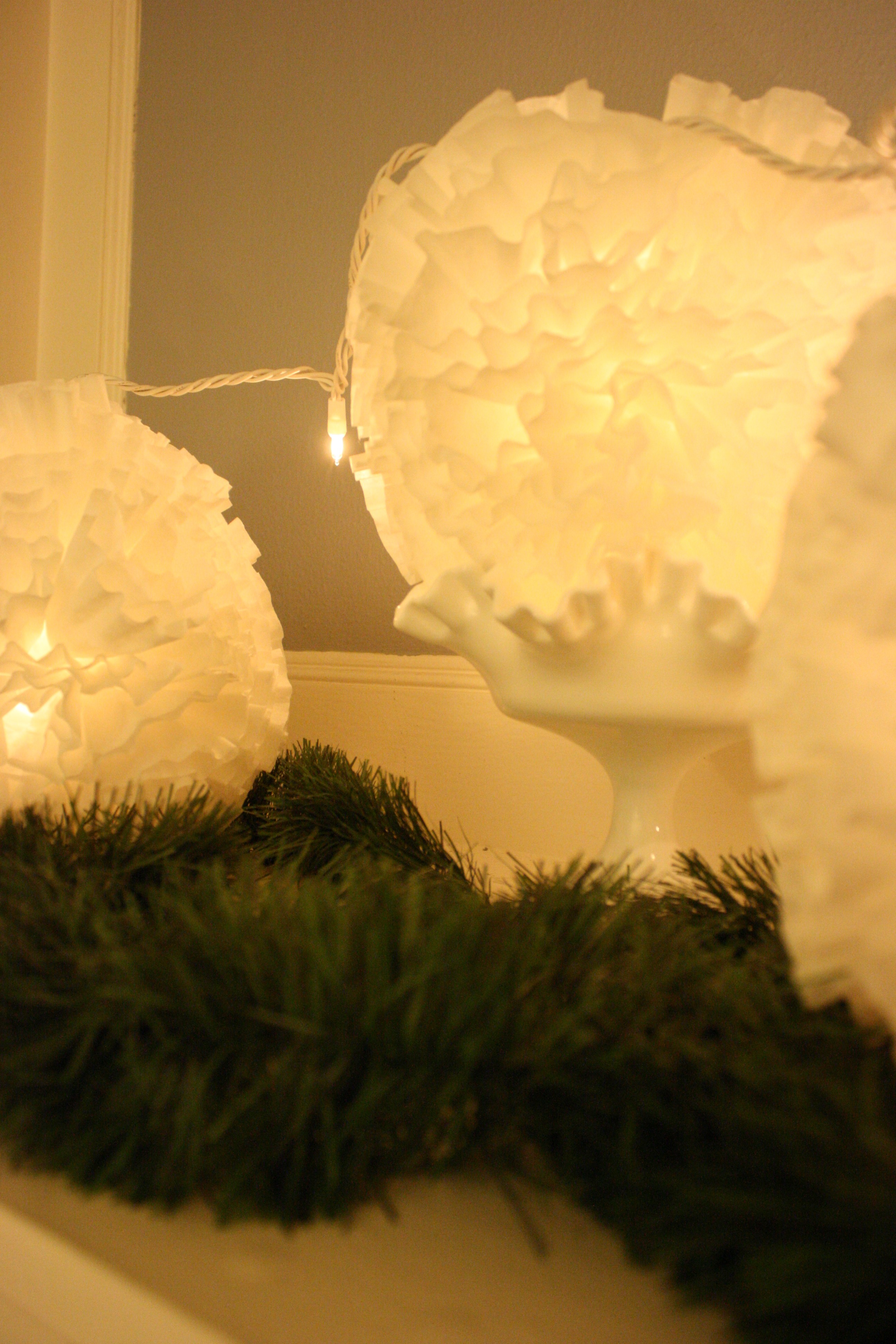 It’s now Thursday and I still haven’t finished the project (welcome to my week), but will hopefully finalize it this weekend.

So what did Mr. J think? He was skeptical, as he is of all my hare-brained crafting ideas, but once he saw them he really liked them — even with the garland! I gently suggested that some red ribbon and pine cones might make excellent accessories along the mantle too, but that idea was not met with much enthusiasm. But I’m not deterred. Like a lot of other purchases in our household, I think that if it just magically appears there one day, and he can acknowledge my decorating genius and the general fabulousness of holiday decor, he’ll probably thank me in the end. Maybe even give me a foot massage and bring me a plate of cookies. That’d be nice.