These were both taken at Sequoia Grove, in the exact same vine row. We were up there this last Saturday, picking up some Rebellious Red in preparation for Thanksgiving (yes, it really was that good). I love the contrast between the two photos, both in the color of the light, as well as the obvious changes in foliage. What a difference a month can make.

We also did a bit of hiking in Robert Louis Stevenson Park, our first visit there. It was a such a beautiful, crisp fall day. My point-and-shoot camera is quite old, with a battery that always dies after about half an hour, but here are some other shots of our hike to Table Rock. 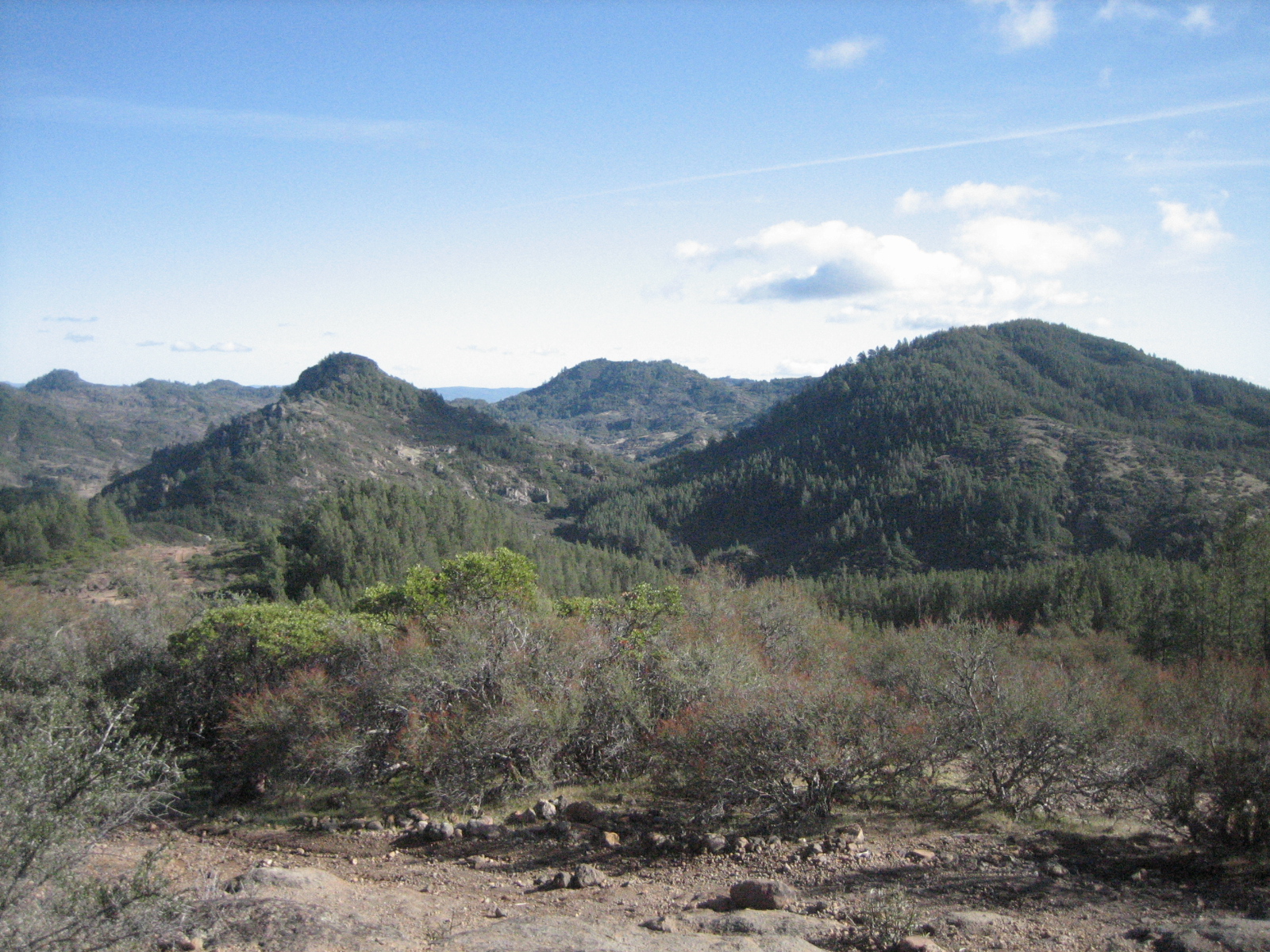