Recently, I put together a little photo tour of a cooperage on Crushpad’s blog.  What is this cooperage, you ask?  Well, a cooperage is usually a place that makes barrels — but after looking it up on Wiki just now, I also found out they can make butter churns, which only makes them cooler in my book.

So in the spirit of yesterday’s winemaking photo tour, I thought I’d repost the barrel blog here.  After all, barrels are a huge part of the wine equation, and constructing them is (much like wine) a combination of art and science.  Here, I’ll show you:

(Most of these photos were taken at Radoux, up in Santa Rosa, by yours truly.  Photos demonstrating barrel firing and toast levels were taken at Seguin Moreau on a previous Crushpad fieldtrip) The wood used for making barrels will sit out in stacks to age, seen here in the background. During this process, excess tannin is released from the wood, and can appear as black marks on the slats. American oak will age at least 12 months, whereas French oak ages at least 24 months.

Once the wood is ready, itâ€™s cut into staves (the long, individual pieces of wood that are pushed together to make a barrel), fitted, and partially hooped. From there, it’s ready to be toasted.

Barrels are placed over small fires and toasted to a desired level. A Master Cooper monitors this process, rotating barrels as needed. Some barrels will even be momentarily covered with a metal plate, to intensify the heat and smoke inside.  In the same vein, note how barrels can be toasted while only half hooped (top photo), and others entirely hooped.  These variations in toast methods will contribute unique flavors into whatever liquid is stored inside. 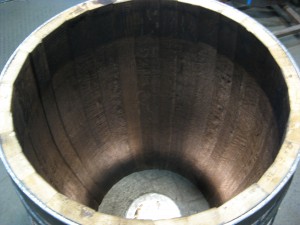 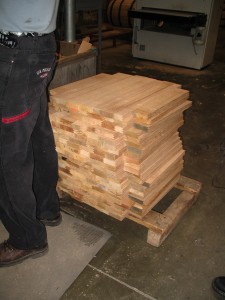 Meanwhile at a separate station, shorter staves are sawed into the proper lengths, then have tongues and grooves cut into their sides.  Next, they’re mechanically pressed together to form squared planks of wood. These will become the barrel heads. 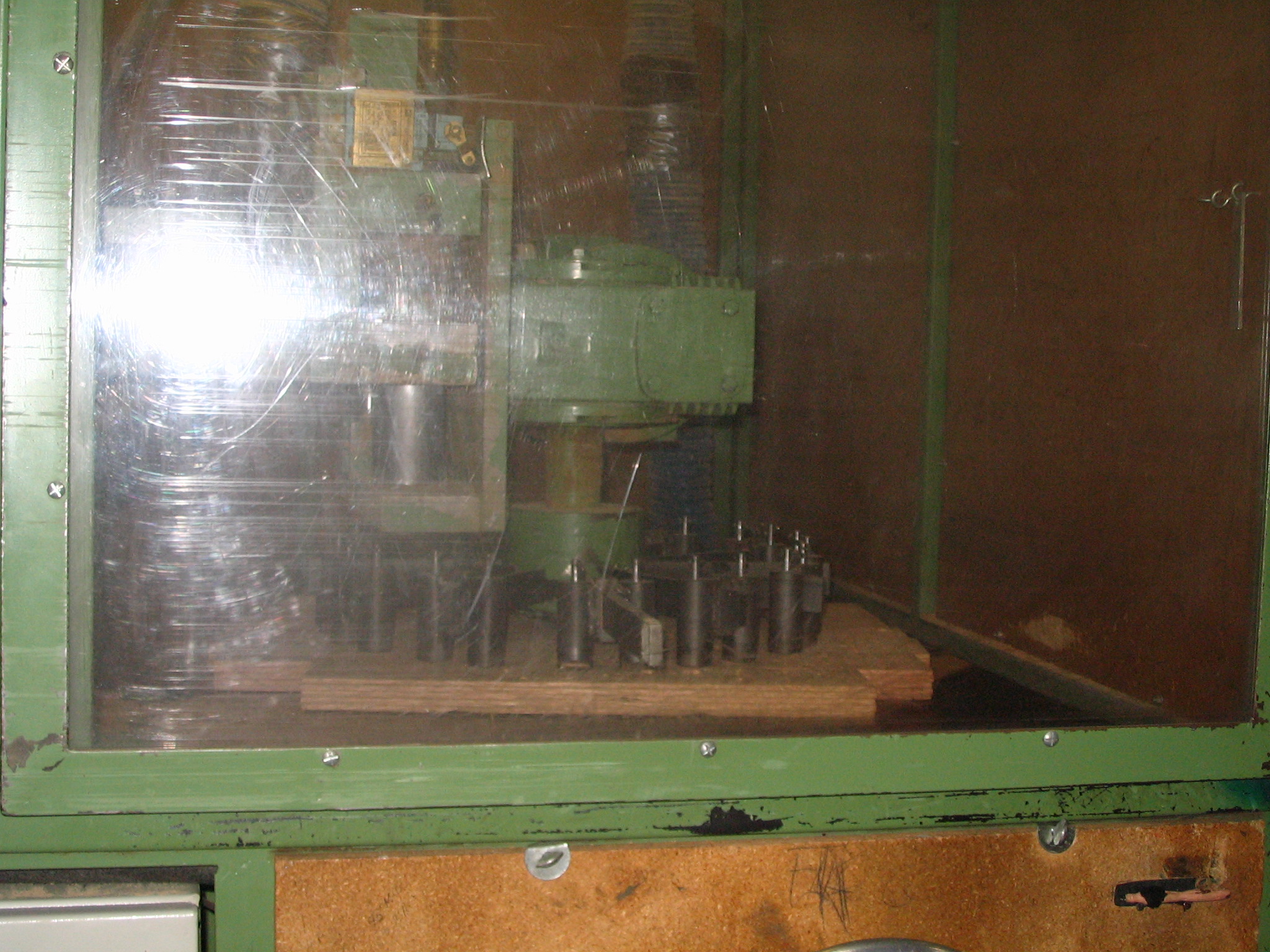 The plank is rotated in this machine, and the barrel head is cut outâ€¦ 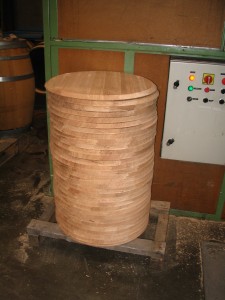 â€¦so that it looks just like this. These heads can now be toasted, or inserted into the barrel. To insert the head, a worker will angle it in, then use a cro-bar style rod to force the head upward until it is snug. More hoops are then fitted over the barrel. 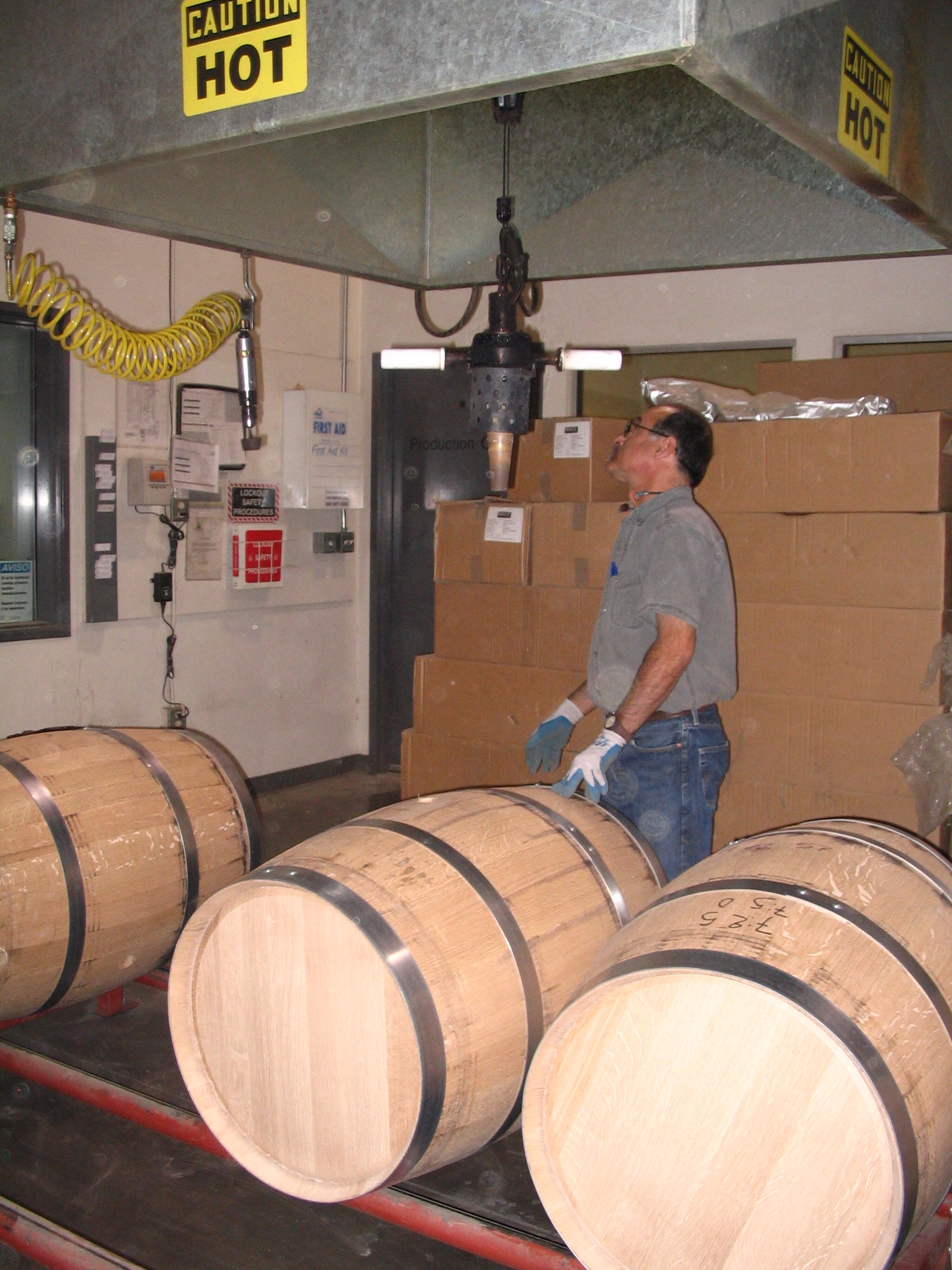 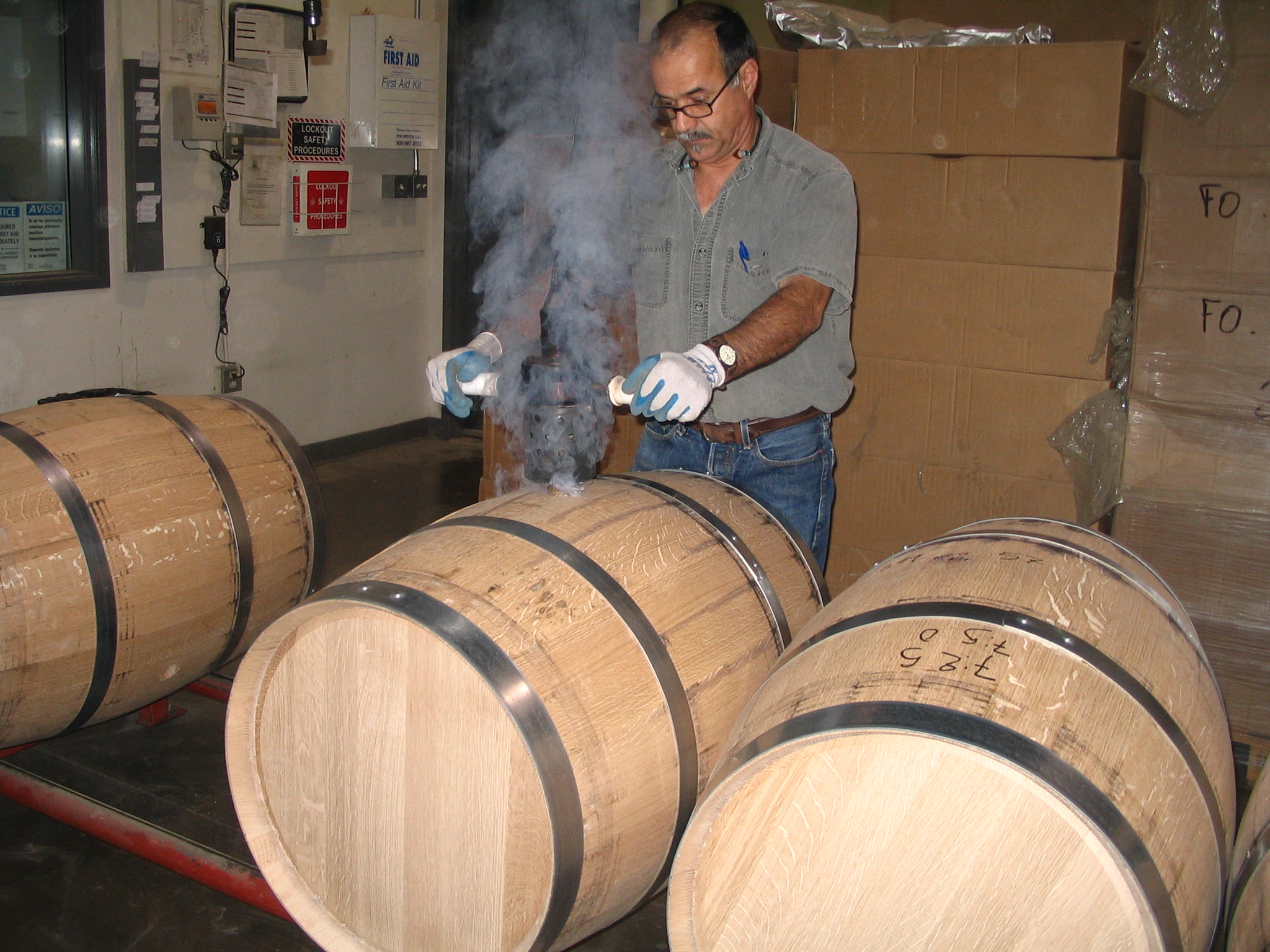 â€¦then smoothed out with this heat drill, which is hot enough to essentially cauterize the hole. This helps to create a good seal, which can help prevent microbial growth later on. 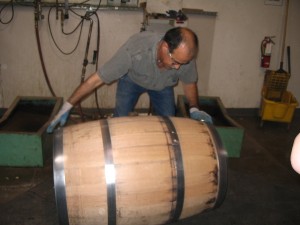 The barrel gets rolled over to the leak check station. After being filled with a bit of water, the cooper rolls it around, checking for any leaks in between staves, or at the heads. Minor leaks can be fixed by inserting tiny pieces of wood into any holes. 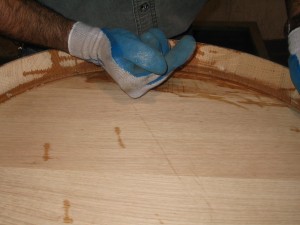 This barrel head is leaking even after several attempts to patch up the hole with the wood chips. Itâ€™s sent back down the line, where a new head will be inserted. Once the barrels are entirely leak proof, many are sent to be sanded down. The barrels are loaded up onto this rotating machine, then spun at a high speed while a worker sands them. Sanding the barrels is purely aesthetic â€“ the smooth, velvety exterior has no effect on the wine inside. If the public will never see the barrels, some wineries will choose to forgo this step.  Hey, wherever you can save a few bucks, right? 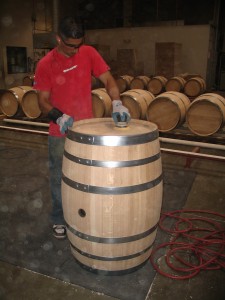 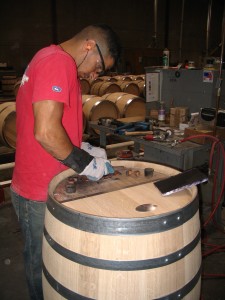 â€¦then stamped to indicate the year it was produced, the level of toast, the type of oak, and the cooperage. 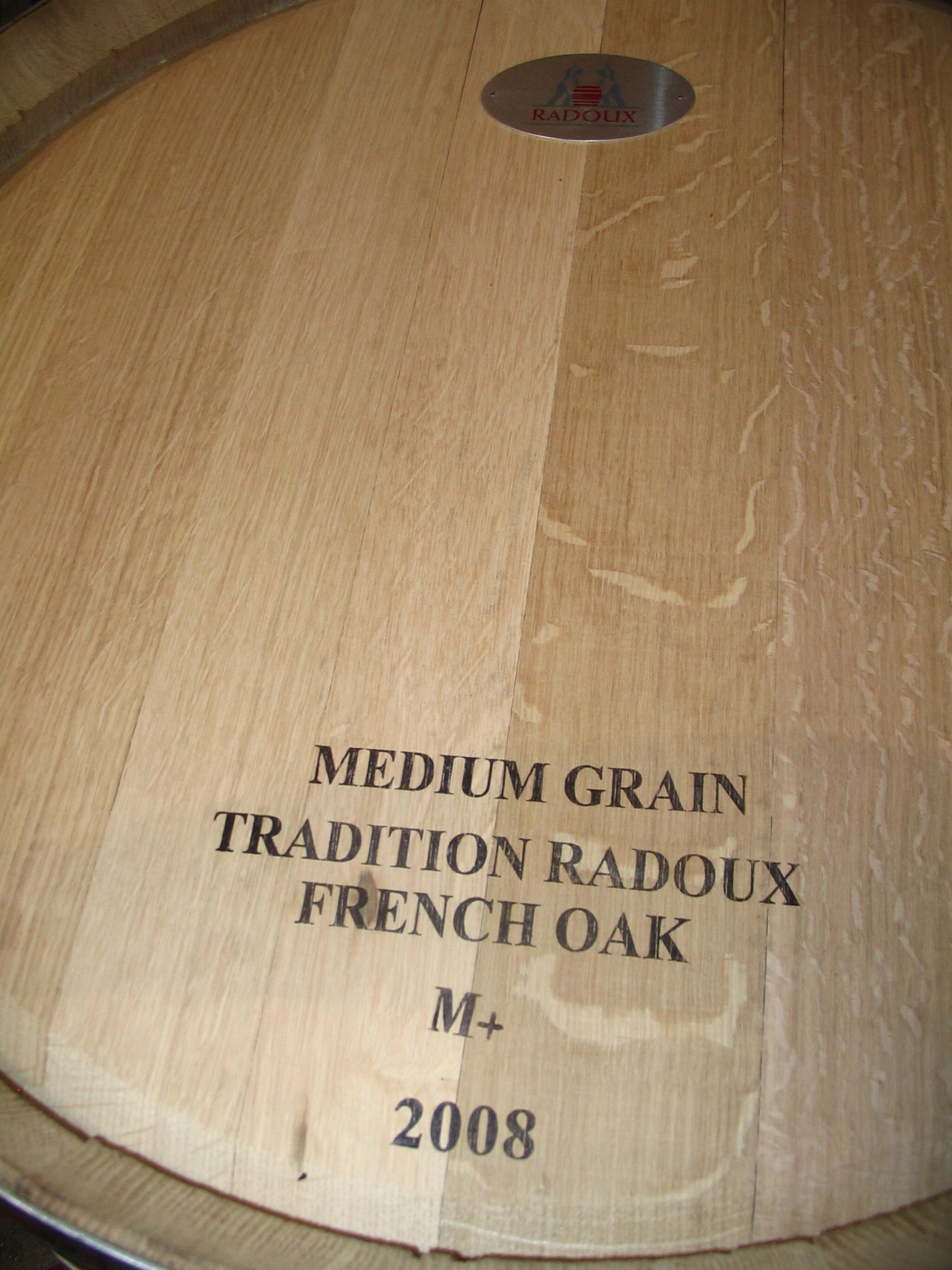