Memories from birthdays past

Initially, I was going to have a cop out birthday post and just list a lot of stuff that’s happened on August 1 over the years.  It’s easy to find such details.  Just look here.

1984 — popped out around 1 a.m. Korea time.  Teeny and scrawny with a full head of hair that likes to stand straight up.

1985 — Only a year old, and I seem to understand the concept of cake.  Somewhere in a box in a garage in Austin, there are photos of me leaning over a cake, ready to smash it into my face.

1989 — I host a putt putt birthday party for all the kids in my kindergarten class.  Said putt-putt course no longer exists, and is now a warehouse selling tropical aquarium fish.

1990 — Mom bakes me a homemade Little Mermaid cake.  She painstakingly ices on Ariel’s green fin and red hair, and even buys purple gel frosting to create her bikini shell top.  I firmly believe my mother is God.  This is proven further when that Halloween, she creates a Little Mermaid costume for me.

1992 — First big sleepover birthday party ever.  30 girls stay at my house overnight.  Dad uses his fancy new dot-matrix printer and desktop publishing program to make me a banner that reads “HAPPY 8th BIRTHDAY!”  We order at least 7 pizzas from Mr. Gattis.  Festivities include a piÃ±ata that we spend half an hour beating with a wimpy wooden stick.  Mom soon busts out her metal baseball bat, which she uses for kicking ass and taking names her company softball games.  PiÃ±ata breaks in one fell swoop, and I’m overjoyed with the oodles of Tootsie Rolls that spill out.  The next morning, dad swears I can never have more than 4 girls over to the house at a time.

1994 — Birthday is shitty.  Dad died less than three weeks ago.  A few kids spend the night at my house, and mom and I try to pretend like nothing is different.

1995 — Mom takes me to Houston’s, still one of my favorite restaurants.  She surprises me with tickets to my first concert: Montell Jordan, TLC and Boyz II Men.  Better yet, the concert will take place in Las Vegas, Nevada, at the recently opened MGM Grand.  I’m pretty excited internally, but am now old enough to know it’s not cool to show it.  What a brat.

1998 — Birthday dinner at Houston’s again, this time with a group of five or six girls in tow.  I wow everyone with my ordering skills (“I’d like the Hawaiian rib eye, medium rare, with a baked potato, everything on it, and a salad with blue cheese”), and my ability to eat everything on my plate.  We finish the evening by watching Titanic for the 500 millionth time.  Leo is still hot, and we probably all still cry at the end.  Never let go!!

1999 — These days, I’m too cool to have birthdays with the family.  I round up a group of at least ten friends, and we dine at the local Outback Steakhouse.  The big highlight of the night is us crazy kids stealing a steak knife to remember the good times by.  I still have that knife.

2002 — To celebrate being semi-legal, I buy a pack of cigarettes.  I smoke half of one, realize it’s terrible and it makes my car smell bad, then give the rest away.  I won’t vote in any kind of election until 2004.

2004 — I hit the big 2-0, and to celebrate, I’m stuck awaiting the arrival of a new mattress for my new room, located in a five bedroom house I’m sharing with five other college friends.  To help the time go by, a few of us make a huge vat of guacamole and drink margaritas lemonade on our front porch.

2005 — To celebrate my first drink (ahem), a small group goes out for sushi and sake bombs.  The night continues back at the house with a “bonfire” in our Webster grill, fueled with huge pieces of scrap palate wood (nails and all) and an entire bottle of lighter fluid.  Someone decides roasting marshmallows over the flames is a good idea, and there’s a 1 a.m. trip to 32nd Street Market.  An even smarter person decides shots of Bacardi 151 are in order.  The night ends with me teaching Brian how to use Clinique’s 3-step skin program.  Needless to say, I do not make a cameo at work the next day: 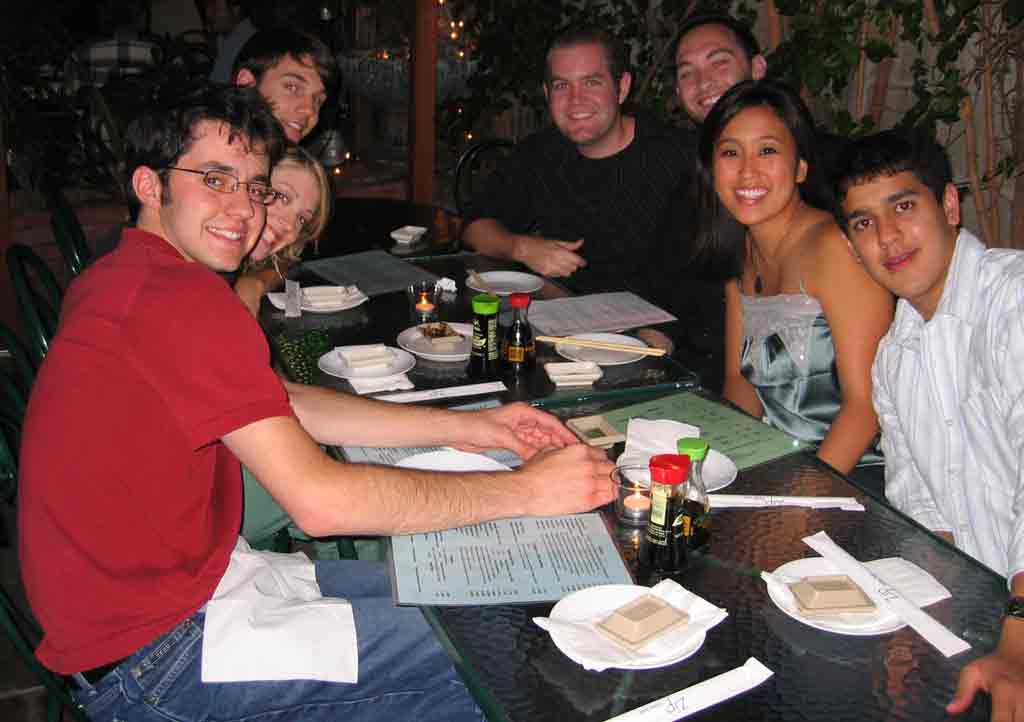 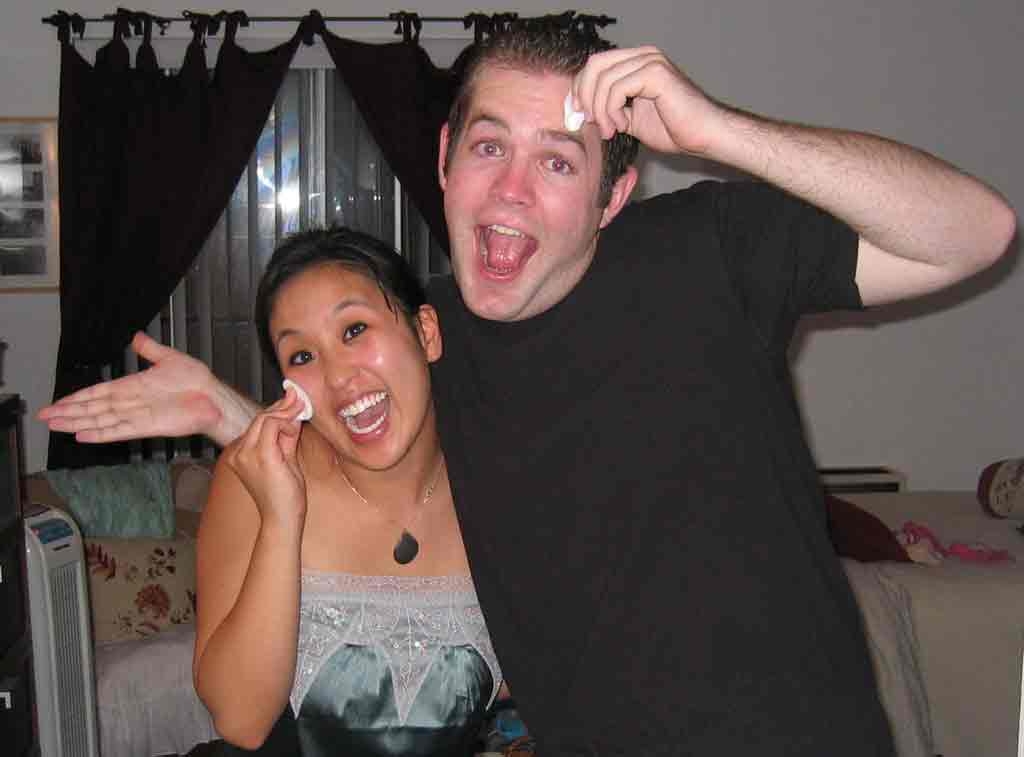 2008 — Joe and I go to a small dinner at one of our favorite restaurants.  As further proof of the fact that we’re 65 (as if the 6 p.m. dinner resy wasn’t enough), the night will probably wind down around 10.  We fully intend on watching the cinematic masterpiece Harold and Kumar: Escape from Guantanmo Bay OnDemand, in bed, in our pajamas.  It seems that I’m getting easier to please the older I get.